This must be the place: I get the urge for going, but I never seem to go 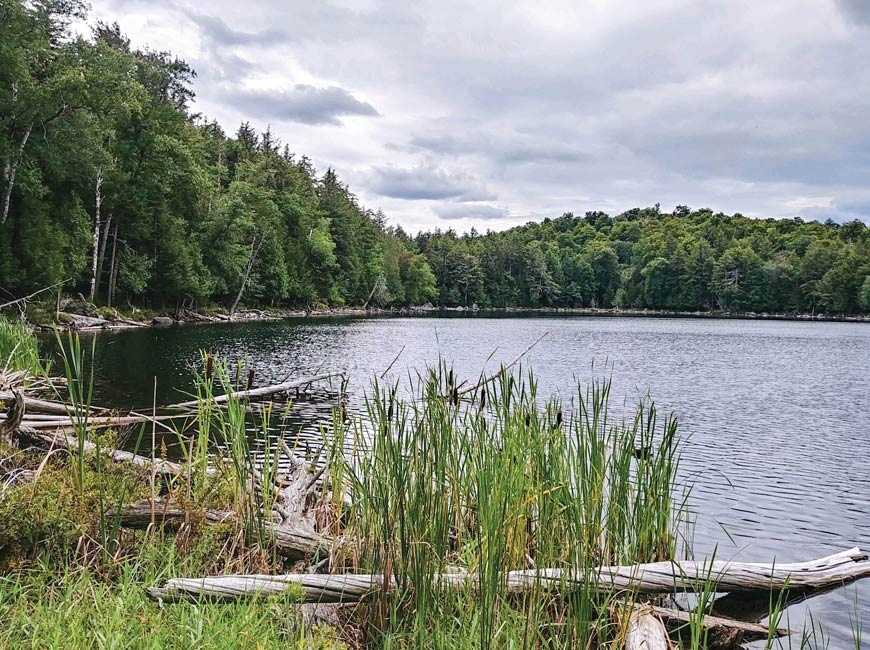 Labor Day 2020. After finishing up my arts feature for this week’s newspaper, I jumped into the old Tacoma and headed for Lake Logan to swim and layout in the sunshine of a fading summer. Park down the gravel road and grab a seat on the dock. Pop open a cold beverage and hoist it high to those familiar and beloved faces surrounding you.

Later that night, I found myself at my dear friends’ house out near Allens Creek in Waynesville. The last of the sun’s rays were falling behind the mountain ridge as we sat on their front porch listening to the bugs humming in the trees and the nearby field. After dinner, we all decided to watch the new Charlie Kaufman film “I’m Thinking of Ending Things” on Netflix.

Known for his staggering cinematic works like “Eternal Sunshine of the Spotless Mind,” “Adaptation” and “Being John Malkovich,” his latest flick swirls around the idea of loneliness, delusions of grandeur and what it means to realize how quickly time flies when, well, you’re not having fun. It’s a dizzying spectacle of a film, of which it set my mind and thoughts into a frenzy.

Of course, this is a very distilled take on an incredibly complex film. But, in essence, it shows the mindset many of us have about how different things could have turned out in our lives if one thing was changed: if you’d gone left instead of right, had chosen this significant other instead of someone else. Missed opportunities and ignored red flags. Thinking “it’s never too late,” but then realizing the sands of time have almost disappeared from your hourglass.

Once the film ended, I got back into the Tacoma and headed back down the mountain to my humble abode in downtown Waynesville. The entire drive I kept thinking about my current reality in Western North Carolina.

What if I never took the job at this newspaper? Would I even ever know my friends, swim in that lake, watch that film with them, head back to that apartment in that town I’ve called home since 2012?

Yes, that train of thought can lead to an existential crisis of sorts. But, it’s always something in the back of your head, the notion of cause and effect in every single move you make, for good or ill.

We either constantly look over our shoulder at where we were and look down at where we stand, or we simply put faith into the cosmos that your path is your path, and you just have to trust that the outcome will, ultimately, workout in your favor (this also brings in the idea of “good karma,” of which I’m a subscriber).

There’s a scene in “I’m Thinking of Ending Things” where the main character talks about being a janitor and the odd feeling of seeing these young faces year-after-year graduate school with high hopes and aspirations, only to run into them — like clockwork a year or so later — working behind some counter in the same small rural town, eventually fading into the landscape of their once promising youth.

Now, first and foremost, “it is what it is,” in terms of who you are, what you want to do, and where you want to end up. What some folks might find as stability and happiness (having a family, career, home), others may view as chains that hold them down from flight. And vice versa, where seeing someone walk through life with a devil-may-care attitude may seem reckless and careless to the next person.

It’s really a matter of perspective, and of introspection, where you must see reality for what it is: real and right in front of you. You can either accept what you wake up into as your place in the grand scheme of things, or you can change that scenery, whether physical or emotional.

For myself, I took that scene from “I’m Thinking of Ending Things” deeply. I grew up in a small town on the Canadian Border. Even as a teenager, I remember that creeping sense of self as graduation approached and we — still kids — had to either jump into our wildest dreams or fall back into the safety net of familiarity in that small town.

That whole “thing” triggers anxiety, doubt, fear, but also ambition, compassion and drive to persist in your far-reaching endeavors of the heart and soul. And yet, as we grow up and grow apart, we all daydream about the other side of the fence, that whole “grass is greener” adage, which usually is always on all of our minds, regardless of what side we may stand on.

I never wanted to become an adult and get older with regret. I always ran for the horizon. I still chase after dreams like butterflies just out of reach, that will land on you when you’re ready, and calm and collected.

And yet, there is loneliness and alienation in that, too, where you still have to work on yourself and how you view the world outside your front door as an opportunity and not an obstacle. Every human being is an evolving work in progress, where each day it’s about aiming to be a better person than you were the day before.

Whether you pursue your dreams or decide another course (which can also unlock new, unknown dreams), what everything truly — and honestly — comes down to is memories made and remembered with friends and family. The older you get, the more you realize that sentiment to be the truth. Do with it what you will. But, when all is said and done for you and me, it will be about moments shared with loved ones.