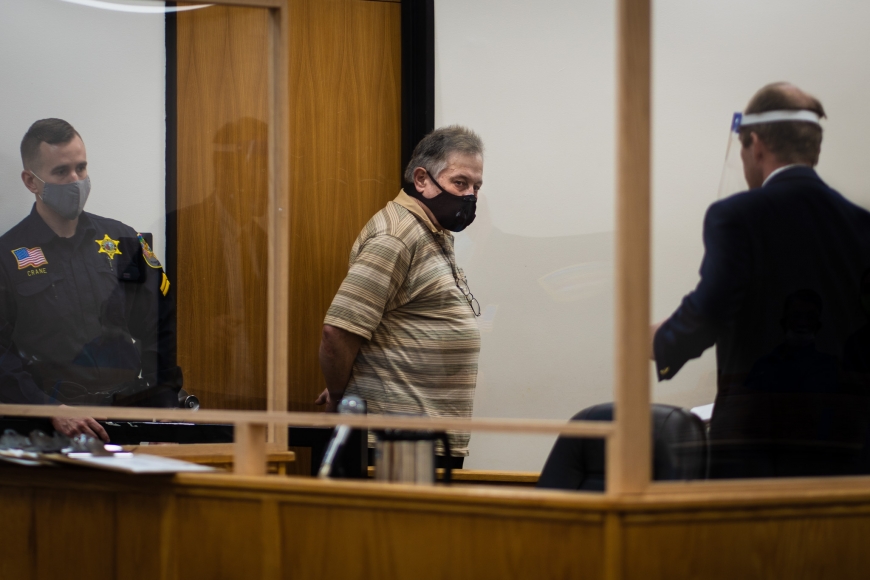 District Attorney Ashley Hornsby Welch said a key figure in Operation Jawbreaker, a sweep two years ago of suspected local drug dealers acting in concert on a two-state level, was arrested Tuesday and charged with harboring a fugitive.

Wade Ennis, 60, is accused of helping James Steele, 47, elude law enforcement after Steele skipped a $2.5 million bond. He did not show up in June as ordered in Macon County Superior Court. Steele also faced arrest in Operation Jawbreaker.

Ennis and Steele were arrested again Aug. 3, this time in Transylvania County. They were charged with possession of methamphetamine and misdemeanor drug paraphernalia. Additionally, Steele was charged with providing fictitious information to an officer.

Ennis’ defense attorney, Wade Collins, argued against the bond revocation, saying the allegations from Transylvania County are, at this juncture, unproven. His client has not fled the jurisdiction since being charged in Jawbreaker, and he would not flee now, Collins told the judge.

The judge set a $700,000 bond for Ennis for the harboring a fugitive in addition to previous bond.