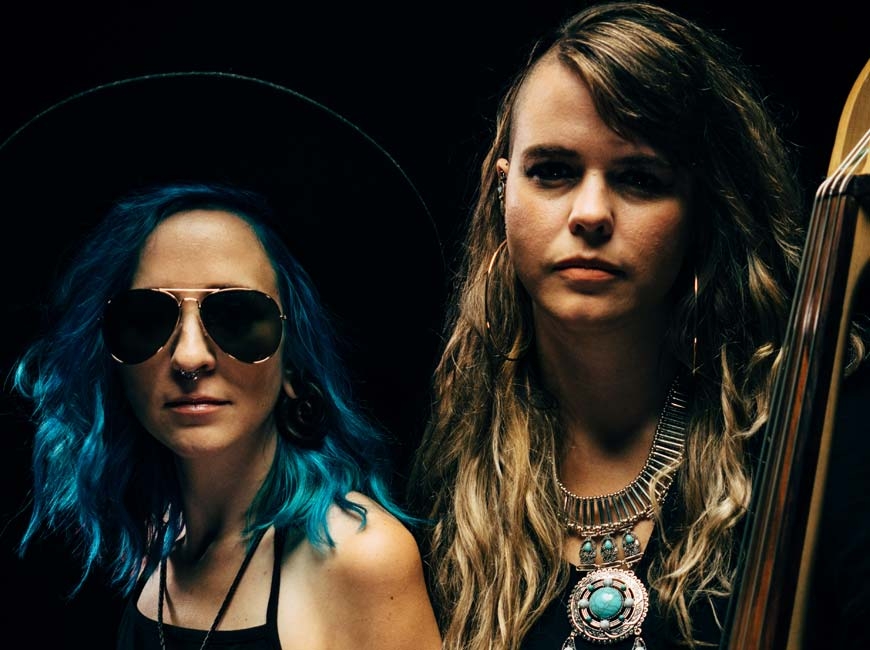 With its latest EP, “Something New: Vol 1,” the Maggie Valley Band is breaking new ground, whether it be sonically or what lies within the creative spirit of the emerging Haywood County act.

In recent years, the sibling duo of Whitney and Caroline Miller (amid a rotating cast of guest backing musicians) have transitioned from an acoustic ensemble pushing the boundaries of folk and mountain music to a melodic entity that constantly stokes the hot coals of Americana and indie-rock stylings.

It’s about the idea of “serving the song,” rather than force it into a cookie cutter formula or particular genre, which may pigeonhole the artistic desire. And though the sights and sounds of the MVB might be more electric nowadays, the sense of purpose and evolving talents behind them — the hell or high-water mentality — remains stronger than ever.

Smoky Mountain News: With the pandemic and shutdown, how did it affect you, personally and professionally? To simply stand still and not be traveling or taking the stage?

Whitney Miller: Professionally, we felt like we were losing so much time. Finances? Yes. But, even more the time. So much of show biz is so weird with a “hit while the iron is hot idea.” We’re wondering if things will ever even be the same.

Personally, we were at a loss of what to do. Our routines and norms gone. That rhythm of life, way too much time to think and not do. But, we keep believing there’s a reason, there’s a lesson here we’ve got to take from all this. This doesn’t have to be a waste. It’s how we use this time that will make the difference.

Caroline Miller: It’s hard. Feels like our world has been flipped. We used to play as much as humanly possible and do whatever we could to work an extra gig in. One time, we did 26 shows in 25 days in 20 different states. That’s how we roll. That’s what we love.

SMN: What spurred on this latest evolution of the band? The sound seems more ambitious, where the genre lines are blurred. Was that the intent of this latest chapter or is that how the group has changed as time has gone on?

CM: I think it’s where we’ve been going. I remember seeing David Mayfield shred an electric guitar at The Grey Eagle back in the day and it changed my idea of what we were limited to. Then, we worked with him and he put some electronic beats in and out, some Black Keys tones in it. We highly value personal growth. Character growth — in our lives and in art we enjoy — is almost always the thing we talk about most. So, it makes sense that our music changes as we do.

SMN: As an independent act, when you look at the landscape of the music industry — onstage, in the studio, finding creative and financial stability — what do you see?

WM: It’s only going to get harder. With fewer venues able to hold on, bands will be competing for fewer stages. It will be a tough recovery, but we can’t quit. What would we do? Not that there aren’t a lot of great things in this life, but when asked what else would we want to do, both of us can’t think of anything — music is the only thing.

CM: Our world is on pause. Yet, everyone feels that way. I do believe live music will come back because everything does in its time. I think what keeps us going is just focusing on what we can do, not what we can’t. We filmed a music video, we made an EP. We’re going to keep focusing on that and leave the rest.

Our circumstances don’t really make us who we are, it simply shows us what’s in our hearts. The song “Something New,” Whitney wrote about how we try to start something new to rid us of the real problem — of working through things.

We both would encourage others to work through the tough things and not avoid the hard things. If you can’t understand another person, does that mean you should stop talking and listen more? Then do it. Embrace the hard things. Whatever the rest of 2020 holds, it won’t all be bad. 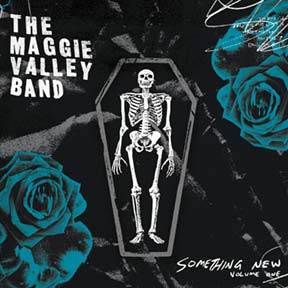 In celebration of the groups new EP, “Something New: Vol. 1,” The Maggie Valley Band will perform at 8 p.m. Saturday, Aug. 29, at Elevated Mountain Distilling Company in Maggie Valley.

There will also be a SOWO Car Show onsite at the distillery. Admission for the entire event (music and car show) will be $5, with all proceeds going to St. Jude Children’s Research Hospital.