This must be the place: Wake now, discover that you are the song that the morning brings 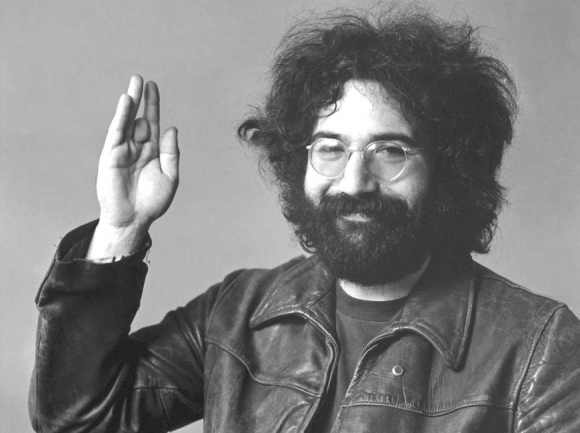 On Aug. 9, 1995, I was 10 years old and living in an old farmhouse on the Canadian Border of Upstate New York.

With my entry into fifth grade just around the corner, I was starting to wind down another curious and carefree North Country summer of swimming, bike riding and backyard shenanigans.

At some point that afternoon, I remember my mother coming into my bedroom and telling me the news: “Jerry Garcia died today.” Lead singer and guitarist for The Grateful Dead, Garcia had finally succumbed to his longtime health issues to pass away at just 53.

I was stunned and saddened, this thought that it couldn’t be true, seeing as I was hoping to finally see the Dead live next summer when they would once again roll through the northeast. Even at 10, I was already deep down the rabbit hole that is the music and culture of the Dead.

The summer before (1994), I was at a family barbecue at my grandparents’ camp on Lake Champlain. Back then, my Aunt Chrissy was dating Al (or “Uncle Al” to me). He worked on the border with my dad and was a huge old-school Dead Head. At the barbecue, he sported this hat with the initials “GD” embroidered on the front, a small teddy bear on the back.

“What does your hat mean?” I asked Al. “It’s the Dead. Have you ever listened to them?” “Nope.” He directed me to his car nearby and turned on the stereo. Soon, the swirling, soothing sounds of “Fire On The Mountain” echoed out of the old Volkswagen Jetta. For some cosmic, serendipitous reason, the tone and feeling just pulled me in — I wanted to hear more.

A few days later, at the now-defunct Ames Department Store, I headed over to the music section and saw the Dead’s “Skeletons From The Closet” album in the CD section. The cover art was wild, so much so I wondered if my mom would even buy it for me seeing as there was a skeleton smoking a joint plastered across the front. But, she did.

Throwing the album onto my small bedroom stereo, “The Golden Road (To Unlimited Devotion)” erupted out of the speakers. I’d never heard anything like the Dead. It was joyous and mysterious, rollicking and adventurous, welcoming and nurturing. I was a kid, but I felt such a genuine kinship and emotional attachment to the sounds filling my ears. In hindsight, what a song title to kick off the eternal quest that is being a Dead Head, eh?

From there, it was asking for Dead T-shirts for Christmas and my birthday (of which my Catholic school nuns were none the wiser of what I was wearing into the classroom). It was picking up any and all Dead albums that I didn’t own whenever I had some allowance money or when Aunt Chrissy and Al wanted to encourage my love of the Dead by playing some of the band’s live performances when I would visit.

After Jerry died, it sparked this trajectory of my life and aspirations that I’m still riding on to this very day. The music of The Grateful Dead taught me compassion and understanding of others. It exposed me to the lore of the open road and what it means to wake up in the morning and head out the door in search of adventure, whether near or far. When you listen to the Dead, you begin to understand not only the endless possibilities of the universe, but also of yourself and your place in it.

Oh, and the friendships. The countless soul brothers and sisters I’ve crossed paths with that now are beloved fixtures in the landscape of my existence, all coming together from a common love and lifestyle that was, and still is, championed by the Dead and its followers. Simply put, when you meet a Dead Head, you already know they are inherently a good soul, one of the highest vibrations of love and light.

And now? Exactly 25 years ago Jerry left us, where I’m still discovering things I adore and admire about the Dead. I’m still wandering and pondering this wide, wondrous world, happily interacting with folks from all walks of life and never once losing my childlike wonder of anything that catch my eye — isn’t that what “it’s” all about anyhow?

At age 35, I’ve crisscrossed the country not only in search of new horizons, but also chasing down the next Dead show (in whatever form the band has taken on over the years) — from Maine to California, Michigan to Tennessee, and seemingly everywhere in-between. With the Dead, it’s about connecting with that next experience, which, like clockwork, fills up your spiritual tank to once again enter society with an overflowing sense of gratitude.

It’s been a quarter-century since we lost you, Jerry. But, your legacy and that of the music itself is stronger than ever — this message of hope and connectivity that’s seemingly at a premium these days when one gazes out the window. And to you reading this right now, throw on some “Eyes of the World” (Hartford, 10/14/1983) and just let the music play.