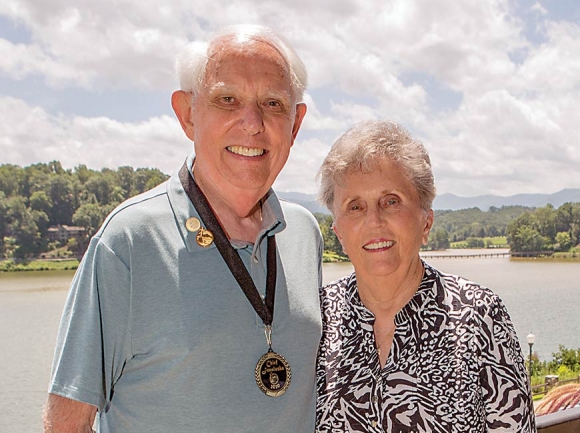 Mississippi native Bowling, a retired United Methodist pastor and district superintendent, first visited Lake Junaluska as a teenager. The 17-year-old youth director at Hattiesburg’s Court Street United Methodist Church, he was asked by the pastor’s wife to drive her and six young women to Youth Week at the Lake.

Years later, Bowling introduced his wife, Robin, to Lake Junaluska on their first wedding anniversary. They returned every year and eventually made it their second home before retiring to Georgia to be closer to family. The couple’s three children spent summers working at the Lake.

Bowling served the North Georgia United Methodist Conference for 40 years and received The Foundation for Evangelism’s Harry Denman Evangelism Award in 2005. One example of his advocacy involves the campground at a time when its future was in doubt. Bowling worked to keep it open to accommodate the many young people who could only afford to visit the lake if they could camp there.