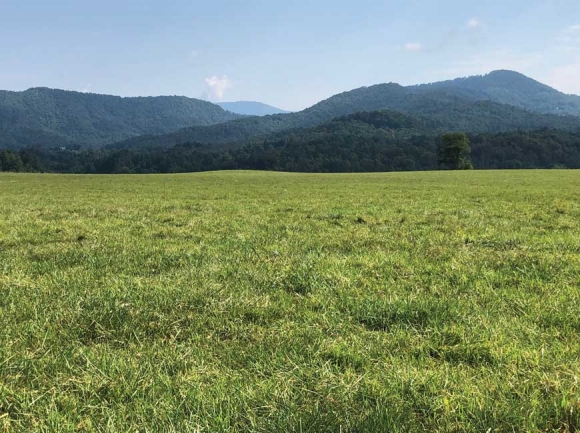 The Watauga Mound site was home to Cherokee people for thousands of years. Mainspring photo

A culturally significant 40-acre property in Macon County has now been conserved, thanks to Mainspring Conservation Trust.

The property, just north of Franklin and south of the Little Tennessee River, is visible from N.C. 28 and includes Watagua Mound and a portion of historic Watagua Town. One of the ancient Cherokee Middle Towns, Watagua Mound is located between Nikwasi and Cowee. Historically, mounds were the center of Cherokee communities, serving as platforms for Cherokee townhouses.

“The Watauga Mound is a very important cultural site in the Cherokee heartland of western North Carolina,” said Dr. Ben Steere, associate professor of anthropology at Western Carolina University and director of the Cherokee Studies program. “Archaeological and historical research indicate that Cherokee and their ancestors have lived near this site for thousands of years.”

Naturalist William Bartram wrote about Watauga from his visit through Western North Carolina in 1775, Steere said, describing it as “an impressive council house rising above nearby houses and gardens.”

The property was acquired in two separate transactions, as the property line ran right through the mound. The first acquisition came from a real estate listing, while the second came when the landowners heard of the conservation project and chose to sell their portion of the mound as well.

“I am grateful that the landowners were willing to work with Mainspring throughout the year-long process as we put all of the pieces together to purchase the two properties,” said Mainspring Executive Director Jordan Smith. “This level farmland with exceptional views was pretty prime for development and I am proud this special place is now protected forever.”

Eastern Band of Cherokee Indians Principal Chief Richard Sneed said the need to protect these mounds is as important as ever.

“Many of the mounds in the Cherokee heartland have been decimated over the last century by intentional destruction, development and agriculture, making the preservation of sites like the Watauga mound of critical importance,” Sneed said. “Through the efforts of many people — including volunteers, Western Carolina University faculty and Mainspring Conservation Trust — the Watauga mound is preserved. We are grateful that this important legacy is being preserved into perpetuity.”