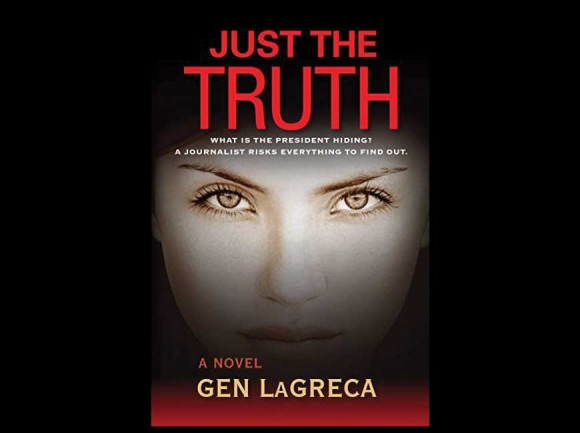 The ancient philosopher Diogenes used to stroll about Athens holding a lantern to the faces of those he met and claiming he was looking for one honest man.

In the public square of modern America, truth can be just as hard to find.

Consider COVID-19. Hard facts about this virus, its prevention, its effect, and its fatality rate, are as rare as water on the moon. We are told we must follow the “science” regarding coronavirus, but that science has become so politicized that it is as useless as some of our governors.

Recently, for example, a group of doctors who have fought on the front lines of the pandemic, treating actual patients, held a news conference Washington, D.C. One of them pointed out that Americans are needlessly living in a spider web of fear. A pediatrician stated that not one student worldwide had infected a teacher. Another had successfully used doxycycline to treat 350 patients, most of them elderly or with underlying health conditions. The number of people watching this video on social media was enormous.

Then YouTube, Facebook, and Twitter pulled the plug on it, which brings a question. Did these platforms ban the video because the medical information was wrong or because the organization sponsoring the event was the Tea Party Patriots?

On another front, we read articles and see pictures of mobs in cities like Portland and Seattle trying to burn federal courthouses, destroying property, and assaulting the police, which some of media and politicians insist are “peaceful protests.”

Once again, facts and truth get twisted out of shape.

In Just The Truth (Winged Victory Press, 2020, 227 pages), novelist Gen LaGreca holds a mirror to our troubled times by telling the story of Laura Taninger, an intrepid journalist who adheres fiercely to the slogan of her grandfather, founder of the Taninger news organization: “Find the truth wherever it hides.” As an investigative reporter and host of the television news show “Just The Truth,” Laura has stumbled onto evidence that the new electronic system being set up for presidential elections may be corrupt. When one of her sources is murdered, and when the federal government begins pressuring Taninger Enterprises, Laura becomes more convinced than ever she is on the right track.

Unfortunately, her father and two of her siblings, Irene and Billie, who serve on the company’s board with Laura, want her to tone down her nightly broadcasts. The government suddenly decides the seats in the new sports stadium built by Taninger Enterprises, Billie’s project, are in violation of federal regulations, and Irene finds the advertisers on her entertainment network backing away because of her sister’s broadcasts. Eventually, they give Laura an ultimatum: either quit this story altogether or face dismissal from her position in the company.

Meanwhile, Laura’s sister Kate, editor for her college paper, writes a piece defending her sister and asking whether the highest officials of the government, including President Ken Martin, are involved in possible voting fraud. Paid protesters appear on campus, occupy the office of the university’s president, and demand the paper be closed and Kate Taninger thrown out of school.

Other characters and situations in Just The Truth seem to spring from today’s headlines. Darcy, adviser to President Martin and author of a guidebook “The New Leader,” makes Machiavelli look like Pollyanna. Sean, a journalist and Laura’s friend — he’s secretly in love with her — leaps at the chance to work in the White House and quickly finds himself forced to issue misinformation and lies about Laura’s broadcasts. Along with Irene and Billie, Laura’s father Clark finds himself torn between allowing Laura her investigation and the sinking advertising revenues and threats via different government agencies.

Just The Truth also addresses language and the way we can twist words and euphemisms to do harm to others or to conceal our real intentions. A demonstration by the “Advocates for Peace and Democracy” leaves ten people hospitalized, dozens of stores looted, and police cars overturned. The mob that wrecks the campus and surrounding area in protest of Kate’s defense of her sister rides under the banner the “Foundation to Enrich Student Life.” The administration doxes Laura, looking into her past for some misdeed to damage her reputation, and when nothing turns up, they simply label her a racist.

In his collection of essays The Leaning Tower of Babel, Richard Mitchell includes this chilling quote from Lenin, who has just received a letter from Kautski: “Why should we bother to reply to Kautski? He would reply to us, and we would have to reply to his reply. There’s no end to that. It will be quite enough for us to announce that Kautski is a traitor to the working class, and everyone will understanding everything.” Because of our technology, we can all play Lenin now. We can dox our opponents, practice cancel culture, or savage them in social media.

Though the ending of Just The Truth is a little too neat — there is, however, a humorous moment when two government officials shoot and wound each other — this book brings a sharp spotlight on mainstream journalism, the corruption in our political system, the hidden forces behind “spontaneous” riots, and the way we use words to smear our opponents.

At the end of the novel, a journalist says to his television audience, “Journalism is the antidote to tyranny. Without it, the liberty we hold so dear will die.”