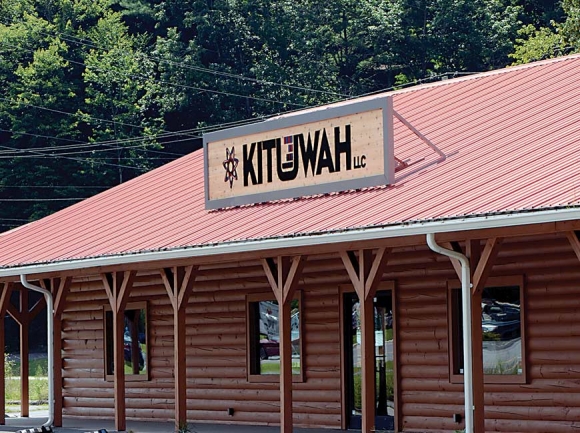 As states throughout the Southeast consider allowing or expanding commercial gaming in their jurisdictions, Tribal Council has voted to enter into a contract with investment bank Innovation Capital that will allow the company to serve as the tribe’s exclusive financial advisor as it seeks to diversify its holdings in the gaming industry.

“Over the course of the next five to seven years, there’s the potential for anywhere between $150 to $250 million in lost revenue to the tribe,” Principal Chief Richard Sneed told Tribal Council July 9. “With that in mind, we have here collectively — this body working with the executive committee and Kituwah LLC — we have opportunities for diversification there, but those opportunities do not present the type of revenue that gaming can produce.”

Innovation Capital specializes in the gaming, leisure, restaurant and retail industries and in particular has experience working with Native American gaming enterprises. The company has brokered more than $9 billion in deals, has an excellent track record and comes highly recommended from Harrah’s parent company Caesars Entertainment, said Sneed. Passing the resolution would mean that Innovation would be the tribe’s advisors and agents in any potential commercial gaming deals it enters into. Contract terms were not included in the resolution itself, and an attached letter outlining those terms was not released to The Smoky Mountain News.

Wolfetown Representative Bo Crowe was not eager to pass the resolution, expressing dismay that Sneed had not put out a request for proposals before selecting the company. Given the severe budget cuts under discussion for tribal government in the year ahead, he said he opposed contract terms that would pay Innovation Capital $50,000 per month and moved to table the resolution until January, when an RFP could be completed.

“On the issue of waiting until January, I can assure you that the opportunities that are out there right now won’t be there in January,” said Sneed.

To Crowe’ criticism about funding the deal in light of coronavirus-related budget cuts, Sneed replied that “they’re two separate issues,” as the budget relies on incoming revenue to fund salaries and services, while the tribe could easily borrow money for any business acquisitions it saw fit to make. Compared to other casino businesses, the ratio of debt to revenue at Cherokee’s casinos is extraordinarily low, making the casinos extremely attractive clients for banks looking to make loans.

The Coronavirus Pandemic has hit the tribe’s casinos quite hard, with the proposed budget for 2021 representing a decrease of $121 million from the current year’s budget. But with state governments in North Carolina, Georgia, Tennessee and Virginia all considering — or, in Virginia’s case, implementing, and in the Catawba Nation’s case, building — commercial gaming, that decrease might not disappear with the pandemic, said Sneed.

“If we don’t make some decision as far as moving into other markets and we miss those opportunities, what we’re experiencing right now with this dramatic drop in revenue will become the new normal, and that’s not fear mongering,” said Sneed. “That’s just a fact.”

Cherokee’s two casino properties are unusually lucrative even in the gaming world, said Sneed. Much of that success is due to the tribe’ regional gaming monopoly, but that monopoly is likely to disappear. Innovation Capital would help the tribe find opportunities to purchase existing gaming businesses, or parts of gaming business, allowing the EBCI to increase its bottom line without taking on the expense of building a new casino from scratch.

While Crowe remained skeptical, ultimately voting against the resolution, other councilmembers were more enthusiastic. Crowe was the sole no vote.

“We’ve got to be the new trailblazers of some new adventure, and hopefully one day our kids and grandkids will sit in these seats as a prosperous tribe, and be able to make some really good decisions that benefit our people,” said Wolfetown Representative Chelsea Saunooke.