Defund the police or back the badge — either way, prepare to pay 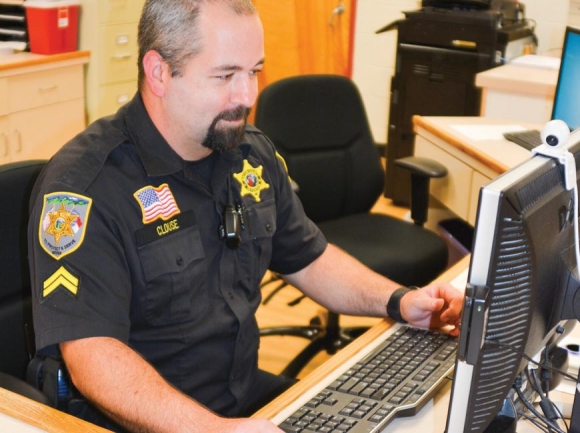 Competing theories as to the nature of proposed police reform have emerged, with one being that law enforcement budgets should be cut drastically and the other being that they should be increased drastically.

Although both theories have the goal of bolstering public safety, the former proposes to achieve that goal through the reallocation of funding to diversionary programs and alternative policing strategies, while the latter proposes increased training, staffing and pay scales commensurate with the nature of the difficult, dangerous tasks law enforcement officers are called upon to perform.

As local governments, taxpayers and voters begin to look long and hard at which route to take, they’re also looking at the cost implications of the various options included in those theories.

In order to contribute to that discussion, The Smoky Mountain News set out to determine what the approximate cost (or savings) to an average taxpayer would be for the hiring or firing of a street-level law enforcement officer in each jurisdiction of our four-county region.

First, it’s important to note how local law enforcement agencies are funded. Each year, on or before July 1, each of North Carolina’s 100 counties and 532 municipalities must pass an annual budget.

That budget is an expression of the priorities that elected officials deem most important to their communities. In almost every single one of them, public safety is the largest single expense.

As those budget costs are added up, some of the money used to fund the budgets comes from property taxes. In North Carolina, the tax rate is expressed in cents per $100 of assessed property value.

Whatever the rate and valuation, it’s that pot of money that provides the public safety budget, which typically includes a diverse array of administrators, clerical workers and facilities as well as all equipment including supplies, uniforms and vehicles.

Tucked away in there are the actual human costs of maintaining a law enforcement agency — their salaries.

Public record requests made by SMN to local government agencies in our core coverage area began in late June and resulted in the compilation of data from 11 different agencies, including the counties of Haywood, Jackson, Macon and Swain, as well as the towns of Bryson City, Canton, Clyde, Franklin, Maggie Valley, Sylva and Waynesville.

The data include salary information for 383 county and city law enforcement agents in that four-county region. What it doesn’t include are the auxiliary costs related to their employment, like payroll overhead, health care coverage and benefits. Those costs can vary widely across departments per local government unit policy.

The salary information also doesn’t include the cost of vehicles or equipment. It’s simply the gross pay for one year of service from a trained law enforcement officer.

Within those parameters, the 11 agencies surveyed spent a combined $15,439,479 on salaries alone during the last fiscal year. Across 383 positions, that works out to an average salary of $40,524 per officer, from the sheriff or chief of police on down to the newest, lowest-ranking officers.

That average, however, is far from the full story. Pay varies widely across departments by duty, experience and rank.

The highest-paid official in this four-county region is Jackson County Sheriff Chip Hall, who made $113,714 last year. Hall also has more than 30 years of experience in law enforcement.

The lowest salary, $25,398, goes to a newly-minted detention officer who’s been with Haywood County less than two months.

But detention officers and sheriffs aren’t presently the law enforcement agents under the most scrutiny — it’s the ones doing the bulk of the enforcement on the road. Removing administrators and detention personnel from the financial equation, along with bailiffs, part-timers, medical personnel, translators and the like, yields an average salary for street-level officers of $33,400.

That, too, varies by department and ranges from a high of $39,343 at the Maggie Valley Police Department to a low of $32,710 at the Swain County Sheriff’s Office.

Thus, the actual cost of one average street-level police officer’s salary to an individual taxpayer within that jurisdiction is a fairly straightforward equation.

Going back to the Haywood County example, if a one cent increase in property taxes generates about $750,000, and the average salary for a deputy is $38,401, the county could theoretically hire 19 more deputies at that salary with a one cent tax increase.

That puts the cost of one Haywood County Sheriff’s Deputy salary at about $1.08 per year, for the owner of a median valued home.

In Franklin, where the median value, tax rate and average salary are all lower than Haywood County, that number is much higher — about $10.41 per officer.

In Jackson County, where the median value is higher, but the tax rate and average salary are lower, it’s about 88 cents per deputy. Those numbers work in reverse, as well.

Defunding the Haywood County Sheriff’s Office by eliminating 19 deputies — there are only about 29 of them — would save the county about $750,000 on salaries alone and allow the county to lower the property tax rate by one full cent, shaving $21.02 off of the $1,229.91 property tax bill of the owner of a home valued at $210,241.

Whether social workers can accomplish that remains the subject of great debate, but there’s a cost-benefit equation at play there, too. The average salary of an MSW social worker in the greater Asheville market is between $48,000 and $72,000.

Eliminating 19 Haywood deputies might save $750,000 in salary cost, but that would only be enough to hire between 10 and 15 social workers.

In light of those numbers, what’s yet to be seen is the political will either to defund departments and hire expensive replacements with unproven effectiveness, or to call for tax increases to pay for increased law enforcement training, staffing or higher salaries that could attract more qualified candidates.

Either way, when it comes to police reform, prepare to pay.

Sources for this story and the accompanying lists include www.zillow.com and www.salary.com. Law enforcement salary information was provided by each respective local government unit. Tax rate and budget information comes from publicly available municipal budgets.