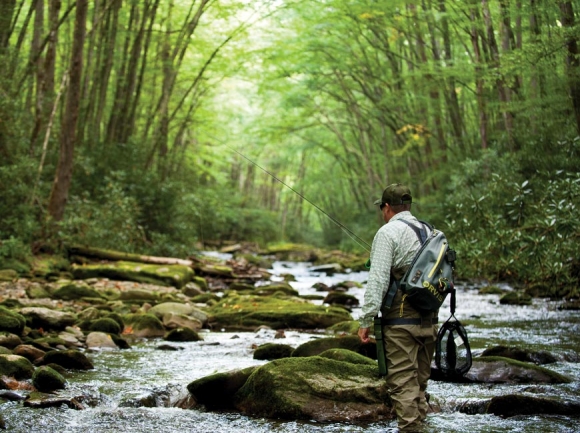 Outdoors groups are hailing a recent vote by the U.S. Senate to pass legislation supporting funding for public lands as a historic victory.

The Senate voted in favor of the legislation on June 17 with a vote of 75-23. If enacted, the Great American Outdoors Act will permanently and fully fund the Land and Water Conservation Fund as well as create a fund to address the $11 billion maintenance backlog on public lands.

The Land and Water Conservation Fund was created in 1964 to protect natural areas using revenues from offshore oil and gas extraction. The initial legislation was good for 25 years, and the program was renewed for a second 25-year period ending Sept. 30, 2015. It was then given a short-term extension for three years, but efforts to permanently reauthorize it failed before the program’s sunset on Sept. 30, 2018. The program was permanently reauthorized last year, but advocates have since set about working toward securing full funding for the program, as revenues had been diverted since the fund’s creation.

Funding for deferred maintenance at the nation’s national parks and other public lands will help repair deteriorating roads, visitor centers and facilities, including the more than $400 million in backlogged needs for North Carolina.

“The need to safeguard the funding that goes towards our public lands, ensure they are protected and maintained, and guarantee we are providing safe, welcoming opportunities for all people to benefit from them is more urgent than ever,” said Jamie Williams, president of The Wilderness Society. “Today’s Senate passage of the Great American Outdoors Act gets us a step closer to Congress keeping a promise to the people it serves to invest in the natural, cultural and recreational resources that anchor our communities.”

“Whether you hunt, fish, hike, paddle or simply value the ecological services these habitats provide, public lands are part of our heritage and future,” added Tim Gestwicki, CEO of the N.C. Wildlife Federation. “They belong to all of us and this legislation will ensure our iconic and treasured public lands and cherished natural landscapes will endure for future generations.”

North Carolina Senators Richard Burr and Thom Tillis are co-sponsors of the legislation, which now moves to the House of Representatives.