Walter moves on to a far greener cow pasture 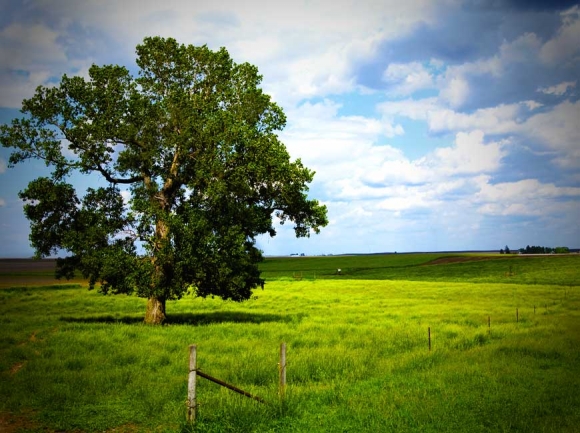 Maybe we should have named our beagle-mix Lazarus, so often did he seemingly come back from the dead over the years. But we named him Walter and we figure he must have turned 18 earlier this year. There have been days when we didn’t think he could get up, days we found him on the porch flat on his belly, his legs splayed in opposite directions like a beginning skier who has fallen and can’t figure out how to get back up. We’d sit with him, give him more Glucosamine, scrub his ears, discuss our options, and hope for the best.

Then he’d bounce back, rising stiffly, risking a few uncertain steps before gathering himself and walking more or less normally, smiling as always. Another near miss. We’d all go about our business, and in an hour or two, we’d see him through the kitchen window chasing cows just as he has for each of the 11 years we’ve lived here, running like a dog half his age.

We adopted him from the animal shelter 14 years ago, when our son was still an infant and our daughter was still just five. We wanted our children to grow up with a dog, just as I had. I guess I am pretty sentimental about dogs. My assertion is this: the love we experience with our dogs is not like anything else in the world. It is pure and uncomplicated, as close to perfect as you’ll find on this side of Saint Peter’s gate.

Walter has always been there, walking the kids to their bus stop every morning when they were little, walking out to greet them again when they came home, waiting patiently all day for them to arrive. As he got older and they got older, old enough to drive themselves to school, we moved his house to the front porch so it would be easier for them to see each other every morning before the kids left for school. We all had to get used to watching out for him when we were in our cars, especially when his hearing began to fail. He was always in the way, and never in a hurry to get out of it.

It got to be a daily ritual these past few years, watching out for Walter as we pulled in or backed out of the driveway. Where’s Walter? Oh, there he is, it’s clear. OK, go ahead. And there Walter would be, smiling as always, heading back to the porch for another long snooze.

Gradually, we became amazed by his longevity. Somebody did the math. “He’s 126 years old. How can a dog his age be chasing cows? You’re a miracle, old boy.” Walter would smile and wag his tail, waiting for a treat.

Last Tuesday evening just after dusk, we were in the kitchen putting together a puzzle on the kitchen table and listening to some music when I suddenly had an impulse.

“Did you see Walter when you came home?” I asked.

I thought I had seen him just before noon, but I couldn’t remember for sure. It wasn’t unusual for him to wander the pasture above our house for a few hours, or to dip under the fence into our backyard, roaming around beneath our towering maples or snoozing under the treehouse. But I felt unsettled for some reason, so I went out back to check. I found him splayed out on the ground, unable to move. That wasn’t exactly new, but the look in his eyes was. In that instant I knew it was all over. Our long, beautiful run together was coming to an end, somehow a long time coming and stunningly abrupt at the same time, the way death can be.

I kneeled beside him, tried to adjust him to make him more comfortable, scrubbed his ears and talked to him, then went to get Tammy. We put him on a blanket, moved him inside, and then found enough painkillers and sedatives to make him as comfortable as we possibly could. We sat with him for a long time, then called down the kids so they spend some time with him, first as a family, and then individually.

The next day, we buried Walter in the pasture where he loved to chase those cows. The cows assembled on the hill just above us, maybe 30 feet or so away, as we laid him to rest. We had a brief service, each of us sharing our favorite memories of him. The cows remained, curious and composed, paying their respects.

Every morning, we can look out our kitchen window and see where he is buried, just up on the hill not far behind a Japanese maple he like to sit under and keep guard over the house, making sure all was well, everyone accounted for.

This way, we’ll always be able to watch out for each other.