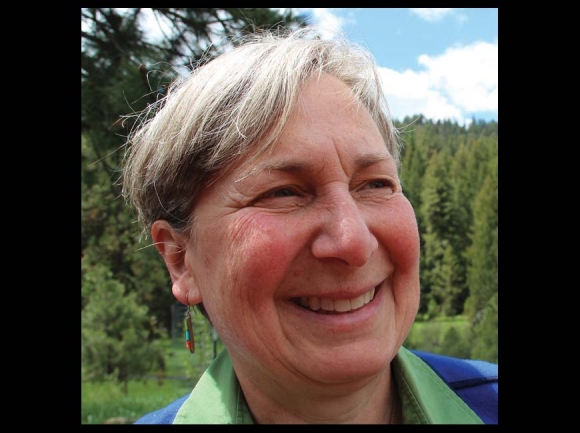 Nikwasi Initiative, a new nonprofit established in 2018 with the mission of preserving the Nikwasi Mound in downtown Franklin and expanding access and educational activities, has hired its first executive director.

Nikwasi Initiative board member Bob McCollum recently gave Franklin Town Council an update on the nonprofit’s work since the board voted unanimously last May to deed over the mound property to the new nonprofit to manage. The town had ownership of the mound since 1946 and even though the Eastern Band of Cherokee Indians tried several times to reclaim the native land in recent years, the town board has refused.

Nikwasi Initiative formed as a collaborative effort between representatives of Franklin, Macon County, EBCI and Mainspring Conservation Trust. Their goal was to obtain the mound and use adjacent properties to highlight local Cherokee history. The mound will also be part of a larger scenic cultural corridor stretching from Otto to the Qualla Boundary.

The transfer of the deed didn’t come without controversy as some Macon residents didn’t want to entrust the mound to a new entity, but now that the issue has been resolved the nonprofit has been steadily making progress.

After a nationwide search last November, the NI board of directors hired Elaine Eisenbraun to lead the organization. Eisenbraun is from Long Creek, Oregon, and plans to relocate to Franklin soon. She began the job April 1. In a letter written to friends and supporters of NI, Eisenbraun said she was excited to embark on such an innovative project.

“The first time I discovered the work of Nikwasi Initiative, I was awed by the creativity that must have welled up in this community in order to achieve such extraordinary outcomes,” she wrote. “Not many local groups could be so effective, and I allowed myself to feel a bond to a collection of people who can faithfully work together to translate big dreams into brilliant reality. Yours is a very special neighborhood of people.”

In her new role, she said she recognized that her responsibilities extend well beyond the core of the organization and into the entire community and region because of the cultural importance of the mound.

“Perhaps, what is most exciting to me about Nikwasi Initiative is that it is about life — the lives of yesterday, the people of today, and those that will follow, tomorrow — all woven together in culture and heritage,” she wrote.

In the past, Eisenbraun has served as executive director for three other organizations — an outdoor education center, a large river and landscape restoration organization and a healing arts start-up. At the same time, she consulted for countless other nonprofits. She studied forestry in undergraduate school and received a master’s degree in business leadership.

“But, if you really want to know the person who will guide Nikwasi Initiative forward, it would be good to look to the many other jobs I’ve enjoyed, including time spent as a teacher, farmer, forester, wilderness guide, ski patrolman, and knitting instructor,” she said. “I’ve volunteered in Hospice, Girl and Boy Scouts, Meals-on-wheels, and many community groups. Currently, I serve as an advisor to the EPA on Environmental Education. I love to write, walk, jog, garden, recite poetry, learn languages, and play music.”