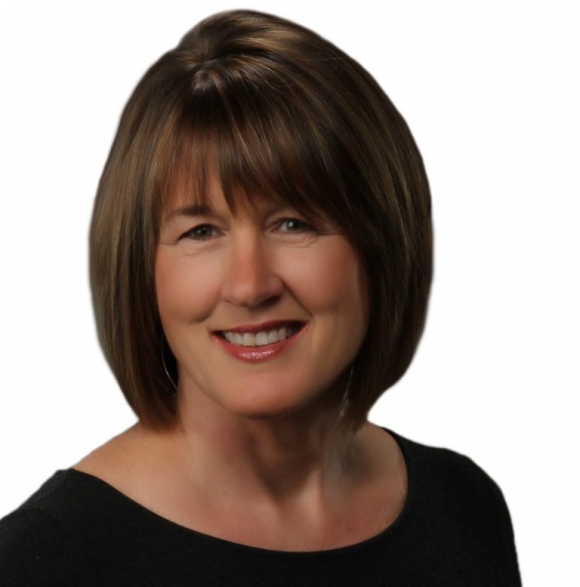 Republican congressional-candidate Lynda Bennett, who hopes to win the District 11 seat recently vacated by her political patron Mark Meadows, is calling for an immediate end to North Carolina’s stay-home order, calling pandemic restrictions an infringement “on our rights and freedom.”

In a radio interview with ultra-conservative Breitbart News last weekend and in frequent follow-up comments on her Twitter and Facebook feeds, Bennett has sharply criticized Gov. Roy Cooper’s decision to extend the restrictions through May 8, referring to them as “politics.”  Yet the governor’s policy is in alignment with guidelines issued by the federal Centers for Disease Control and President Trump’s corona virus task force, which set benchmarks to be met indicating the contagion is slowing and deaths are trending downward before lifting the restrictions.

“Our governor must put politics aside and do what is best for North Carolina,” said Bennett, a Maggie Valley real estate businesswoman. “We must get back to work and restore economic prosperity for our families and small businesses. We will not let big government dictate our rights and freedom like this!”

Bennett has been endorsed by Meadows, who earlier this year resigned the seat encompassing Asheville and surrounding counties to become President Trump’s chief of staff. Despite Meadows’ backing and that of the House Freedom Caucus and other conservative groups, she fell short of amassing the votes needed in the state’s March 3 primary to win the GOP nomination. She faces Henderson County real-estate investor Madison Cawthorn in a June 23 run-off. The winner will face Democrat Morris (Moe) Davis, a retired Air Force colonel and military judge from Asheville.

Both Cawthorn and Davis criticized Bennett’s move and said they supported the governor’s adherence to the federal guidelines, which Cawthorn called “wise and smart.

“We haven’t likely hit the peak in North Carolina,” he continued. “Throwing all caution to the wind is not right.”

Davis said he anticipated that voters will take the candidates’ positions on reopening the economy into account when they cast ballots in the Nov. 3 general election. The Democrat said a rebound of the COVID-19 virus in the fall could impact those decisions.

“I’d rather go through this one time than to prematurely lift [the restrictions] and have to go through it again,” Davis said.

Bennett, a veteran leader of the GOP organization in Haywood County, touts her endorsements by former Congressman Meadows and his wife Debbie, as well as by Ohio U.S. Rep. Jim Jordan, who, with Meadows, were outspoken defenders of President Trump in the run-up to the House impeachment. The House Freedom Caucus’ campaign arm, the House Freedom Fund, formerly led by Meadows, has contributed to her campaign.

Bennett’s support for overturning the stay-at-home restrictions comes at a time when neighboring states South Carolina and Georgia – led by Republican governors – have eased theirs despite failing to meet the CDC’s and Trump’s benchmarks.

She has shared social media postings by other advocates of relaxing restrictions including the ReOpenNC organization, which so far has organized three protests in the state capital that openly defied the social-distancing and crowd-gathering guidelines.

And in a tweet on April 24 Bennett wrote: “Churchgoers and protesters in NC and other states are getting arrested for breaking quarantine. Gov. Cooper’s seized power and trampling the First Amendment underfoot. Let’s send the Left a clear message: Our rights do not come with an asterisk!”

Bennett’s alignment with groups favoring an immediate lifting of Cooper’s order carries some risk, especially if she wins the GOP nomination and the issue extends into the general election campaign. A recent statewide poll by the Raleigh-based Public Policy Polling suggests that North Carolinians overwhelmingly place health concerns over economic ones.

And, as has occurred in other states, the main group organizing the protests in Raleigh, ReOpenNC, has attracted fringe elements, some identified with ultra-rightwing causes. Four leaders were arrested during last week’s protest

University of North Carolina-Charlotte associate professor Shannon Reid, whose research focuses on fringe groups, said a small number of the participants have ties to white-supremacy and anti-Semitic causes. These participants are often affiliated with the Proud Boys and Patriot Prayer group, she said, which take advantage of protests like these to recruit followers and spread their messages.

“Most of the protesters are just frustrated by the situation and they want to be able to go to church and to Applebee’s and to the barber shop and the beauty shop,” Reid said. “But some of them see the protests as a chance to get new followers, especially young men, who go for their conspiracy theories about who is responsible for the pandemic.”

In a video on her Facebook page, Bennett cites her own situation as a business owner “flattened” by the restrictions, and adds with a pointed reference to the virus’ Chinese origin: “It’s time to reopen America and get our nation back to work. This Wuhan virus is not just a health crisis, it is an economic one as well. We’ve done our part to protect our communities, and now we need to help our families get back on their feet in the safest way possible.”

In an interview on Breitbart News Saturday she complained that Gov. Cooper’s order, if carried out according to the CDC recommended timetable, won’t allow the first phase of relaxed restrictions to begin until mid-May, with two additional phases stretching a month or more beyond that.

“We’re really ready to get back to work, get started, and get the process started, and here in North Carolina, we’re doers,” she said on Facebook.

She didn’t respond to detailed requests to comment for this story.

The governor and Dr. Mandy Cohen, secretary of the North Carolina Health and Human Services Department have said the restrictions against such things as in-restaurant dining, unnecessary travel, large gatherings and closure of barber shops and beauty salons will remain in place until there is a period of 14 days where there is no increase in COVID-19 illnesses or confirmed cases; no increase in deaths; a ramp-up of testing for the virus, and the availability of sufficient personal-protective equipment for all hospital COVID workers and first-responders.

Even then, Cooper has said, the reopening will proceed through two additional phases with benchmarks to be met before much of the state’s economy will be able to function, possibly by early summer.

A leader of the ReOpenNC protests, Ashley Elaina Smith, told the gathering on Tuesday that her group is determined to intensify its demand for the restrictions to be lifted.

"Our protests will continue. Our civil disobedience will accelerate," Smith said prior to her arrest. "Our faith in the police has diminished. We will open North Carolina."

For Bennett and other candidates facing voters, taking an early position on reopening before the recommended health benchmarks are met could have political repercussions. A poll of North Carolina voters released last week found strong opposition to a premature reopening. The survey by Public Policy Polling reported that only 19 percent of those surveyed favored the protests and 69 percent opposed.

The survey also found that 80 percent said the current restrictions should either remain or be strengthened, while just 16 percent favored lifting them.

For Bennett, who has tied her fate to that of President Trump, the poll carried another sign of potential danger for her candidacy: Among self-identified Trump voters, 69 percent favored keeping to the guidelines while 26 percent said restrictions on social distancing should be abolished.

The protest organized by ReOpenNC last week, where an estimated 350 participants gathered without adhering to social distancing, were met by counter-protesters led by many health-care workers wearing face masks, surgical scrubs and standing several feet apart who carried the message that they were the ones whose health could be endangered without restrictions.

One of the ReOpen NC leaders, Audrey Whitlock, speaking at the protest admitted in a Facebook post that she had tested positive for COVID-19 despite showing no symptoms and had just completed a 14-day quarantine.

Written by Tom Fielder. Content provided by AVL Watchdog is a nonprofit news team producing stories that matter to Asheville and Buncombe County.  Tom Fiedler is a Pulitzer Prize-winning journalist and resident of Asheville. Contact us at This email address is being protected from spambots. You need JavaScript enabled to view it..