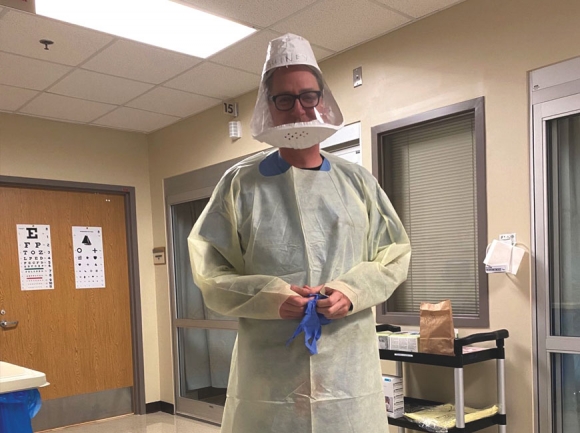 Like nearly everyone else in the country, Dr. Ben Guiney experienced a rush of dread as news of the novel coronavirus’ spread hit the headlines, but Guiney had more reason than most to worry.

In addition to being a husband and father of a young child, he’s an emergency room doctor at Harris Regional Hospital. If the virus were to flare up in Jackson County, he’d stand a good chance of being exposed and of potentially bringing the disease home to his family. In those early days, he and his wife talked about having him live in their camper until it was all over, but they decided against it. Instead, they settled for a new routine that involves stripping down upon entering the house, throwing the clothes in the laundry and immediately going for a shower.

Calm before the storm

Guiney described that time as carrying an ominous, “before the storm” type of feeling. But as weeks went by with only a smattering of cases, the sentiment shifted.

Things have been slow at the Harris emergency room, and at emergency rooms across the country in areas not experiencing coronavirus flare-ups, said Guiney, speaking based on his own experience rather than a representative of the hospital as a whole. It’s hard to say exactly why that’s the case, though the fact that kids aren’t at school passing germs around likely has a lot to do with it. People aren’t out and about as much, getting in accidents or exacerbating chronic conditions, and it’s likely that the people who don’t really need an emergency room but might make a just-to-be-sure visit under normal circumstances are staying home.

“I want people to understand it’s not that it’s not coming here,” said Guiney. “It’s that we are keeping it from coming here by everything we’re doing. The volumes are down in the ER because people are staying home.”

The future continues to be a question mark, because everybody can’t continue staying home indefinitely. What will happen as things start opening back up and out-of-state visitors return to the mountains?

LaCrystal Gordon, chief nursing officer at Harris, has also seen the crisis make its mark on her personal life. She’s used to traveling every two weeks for a visit with her father, but because his age and medical history make him vulnerable to COVID-19, they’ve had to pause the in-person visits.

“My dad and I are very close, and not being able to see him and get one of those dad hugs from him has been difficult,” she said. “That’s not a unique situation. There are so many folks across the country that are dealing with the same sort of situation, but for me personally that’s been a tough one.”

On the professional side, though, Gordon said she has nothing but pride for the hospital and its staff. While she said she wants to make it “very clear” that Harris’ employees were heroes prior to COVID-19, “today our heroes are very easily identified because they’re literally wearing masks and capes.”

Things are certainly different around the hospital due to COVID-related precautions. Harris has limited facility access points and pre-screens visitors for coronavirus symptoms before allowing them to enter. There are additional hygiene stations throughout the facility, limits on visitation, and postponement of elective and outpatient procedures. And, of course, there are the ever-present masks and gowns. The hospital is well-stocked on personal protective equipment and doesn’t anticipate experiencing the shortages reported in other areas of the country, Gordon said. 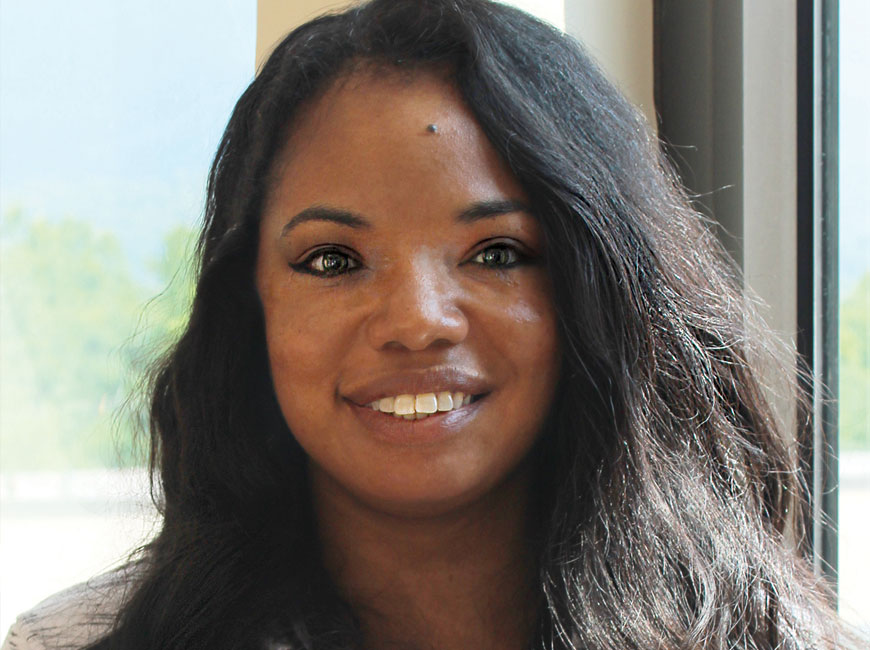 Over at Blue Ridge Community Health in Sylva, things are starting to settle down to a new normal, said pediatrician Dr. Judy Seago, a far cry from the constant shifting and uncertainty of the early weeks of the pandemic.

“The first week or two of the lockdown or such we had huddles at the end of the day, every day,” she said. “Constant emails from administration, and lots of times things have all changed from the morning to the afternoon as to how we were supposed to handle things, so that was a little crazy, but everyone seemed to roll along with it.”

Like Guiney, Seago said that things have been less busy than usual in the past month or so. That’s partially due to the school closures, where most of Seago’s patients acquire their germs, but also due to widespread cancellation of well visits.

“It is slowly kind of picking up a little more,” she said. “I don’t know if that comes with people getting more comfortable with the whole thing. We have some people coming in for well visits who had cancelled them the first week or two.”

Like Harris, Blue Ridge has made some adjustments to its operations in the wake of the pandemic. All sick patients are now received outdoors, a change that has Seago glad this is all happening in March and April rather than January and February. Staff are also now required to wear masks at all times, though they have had to reuse them, going with recommendations to let masks rest for three days before reusing them.

Seago, who is 60, said that while she doesn’t plan to stop doing her job, she is aware that she’s now slipping into that at-risk age bracket.

“That part is worrisome, but I don’t know — it’s just like, well, we’ll continue to go to work and do the things we always do and try to take precautions to lessen exposure,” she said.

Of course, the question on everyone’s mind is when will this end, and how can we do it as safely as possible.

“It’s scary because we don’t have immunity,” said Seago. “None of us do, so things could change in just a matter of a few days or a week.”

The country can’t stay shut down forever, said Gordon, but there won’t be a silver bullet to a safe reopening.

“The last thing I think we want is to have a second wave of this sweeping over our state and the country,” she said. “I think a slow, strategic plan while still adhering to the social distancing and still adhering to those strict hand washing rules and still utilizing masks in public is going to be prudent.”

For Guiney, testing is the key. To reopen safely, he said we need to know who is sick and then isolate those people so they don’t infect others. In the meantime, wearing masks in public will have to be the new normal until a vaccine can be developed and distributed — and that could take years.

All these shutdowns have hit individual lives and the economy as a whole with dynamite force. As a doctor, Guiney’s convinced that it’s been the right thing to do. But as a member of the Sylva Board of Commissioners, he’s also acutely aware of the toll this is taking on the town he loves.

“I’m in this interesting position, where thank you everybody for doing your thing and closing the town down and keeping the ER not overwhelmed. On the other side, as a town board member I’m like, ‘Oh my gosh, the town is freefalling.’ All the businesses and the workers and everybody is suffering so much,” he said. “It’s hard.”