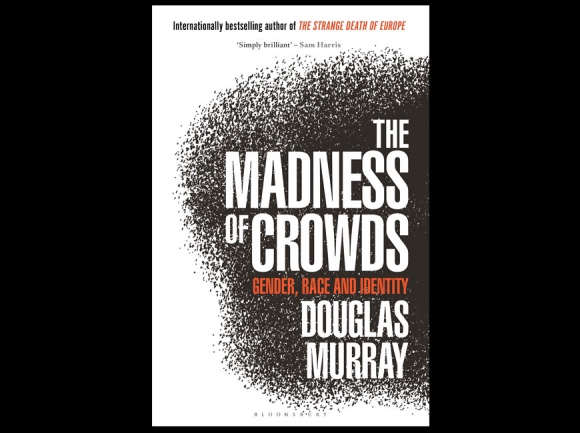 Our culture was coming apart at the seams; politics ruled supreme, and those who had made politics their god — and there are many who do so — often seemed bonkers, nuttier than Uncle Billy Bob that time he’d had a bit too much hooch, stripped himself naked, climbed the flagpole at the courthouse, and refused to come down unless Sophia Loren promised to marry him.

I can now search five or six days online and not find a single complaint about racism, sexism, or any other “ism.” His detractors did accuse Donald Trump of racism for referring to the flu as “The Chinese Virus,” but otherwise the hurling of epithets, the finger pointing, and the dreary virtue signaling have ended. As in the case of our movie theaters, restaurants, and schools, COVID-19 has shut down identity politics.

Funny what a pandemic does.

Or should I say pandemics? Because America right now is undergoing two pandemics: The first deriving from COVID-19, the second from the fear and hysteria that have infected our society.

And now the book review for this week.

Given our corona-craziness, I was drawn to read The Madness Of Crowds: Gender, Race and Identity (Bloomsbury Continuum, 2019, 280 pages). Here Douglas Murray, author of the excellent The Strange Death Of Europe, begins his book with these words:

We are going through a great crowd derangement. In public and in private, both online and off, people are behaving in ways that are increasingly irrational, feverish, herd-like and simply unpleasant. The daily news cycle is filled with the consequences. Yet while we see the symptoms everywhere, we do not see the causes.’

We might apply those same observations to our current situation, but Murray is addressing the issue of identity politics, breaking his book into four main parts: Gay, Women, Race, and Trans.

Murray, who is gay, looks at how we have gone off the rails in regard to these subjects, how what began as noble causes — rights for the LGBT crowd, racial minorities, and women — have become issues tearing apart our culture. Citing scores of examples from the headlines of the last 30 years and from his personal experience, Murray demonstrates how and why we have given way to a dangerous tribalism. One example: in March 2019, Professor Robin DiAngelo spoke at Boston University. DiAngelo specializes in “whiteness studies,” is the author of White Fragility, and is white herself. As summed up by Murray, DiAngelo at one point in her speech told her audience that “white people who see people as individuals rather than by their skin color are in fact ‘dangerous.’”

In his 1963 speech at the Lincoln Memorial, Martin Luther King spoke of his hope that his children would “one day live in a nation where they will not be judged by the color of their skin but by the content of their character.” As Murray points out, DiAngelo has “inverted” King’s vision.

At the end of The Madness Of Crowds, Murray suggests ways to avoid falling into the pit and folly of identity politics. When, for example, some “attempt to sum up our societies today as monstrous, racist, sexist, homophobic, transphobic patriarchies,” Murray suggests asking the question, “Compared to what?”

For me, the most important among his suggestions was his advice to “depoliticize our lives.” To politicize everything, which Murray believes is the aim of identity politics, can bring only endless frustration, outrage, and ultimately, failure.

Instead, Murray advises “one of the ways to distance ourselves from the madnesses of our times is to retain an interest in politics but not to rely on it as a source of meaning.” As he points out, meaning for most of us can be found in “friends, family and loved ones, in culture, place and wonder.” These are the things that bring us joy.

The Madness of Crowds ends with this thought: “To assume that sex, sexuality and skin colour mean nothing would be ridiculous. But to assume that they mean everything will be fatal.”

The coronavirus has in a strange way brought Americans together. When this pandemic ends — and it will end — let us hope that the tribal politics practiced by some, with its constant emphasis on victimhood, with its irrational rage and its hatred, will be no more.