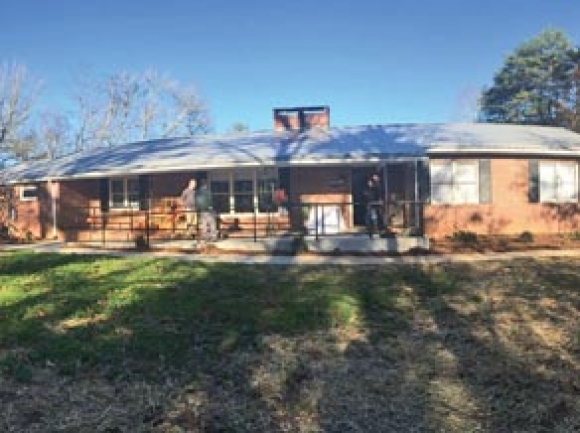 Hawthorn Heights, an emergency shelter for teens in Bryson City, has shut its doors permanently due to financial constraints during the COVID-19 Pandemic.

“We realize the value Hawthorn Heights provides to the community,” Children’s Hope Alliance President and CEO Celeste Dominguez said. “However, with the challenge presented by the coronavirus to ensure the health and safety of the children and staff at Hawthorn Heights, we are no longer able to maintain these services.”

“The decision to let go of Hawthorn Heights wasn’t an easy one, but we realize the intense demand to meet the need for a larger amount of children and families through our community-based and in-home services,” she said.

These are the services Children’s Hope Alliance is focusing its resources on to meet a growing need, especially in the western North Carolina region.

“We want to have the largest impact as possible,” Dominguez said. “And this shift in our focus is the best way to do just that.”

Even though CHA said the closure of the shelter would be permanent, the organization is already working with another provider who will hopefully assume services and staff.  “We anticipate the home will reopen in the near future. The provider will be leasing the CHA facility for a nominal cost,” said Jen Murphy, CHA communications director.

At the beginning of March, six teens were in placement at the shelter in Bryson City — Murphy said five of the teens returned home as planned while the sixth teen left to a level 1 placement in the region.

All employees working at Hawthorn Heights under CHA have been offered positions with the new company, including the program director.

While Hawthorn Heights has provided a temporary refuge for homeless and runaway teenagers in Bryson City since 1976, the operation opened a new facility in 2015. The former shelter house on Patterson Avenue was cramped for space and the layout created supervision problems. The new facility — with the capacity to shelter nine teens at a time — includes 6,400 square feet of space with a large kitchen, living area, recreation area and a full basement. About $840,000 was raised for the first phase of the project.

“The building remains owned by CHA. We have every desire for this beautiful facility to be used to serve children and look forward to this partnership,” Murphy said.

Western North Carolina continues to have a shortage of behavioral health resources for youth, and Hawthorn Heights was the only emergency runaway and homeless youth shelter west of Asheville. Teens age 12-17 came to the shelter in a variety of ways, whether they were referred by the juvenile court system for minor offenses, department of social services, guidance counselors or parents who needed some help.

CHA took over management of Hawthorn Heights in 2014, but the nonprofit organization offers services in 61 counties and has 13 different office locations. Its historic residential campuses are located in Statesville and Banner Elk.