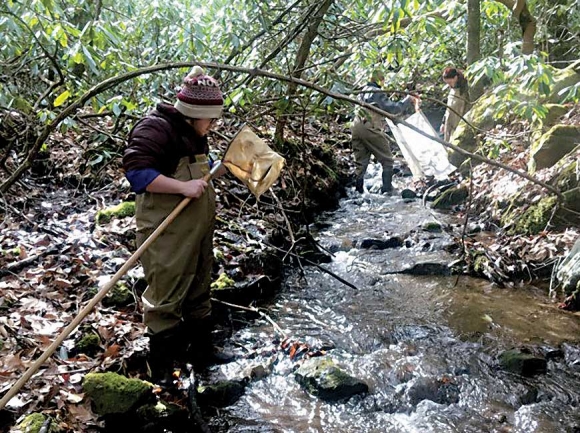 In summer 2018, he had a few interns who needed a project to work on. Love saw that, while literature was starting to show that microplastics were showing up everywhere from the Arctic to the oceans, no research had yet been published examining the situation in Southeastern streams. So, with the students’ help, Love set about investigating the issue.

Because the decline in mussel populations had originally spurred his curiosity, Love wanted to look at microplastic concentrations within mussels living in Western North Carolina. He decided to use Asian clams, in invasive exotic now found throughout the United States, since he figured folks wouldn’t object too strenuously to specimens from that particular species being digested in hydrogen peroxide for the sake of science. The team collected samples from the Little Tennessee, the Tuckasegee River and Cartoogechaye Creek.

Wastewater treatment plants are great at getting rid of fecal matter, but they’re not designed to filter out microplastics, Love explained. Microfibers are a big contributor to the microplastics load coming from these plants — with every load of laundry, a little bit of fiber works its way out of the clothing and into the water, and many wastewater systems have difficulty capturing those materials.

So, microplastics in the samples taken near wastewater plants were expected. What Love did not expect to find, however, were high amounts of microplastics even in Cartoogechaye, which does not have a wastewater treatment plant.

When it’s broken down by gram, though, the ranking shifts. On a per-gram basis, Cartoogechaye had the highest levels of plastic, about 30 particles per gram compared to a low of about 1.7 on the Tuckasegee below Bryson City. Similar research examining the Yangtze River in China came out as Love was conducting his study, and it showed a range of 0.4 to 5.0 microplastics per gram — far fewer than what Love was finding in the Tuckasegee and Little Tennessee. However, it’s important to note that the clams in the Cartoogechaye were smaller, contributing to their higher per-gram levels. 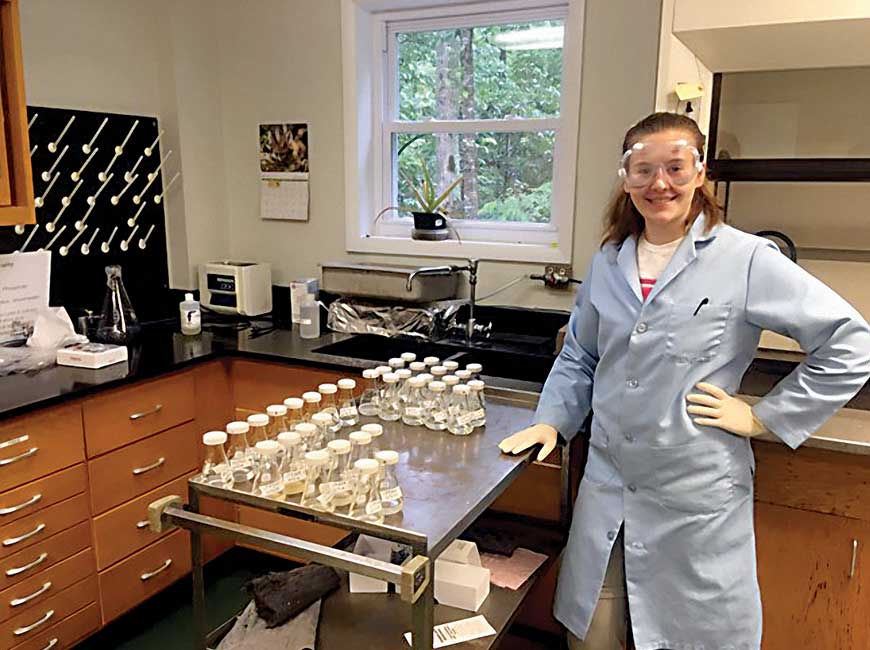 There are a few caveats to this finding, however. First of all, even filters that acted as controls for the study had some microplastics in them; about 1.7 fibers per sample — likely the result of contamination in the air — and the results are still preliminary and unpublished. The numbers Love has so far come from looking under a scope and counting the blue fibers, assuming they’re plastics. The next step is to run the samples through a spectrometer, which will confirm whether the materials are plastics and show what kind of plastics they are. However, he’s still trying to find the specialized equipment necessary to take this necessary next step.

Love also has questions about the mussels themselves. For instance, does a small juvenile mussel filter the same amount of water as an adult mussel, and how would the answer to that question impact the findings?

However, Love isn’t the only person to have announced preliminary findings that show high levels of microplastics in the South.

In 2017, scientist Andreas Fath, a professor in Furtwangen University’s Faculty of Medical and Life Sciences in Germany, completed a 34-day, 652-mile swim of the Tennessee River to collect microplastics data. When he visited the Tennessee Aquarium in 2018, he reported that he’d found microplastic concentrations that were 8,000 percent higher than what he’d previously found in the Rhine River and that the levels were 80 percent higher than in China’s Yangtze River, according to a blog post from the aquarium.

That information came out just as Love was getting some initial results from his study.

“Right after we shared our results to colleagues at Coweeta and in the community, we were a little cautious,” said Love. “We were just very surprised by the results, but his (Fath’s) study found 16 particles per liter in the Tennessee River, which is the highest ever recorded in a freshwater system, so that made us feel a little better about our results.”

Microplastics are an emerging issue that science has only just begun to understand. The term itself wasn’t coined until 2004. According to the National Ocean Service, microplastics are small plastic pieces that measure less than 5 millimeters long, and they can be harmful to aquatic life. However, we don’t yet know exactly how and at what threshold that harm occurs.

“We’re inhaling it, we’re ingesting it — it’s hard to know the effects if you have something that’s everywhere,” Love said. “People shouldn’t be panicking, but people should be concerned, and we as scientists need to start really looking at what those impacts could be.” 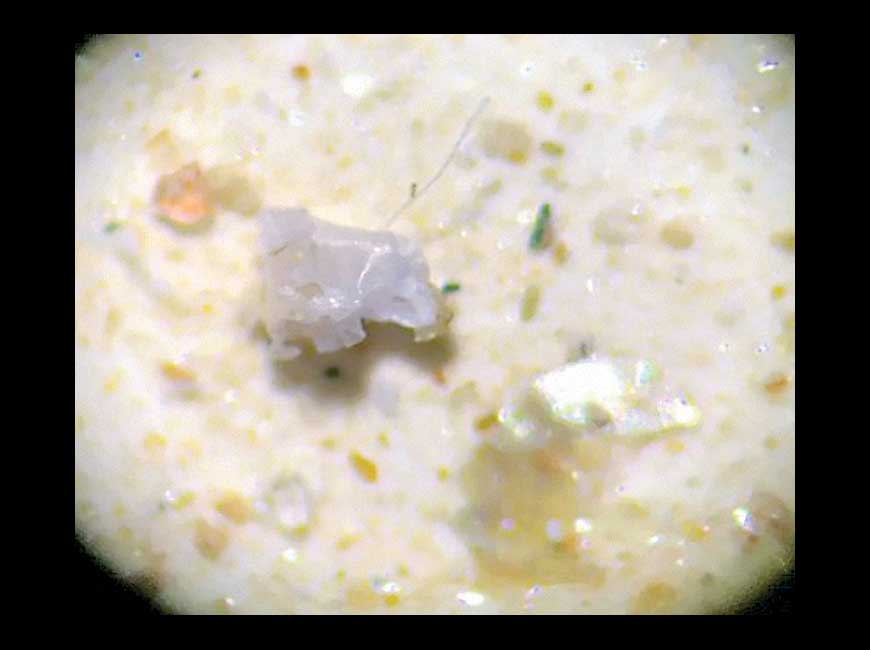 How do microplastics impact people, and at what threshold? What about wildlife, and how does that impact magnify as you move up the food chain? We know that microplastics can attract other toxins and bacteria to stick to their surface as they float through the water — how big of an issue are these clusters?

Love said this work has changed his attitude toward litter in general and plastic in particular.

“We need to start thinking about plastic not just as trash that’s unsightly, but as low-level toxic waste that needs to be dealt with,” he said.

Love is still finalizing his first round of research with the mussels, but he’s already working with students on additional research surrounding the microplastics issue. This time, they’re focusing on headwater streams, measuring microplastic concentrations based on water samples and predatory stoneflies. The results should indicate how much of the problem is due to local sources like litter and wastewater and how much is due to more difficult-to-trace sources, like atmospheric deposition.

“When you’re talking about the headwater streams, these are all forested watersheds, maybe 30 or 40 acres in size, so there is no on-ground source for microplastics,” he said. “If we’re finding them, the only explanation is they’re coming in from the atmosphere and being deposited and accumulating in the streams. But again, we don’t have any results, so this is just speculation that that’s likely where they would come from.”

Luckily, these kinds of questions seem to be gaining more traction in the scientific community. A microplastics workshop for researchers was scheduled for April 2-3 to help these scientists think big about the work that’s needed to better understand where the particles are coming from. However, like much else these days, the event was canceled due to the Coronavirus Pandemic. Sixty people were signed up for the workshop, said Love, revealing a growing interest in the topic.

“Science is trying to catch up,” said Love.