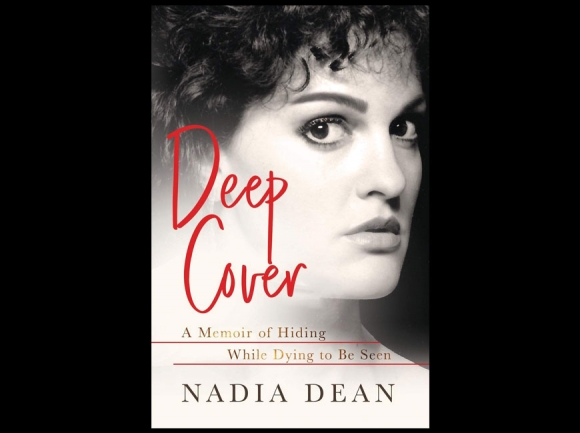 Saint Augustine of Hippo is the granddaddy of all such written confessionals. In his Confessions, he writes with unblinking eyes of all the wrongs he has done in his life, from stealing apples as a child to his mistresses and his wayward path before becoming a Christian. From him are descended the likes of Thomas De Quincy and his Confessions of an English Opium-Eater, Whittaker Chambers of Witness fame, and Sylvia Plath’s account of her mental illness in The Bell Jar.

Writers who undertake such a journey, who are prepared to dissect themselves and examine the pieces, undoubtedly seek to heal, to set the record straight, to look for deeper meaning as to who and what they are, and to perform last rites over a past gone wrong. The best of these memoirs are well-written, unclouded by self-pity or by narcissism, and hopeful in their quest to inspire readers facing similar trials.

In Deep Cover: A Memoir of Hiding While Dying to be Seen (Author Academy Elite, 2019, 202 pages) Nadia Dean hits the bull’s eye on this target.

Here she tells of her decades-long struggle with borderline personality disorder (BPD) and complex post-traumatic stress disorder (CPTSD), and the numerous means — therapy, medication, alcohol and men — she employed to fight against a condition that for a long time remained hidden from her. Here, too, she tells of her erratic forays into the world of work: singing, photography, flight school, television news and filmmaking.

But the main thrust of her story has to do with the abusive men who for so long held power over her. She sums up this situation in this way: “It is one thing to recognize that you have been betrayed by your father, your brother, your husband, your culture, and your country. It takes a deeper level of insight to see that you have also betrayed yourself.”

Dean grew up in an American home divided by culture and religion. Her father was Lebanese and Muslim; her mother was American and Christian. Her well-educated father earned a good living as a professor, but was domineering, erratic in his mood swings, and often berated his wife and two children for minor failings.

As an adolescent, Dean lived in fear of her older brother, Sami, who frequently beat her simply for the pleasure of tormenting her. A narcissist and a psychopath, he stole money from Dean and from his mother, spent wildly on drugs, and was murdered in his twenties for the money in his wallet.

Dean’s husband was a chronic liar — he told her, for example, that he was Lebanese when he was actually Palestinian — a thief since boyhood, and a narcissist like Dean’s brother. He tricked her into marrying him so that he could enter the United States, was fired from job after job for on-site theft or from sheer incompetence, slept with other women, and may have become involved with a terrorist cell. After Dean finally threw him out of the house and out of her life, he stalked her for several years. She approached the federal government, asking repeatedly to have him deported for fraud, and became aware he had become an FBI informant and would remain in the United States.

Other men, especially a boyfriend, Cody, and a fiancé, Aswad, also abused Dean, both physically and verbally.

In Dean’s statement above, she mentions being “betrayed by her culture.” This part was a little confusing, as Dean is a product of two cultures: American and Middle Eastern. If she means her Islamic culture, then the men in her life — her father; a fiancé; her first husband; an avuncular older man, Zachariah Oweiss, an Egyptian Muslim, and Dean’s friend and physician who murders his wife Marianne in an honor killing, beating her head in with a mallet — seem to reflect customs and attitudes very much in line with their background and culture. Insistent on dominating their wives and children, these fathers and husbands give real meaning to the phrase “toxic masculinity” that some people fling about so carelessly these days.

As we follow Nadia Dean’s story, our admiration for her mother grows. She is a rock in Dean’s life, always there when she needs her, always ready to give advice or help when she is able. “My amazing mother,” Dean writes, “became my anchor, many times saving my life.” At one point, her mother, little loved in her own marriage, tells Dean, “The most important thing a father can do for his children is to love their mother.”

Her illnesses, her fears of abandonment from a tender age, clashes in the home growing up, always trying to please her father, playing into the hands of narcissistic men, looking, as the old country song would put it, “for love in all the wrong places:” Nadia Dean endured many challenges, and in the end overcame them.

Deep Cover should inspire not just women who are in similar circumstances, but is a reminder to all of us to pick ourselves up when we are knocked down, dust ourselves off, and continue marching along the path of life.

At the end of Deep Cover, on her way home from her father’s funeral, Dean recollects the men in her life who have hurt her and thinks, I have survived my tormentors.

Sometimes mere survival is a triumph.