The locked gate: Road closure decisions complex in the Smokies 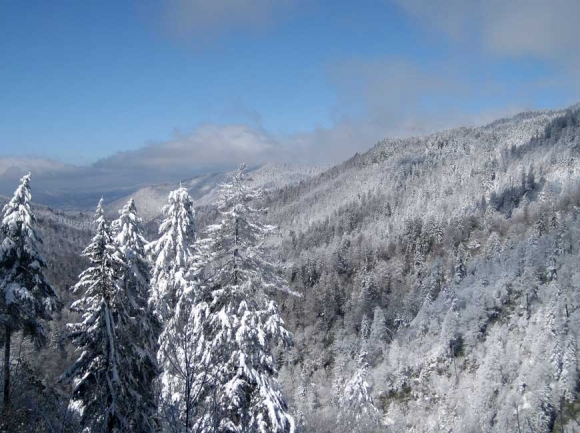 While it can make for dangerous driving conditions, snow intensifies the beauty of the Smokies’ dramatic landscape. Donated photo

Lisa Hendy is an early riser, and when it comes to dealing with snow days in the Great Smoky Mountains National Park that’s a good thing.

As chief ranger, Hendy’s responsibilities are many — but one of them is deciding when, if and for how long to close the roads when the weather gets bad.

“Really what it boils down to is a combination of the forecast and observations on the ground,” she said during a phone call just before 12:30 p.m. Thursday, Feb. 20.

At that time, snow was falling steadily across the region and had been since the day began, though with varying results. In some parts of Western North Carolina and the Great Smoky Mountains, the temperature hung stubbornly above freezing, causing the flakes to melt on impact. But at the higher elevations, the air was colder and the snow was already accumulating. A few degrees can make the difference between wet tires and an icy slide.

To close a road

Hendy had already been awake for more than eight hours, which is typical for her. She rises each morning at 4 a.m., and when severe weather’s in the forecast — as it was that morning — the early wakeup allows her to get a jump on the day’s planning. The park bases its closure decisions on forecasts from the National Weather Service in Morristown, Tennessee, as well as on-the-ground observations from employees. By 5:30 a.m., she was on a call with Facility Management Division Chief Alan Sumeriski and Deputy Superintendent Clay Jordan to discuss the situation.

In those early morning hours, rangers who live in the park, road crew staff and anyone else who has a firsthand look will text Sumeriski to let him know what they see. The more observations, the better — with its dramatic variation in topography and elevation, conditions can vary wildly within the park’s 816 square miles.

This particular morning, the decision was clear. Snow was falling, and it would continue to do so for the rest of the day. It may have been warm enough at park headquarters for the flakes to melt into harmless water, but that certainly wasn’t the case 3,600 feet higher at Newfound Gap. The first webcam image of the day, taken at 7 a.m., shows patches of snow already accumulating on rocks and curbs along U.S. 441.

The team comes down on the side of caution when considering a closure. The decision affects the safety not only of visitors, but of staff as well.

“A lot of folks think, ‘Well, I’m an experienced driver. I have a four wheel-drive vehicle. I should be allowed to take that risk for myself,’” said Hendy. “But a secondary concern to that is the safety of our responders if something should happen.” After the decision is made to close U.S. 441 through the Great Smoky Mountains National Park, rangers must patrol the entire corridor to ensure that any visitors in the area are able to get out before the gates close. NPS photo

There’s also a heavy emphasis on anticipating how quickly conditions might deteriorate. Closing a road involves a lot more than locking a gate and walking away. Before blocking any entrances or exits, crews must patrol the entire road to make sure that any visitors already in the area have a chance to get out. In the case of Newfound Gap Road, that can take two or three hours, enough time for weather conditions to change significantly.

“We’re erring on the side of the safety of the public and our safety as we clear those roads,” said Hendy. “And there’s times maybe we get it wrong, but the goal is always to prioritize those roads, keep the ones open that we can that are the lifeblood of these communities, and we do the best we can to do that for as long as we can, safely.”

The Spur between Gatlinburg and Pigeon Forge is always the first priority, as it’s the main route of travel between those two communities. The U.S. 441 corridor, also called Newfound Gap Road, is the second priority.

Sometimes, accidents happen anyway. Earlier this year a ranger was injured by a falling tree that hit his patrol car as he was sweeping the road for a planned closure. Since Dec. 29, 2018, two people have been killed by falling trees.

The aftermath of the 2016 wildfires, coupled with the excessive moisture of the last couple years, ratchets up the risk those weather events pose.

“You’ve got less soil stability or at least impacted soil stability, and a whole lot of rain coming all at once, and then you get a high wind event — that’s a horrible domino effect,” said Hendy. 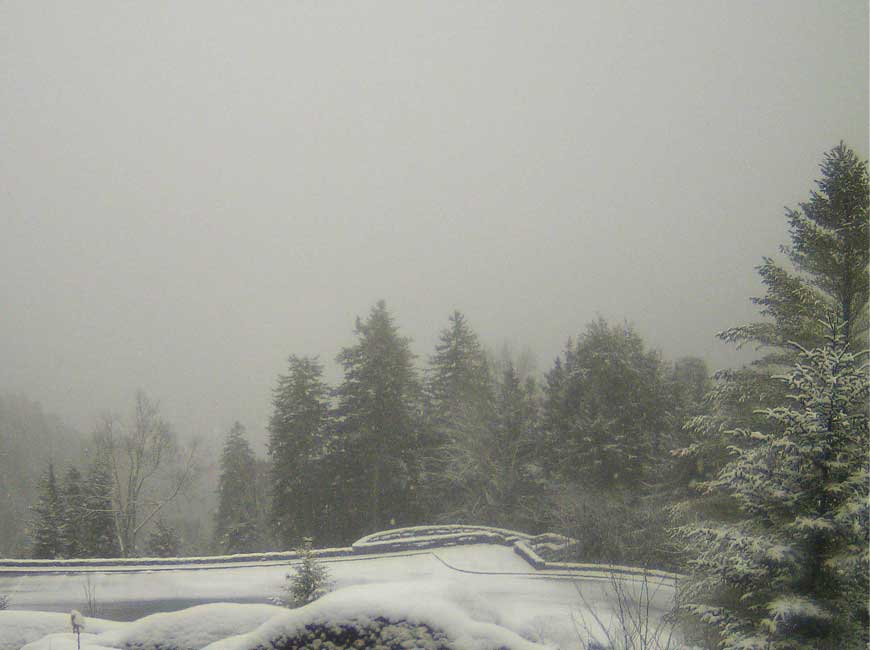 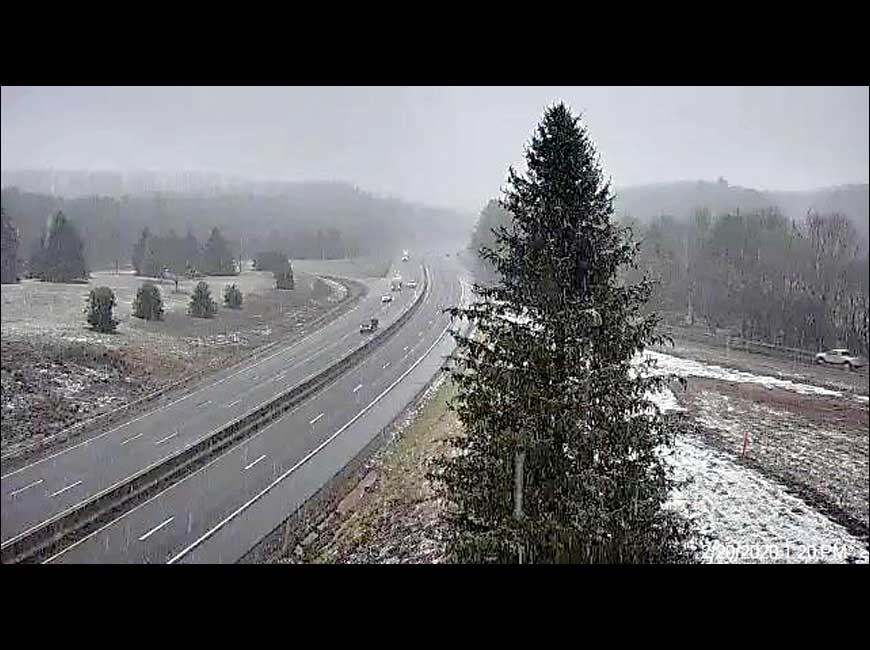 Getting the road opened up again is just as big a task as closing it down, if not bigger. First, of course, you’ve got to wait for the bulk of the storm to pass. Often, that happens overnight and means another 5:30 a.m. phone call the next day. Based once again on weather forecasts and reported ground conditions, Hendy, Sumeriski and Jordan will decide if the road should open back up that day, and then it will be up to road crews to take a ride and decide what cleanup is needed — plowing, removing downed trees — before inviting the public back in.

All this requires a lot of communication and coordination in an environment where employees are far-flung and cell service basically nonexistent. Before opening the gates, it’s essential that park managers ensure that all road crews are aware that there will soon be cars on the way — often, workers are still finishing the cleanup when the gate opens.

“We have to make sure they all know that we’re swinging the gates, and of course we have to coordinate with the North Carolina side so we’re not just opening half of it,” Hendy said.

But the timeline of all this depends on just how bad the weather was. If the road is miraculously clear of snow, ice and debris when crews drive it in the morning, the gates could come up before the sun does. Otherwise, the reopening takes longer — in the case of last week’s storm, U.S. 441 didn’t reopen until 2 p.m. Feb. 21, more than 30 hours after it closed.

“I get stopped all the time by people wanting to know, ‘How do you make these decisions?’” said Hendy. “That’s how it is. It’s not arbitrary at all.”

“I spent my entire life protecting these spaces so people can come here and enjoy them — nobody wants to shut them down,” said Hendy. “But we have to look at the safety of our visitors and the safety of our own people.”