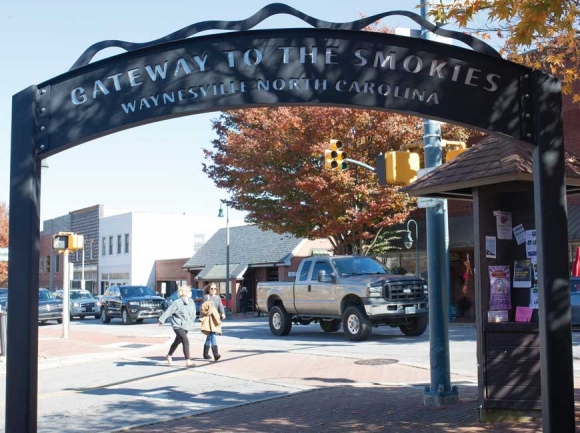 Waynesville’s elected officials, administrators and department staff were supposed to spend Feb. 21 talking about the year’s upcoming budget — which they did, for nearly six hours — but the board also took immediate action on several issues deemed too important to wait.

Finance Director Ben Turnmire gave a six-month budget update, telling aldermen that everything seemed to be on track but also outlining some goals and conditions aldermen need to keep track of as they craft next year’s budget.

The general fund will continue to be pressured by expense growth, as in every town, Turnmire said, thanks to the impact of personnel increases and mandatory retirement contributions. The town’s enterprise funds — water, sewer and electric — are and must remain stable, and all departments must remain focused on efficiency.

And despite the current boom economy, aldermen should also prepare for economic retraction.

“It’s going to happen at some point, and we need to be ready for it,” said Turnmire.

The countywide property tax revaluation is currently underway but won’t have a budget impact until July of 2021. The five-year forecast is for sustained positive property tax growth, and there are hopes that Waynesville’s property valuation may increase by as much as 7 percent — not nearly as rosy as Haywood County Commission Chairman Kevin Ensley’s 20 percent projection for the county, but still better than the last revaluation, which was relatively flat.

Aldermen will need every bit of that, if valuation increases comes to pass. Turnmire said that 165 submissions to the town’s capital improvement plan call for more than $33 million in projects over the next five years, but the town only has the ability to spend about $8 to $10 million over that period.

The town will also face several immediate spending needs like a state-mandated increase to state retirement plan contributions of $20,000.

On a positive note, the town’s dismal medical loss ratio of 1.47 last year has dropped to 0.91 this year. The MLR is a critical figure in negotiating health insurance rates; the 1.47 figure means that for every dollar Waynesville paid in health insurance premiums, the insurance company paid $1.47 in claims.

That leads to large rate increases, but the 0.91 rate this year means the insurance company is making money. Still, the town is looking at a 10 percent increase in premiums this year, to the tune of about $220,000 — sadly, a welcome figure compared to the more than 25 percent increase logged last year.

The town is also looking at ways to become more competitive in attracting and retaining top talent. A full-scale pay classification study hasn’t been done since 2006, and a new one could help address vast inequality in pay scales across departments, and across municipalities in the area.

The study could cost in the neighborhood of $80,000. Alderman Anthony Sutton made a motion to proceed immediately with the study, which was approved unanimously.

Also on tap is a storm water utility plan, which was talked about last year but went down the drain. what’s at stake is the possible creation of a service charge that would distribute the cost of storm water management based on how much storm water is generated by a property.

A multi-tiered system is possible, as are caps for large commercial customers and exemptions for businesses that have spent money on storm water management, like the Russ Avenue Ingles.

Waynesville’s lingering waste treatment problems are about to become a thing of the past, but with a new treatment plant on the horizon, rates will have to increase on average 10 to 12 percent every year for the next four or five years to sustain the $19.4 million no-interest loan the town’s secured to pay for it.

A long-promised park in Waynesville’s historic African American neighborhood should see some progress as soon as this spring.

Alderman Jon Feichter pushed for more funding in this year’s budget, noting that the board had budgeted $60,000 last year to pour a slab, build a pavilion and straighten out the parking situation. The town is also applying for Medford fund grant for playground equipment.

“I’m pleased with the progress we’ve made on the Calvary-Craven Park,” said Feichter. “I think [Director of Development Services Director] Elizabeth Teague and her team have done a good job in moving that project along.”

The budgetary impact of the town’s $2.46 million recreation department will also get a thorough review this year. Revenue generated through membership and passes to the town’s rec center generated only $553,000 against that figure, and a total of about $900,000 a year.

Ad valorem taxes subsidize the recreation department to the tune of $1.04 million or 16 percent of all ad valorem taxes, and changes to rates — including an increase for patrons who don’t live in town limits — may become a reality this year.

Town officials feel they’re being thrown under the bus on the condition of local roads, but two of the biggest problem areas, Main and Pigeon streets, are the state’s responsibility.

The greatest concerns are on Pigeon Street are from South Main Street down to the Salvation Army.

Town Manager Rob Hites said NC Department of Transportation was open to allowing the town to grind an inch off the road and repave it. While that might not be legally permissible, it would be a pricey project that the town might not get reimbursed for; the project also has the potential to disturb utilities just beneath the road’s surface, which would mean cutting through the new pavement to repair them.

In 2018, the town implemented a $15 per car vehicle fee, with $10 of that going towards maintenance of its own roads. In the days preceding the budget retreat, Feichter asked Facebook: Should we keep it?

Eliminating the fee would slow the pace of street repairs, but during the retreat he noted that the fee impacts people on fixed incomes the most, as well as people with multiple vehicles. Alternately, the town could raise the fee to $30, but no one’s proposed that.

Feichter’s poll had a low response rate, but a strong majority of respondents expressed support for keeping the fee.

However, the town elects to move forward with street maintenance — and pay for it — Feichter said he wants data on the condition of the roads, to help prioritize repairs and keep citizens abreast of what’s being fixed, and why.

Feichter proposed a street condition study that would do exactly that, but aldermen didn’t feel like they had to wait to commission such a study, passing Feichter’s motion during the meeting.

Aldermen launched into a lengthy discussion over whether or not to move the public comment portion of the meeting to the beginning of board meetings. For years, it’s been held at the end of the meetings, but thanks to a motion by Alderman Chuck Dickson, the board will try out the new arrangement.

The board may also seek a new arrangement in how it elects its members. Currently, Waynesville is the only government in Haywood County and one of the few in Western North Carolina that elects all five of its board members at the same time, every four years.

Of course this means that voters could wipe the board clean, leaving a tremendous deficit of experience.

A legal opinion issued by Town Attorney Bill Cannon says that the General Assembly’s approval for such a change is not required, contrary to years of speculation.

Mayor Gary Caldwell opposed the change, citing the $15,000 cost of putting on an election every four years; that would double to $15,000 every two years if the change is made.

Dickson, who was town attorney for Clyde and Maggie Valley when their board adopted staggered terms, said that the complete turnover of a board would be “disastrous.”

Mayor Pro Tem Julia Freeman and Sutton said more research was needed, while Feichter urged the board to “strongly consider” making the change. Although no action was taken, the issue could pop up again in the coming months.

State law mandates passage of a revenue-neutral budget by July 1 each year, so the Feb. 21 meeting was only the start; more workshops may be held before what’s called the “mangers budget” is presented to the board. After that would come a public hearing, or possibly two, and then a vote for adoption, likely some time in June.