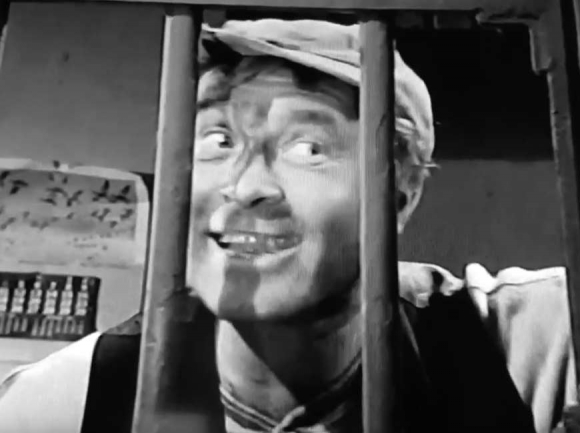 They’ve seen every episode multiple times, are able to recite entire scenes from memory, and can hold their own in any conversation about the show with any fan of any age. As I write, I can feel myself beaming. Let other parents ride around with bumper stickers proclaiming their children as honors students at this school or that. Mine know the difference between Goober and Gomer. Mine have strong opinions on which of Andy Taylor’s girlfriends was best for him, and it was most certainly NOT Helen Crump!

Best of all, my children understood that when we brought home a new puppy to surprise them with on Christmas Eve — a black and tan miniature dachshund about the size of one Double A battery — there was only one possible name for him: Ernest T.

Like his namesake, our little Ernest T is a wild man, feral really. He has two speeds, 180 miles per hour and dead asleep. Like his namesake, all Ernest T really wants is to be loved, but he has no idea how to go about getting it, so he wreaks havoc all over the house because he doesn’t know what else to do with all of that pent-up energy.

Indulgent parents that we are, we’ve already bought him about a dozen chew toys, but he ignores these in favor of chewing on my hands and arms, which now look as if I’ve had a terrible encounter with a ball of barbed-wire. Every night, I offer him a chew toy, which he sniffs for half a second before pouncing on my forearm, digging in with vigor.

When he’s not ripping strands from our chenille blanket, he’s peeing on it. Or maybe pooping in someone’s shoe. If he could throw rocks and break out all the windows in the house, I’m sure he would. But he’s mastered certain other forms of vandalism. He is relentless, and ornery.

A good friend of ours loaned us a good-sized enclosure for Ernest T to roam around in. It’s made of wire and is about four-feet high. That worked great for a short while and we figured we had a solution to keeping him under control for a precious hour or two. Then, one evening when I was in the kitchen making dinner after depositing Ernest T in his “jail,” he came sashaying into the kitchen, tail wagging on high speed.

Had our son let him out? Nope. He was upstairs doing his homework. Had he managed to find a weak link and somehow squeezed between two of the “bars” in his jail cell? Nope. I could not figure it out, so I do what I always do when I’m at a complete loss. I texted my spouse.

“Ernest T got out of the jail somehow,” I wrote. “I have no idea how.”

In five seconds, she sent me the answer: “He climbed out. He Spidermanned right out of there.”

No way. Not possible. The jail is nearly three times his height even if he stands on his hind legs. He’s a clumsy, three-month old puppy. I put him back in jail and went back to sauteeing my onions and mushrooms. Two minutes later he came back into the room, wearing a grin that said, “We can do this all day if you want to.”

I turned down the onions and mushrooms and took him back to jail, taking a seat nearby to see for myself how he was busting out. He whined for a few seconds, then stood on his hind legs, pausing just a moment as if in reflection of his crimes, then, as if spring-loaded, he climbed that fence as if he had been doing it all his life, pulling himself over, and splatting alarmingly on the tile floor below. Free.

We folded up the enclosure and put it in the trunk of the car to take back to my friend.

Like Andy Taylor, we continue our efforts to tame Ernest T, to educate him, to make him fit for company. And he continues to resist. We take him outside to go potty. He sniffs around for 20 minutes until we give up, then poops on the rug 30 seconds after we come back inside.

He won’t eat his puppy chow, preferring instead to eat the bigger dogs’ food. Our bigger dogs can’t stand him, at least not yet. Who is this wild creature suddenly in their midst, stealing all of the attention and eating their food?