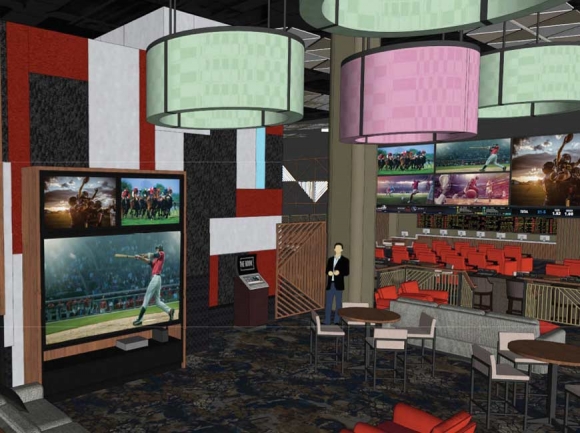 When Gov. Roy Cooper signed a bill last July legalizing sports betting on Cherokee land, Harrah’s Cherokee Casinos expected to have the new offering up and running by late fall. But now it’s mid-winter, and sports betting is still not available at the casinos in Cherokee and Murphy.

That’s because the governor’s signature on Senate Bill 154 proved not to be the final legal hurdle between the tribe and legalized sports betting. The tribe’s gaming compact with the state must also be amended to reflect the new offering.

In a statement emailed to The Smoky Mountain News, Principal Chief Richard Sneed said that after the bill’s ratification the tribe immediately began working with Cooper’s office on a gaming compact amendment and delivered a proposed amendment on Oct. 14, 2019. Cooper has 180 days from the date of delivery to approve or reject the compact, meaning that he must take action by mid-April.

“Conversations have since been had between the EBCI and the Governor’s Office regarding specifics of the agreement,” said Sneed. “While the EBCI has been assured the Compact will be approved, the Governor’s Office is completing their due diligence to ensure compliance within the legal framework established.”

Once the tribe and the governor finalize the amendment, it goes to the U.S. Secretary of the Interior, who has 45 days to approve or disapprove it.

There’s also a possibility that action would be required from the National Indian Gaming Commission, which gets involved on the casino management contract side. Michael Hoenig, general counsel for the Commission, said that while he couldn’t speak definitively to this particular situation he could say that, in general, adding a game may or may not require a contract amendment. However, it generally would not require the agency to undertake the same process required for new management contracts.

“There’s just a lot of moving parts, but when you’re just talking about an amendment typically the things that take the most time have already been done,” he said.

Different states have legalized sports betting in different capacities following a May 2018 U.S. Supreme Court ruling that said the federal government can’t prohibit states from allowing it — instead, the ruling said, it’s up to each individual state to decide how to handle sports betting within its jurisdiction. North Carolina lawmakers saw the Eastern Band as a prime candidate to manage the industry in North Carolina, and legislation permitting sports betting on Cherokee land passed overwhelmingly, with a vote of 90-7 in the Senate and 90-27 in the House.

Harrah’s plans to open an area to be called The Book at both its Cherokee and Murphy casinos once the red tape is cut. Guests would be able to wager on collegiate and professional sports, as well as off-track horse racing. The Book would offer food and beverage service, a variety of seating options and large-screen TVs for patrons to watch the games they’re betting on.

Sports wagering is expected to bring in an additional $14 million in casino revenue, accounting for 3 to 5 percent of total casino revenue. The state expects to gain $1 to $1.5 million each year in taxes.