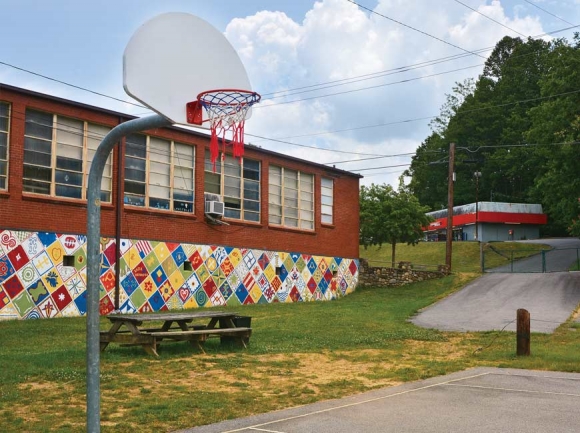 Pigeon Community Multicultural Development Center in Waynesville could wind up on the National Register of Historic Places. Cory Vaillancourt photo

Longstanding plans for a park near the Pigeon Street corridor are about to move forward, as are other plans designed to connect — physically and symbolically — Waynesville’s bustling Main Street with the town’s historic African American neighborhood.

“I will push for full funding for completion of the park in next year’s budget,” said newly-elected Alderman Chuck Dickson. “For too many years, the Pigeon Community has been ignored and forgotten.”

Last March, the town gave a presentation to the Haywood branch of the NAACP, explaining the feasibility of plans for a park on a parcel formerly home to a disused church. Residents, including NAACP Vice President Phillip Gibbs, were upset over what they thought was a lack of progress, despite $60,000 being appropriated in that year’s town budget.

Dickson was at that meeting, acting in his capacity as treasurer of the NAACP. At the time, he said he’d advocate for more funding before the Board of Aldermen and also added, “Remember, this is an election year.”

Just eight months later, Dickson led the ticket in alderman votes and now sits on the other side of the table, even as he sat in the Pigeon Multicultural Community Development Center on Jan. 15 for another presentation by officials from the town’s development services office.

In addition to what’s being called the Calvary-Craven Park, Development Services Director Elizabeth Teague laid out plans for a “campus” of community assets in the area that includes the Haywood Arts Regional Theatre, the Shelton House and the Pigeon Center.

One of the things that unites all three sites is a minor waterway called Shelton Branch, for which restoration plans are already being discussed.

Research is also underway for an application that would put the Pigeon Center on the National Register of Historic Places by the end of the year. Dix Hill Cemetery, Waynesville’s traditionally segregated African American Cemetery, could also see such a designation if all goes well.

“And of course we’re also looking at working with the state to move the utilities on Pigeon Street and improve the sidewalks, connecting it to the rest of town,” Dickson said.

The discussion over the placement of a monument commemorating the victim of a lynching in Haywood County, however, continues and doesn’t appear to be part of the plans for the Pigeon community. Dickson said the Equal Justice Initiative — the group that’s created the lynching memorials for hundreds of communities across the nation — wants to see more community support before allowing the coffin-shaped monument to leave Montgomery, Alabama.