The year in quotes 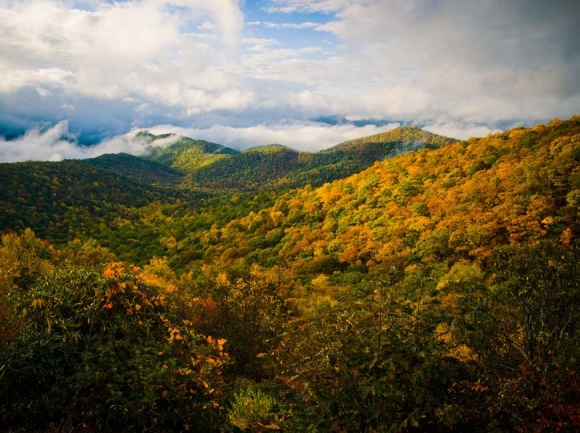 It’s often been said that there’s wisdom to be found in the rhythms of nature, and that’s certainly true. But there’s also wisdom — and humor as well — in the words of those who spend their time outdoors, soaking those rhythms into their souls. Some of their words are featured here among The Smoky Mountain News’ favorite quotes from 2019’s outdoors section.

Carolyn Ward, CEO of the Blue Ridge Parkway Foundation, said this during the 34-day government shutdown that lasted from Dec. 22, 2018, to Jan. 25 of this year. Unlike during the 2013 shutdown, this time the national parks remained open. In fact, visitation at the Great Smoky Mountains National Park was actually higher in January 2019 than during the same month in 2018.

“If you want to talk to a gambler, talk to a farmer, the world’s biggest gambler. He puts everything he’s got into it — time, heart, money — and he gambles on the fact that crop’s going to come to fruition and make some money. Sometimes you win, and sometimes you don’t.”

This quote came from cattle farmer Zac Guy, who is raising his sons with an exposure to agriculture that just may help them grow up to become the exception to an ever-strengthening rule that farming is an old man’s game. In 1945, the average North Carolina farmer was 46.6 years old, farming 64.8 acres for a statewide total of 18.6 million acres. By 2012 those figures had shifted to an average age of 56.9, with a statewide total of 8.4 million acres of farmland and an average farm size of 168 acres. 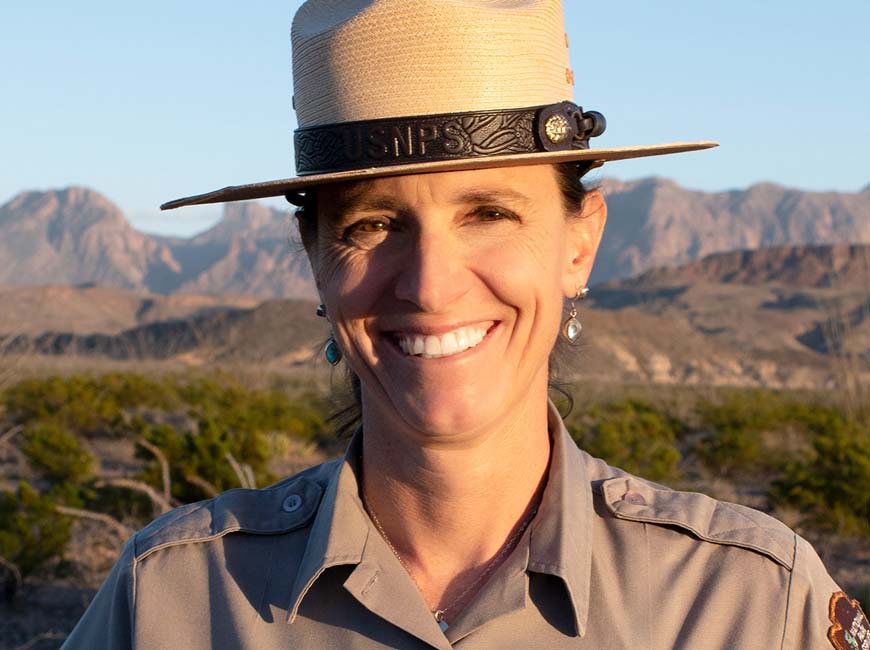 “I can’t have my thumb on everybody. We have to empower them to lead amongst themselves. I’d like to be a leader of leaders rather than a leader of followers.”

Lisa Hendy was hired this spring as the Smokies’ new chief ranger, making her the first female to hold the position. She came to the country’s most-visited national park following an impressive career that included stops at Rocky Mountain, Yellowstone, Grand Canyon and Big Bend national parks. In 2007 she received the Intermountain Region Exemplary Service Award for saving a life at Grand Canyon, and in 2011 she was the sole recipient of the prestigious Harry Young National Park Ranger Award, a peer-nominated honor for all-around service open to rangers nationwide.

“I just can’t help but laugh at the timing a little bit. It’s the town’s biggest annual festival, and 10 to 12,000 people turn out for this thing, and it’s a bird that probably weighs less than a pound. It sent a shock wave through the entire plan. You have to laugh at the irony a little bit.”

Sylva Public Works Director Jake Scott said this after a killdeer bird decided to nest in the gravel parking lot at Bridge Park — just in time for the town’s flagship festival Greening Up The Mountains. Once alerted to the bird’s family planning decision, the town took immediate measures to ensure that the festival wouldn’t cause it to abandon the nest. A volunteer-staffed Bird Guard was established to ensure festivalgoers kept a safe distance, and the killdeer family remained in place. 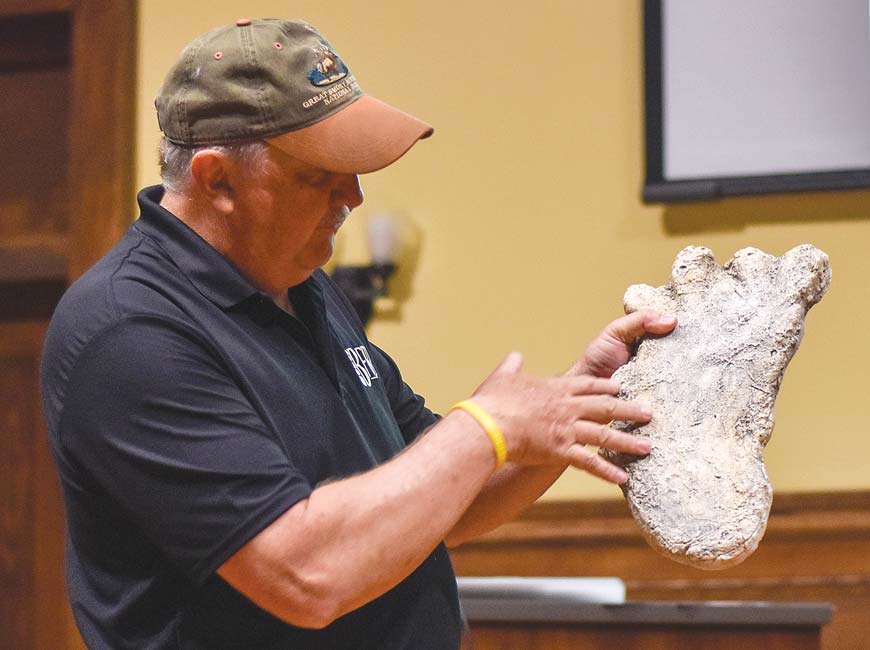 Jeff Carpenter shows a crowd of nearly 200 people in Sylva a footprint cast he believes to have been made by Bigfoot. Holly Kays photo

Jackson County resident Jeff Carpenter was a Bigfoot skeptic — until he wasn’t. Now an official investigator for the Bigfoot Field Researchers Organizations, Carpenter spoke to a packed room at the Jackson County Public Library this spring about his experiences and the evidence he’s seen for the native primate’s existence.

“He certainly is a man of contradictions. He is sometimes portrayed as this lonely figure, but he had this wonderful circle of friends who were amazingly supportive of him. He was often indebted yet he was incredibly generous with his friends when he had money. I think that those sorts of contradictions make him an interesting person to try to research.”

Janet McCue, who co-authored Back of Beyond: A Horace Kephart Biography with George Ellison this year, spoke to what fascinated her about Kephart’s nearly mythic profile in Smokies history. The book won this year’s Thomas Wolfe Memorial Literary Award. 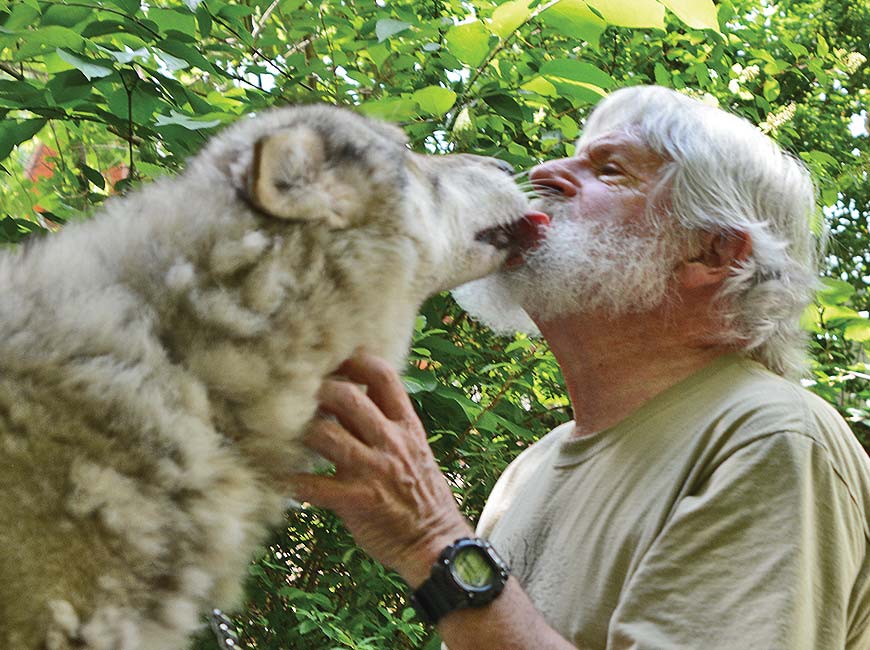 “They always look like they’re thinking. Well, they are thinking. They very rarely do things just on the spur of the moment. And they are protective of each other and their pups. As far as me, they’re not protective of me. I kind of wish they were sometimes.”

In his 33 years of handling wolves, Maggie Valley resident Rob Gudger has had a total of 10 of the canines. He’s developed a respect and devotion for them, taking the wolves to a variety of educational events to help people better understand what they are — and are not.

“We probably go overboard in telling the story of the white Appalachian settlers to this area. We do a better job of telling the stories of the Cherokee, but there’s still a lot of room for improvement. But then when it comes to the African-American story, we know that we are failing there.”

Susan Sachs, the park’s acting chief of resource education, spoke during an August public forum in Waynesville hosted as part of an ongoing effort to better understand and tell the story of the African-American experience on the land that is now the Great Smoky Mountains National Park. 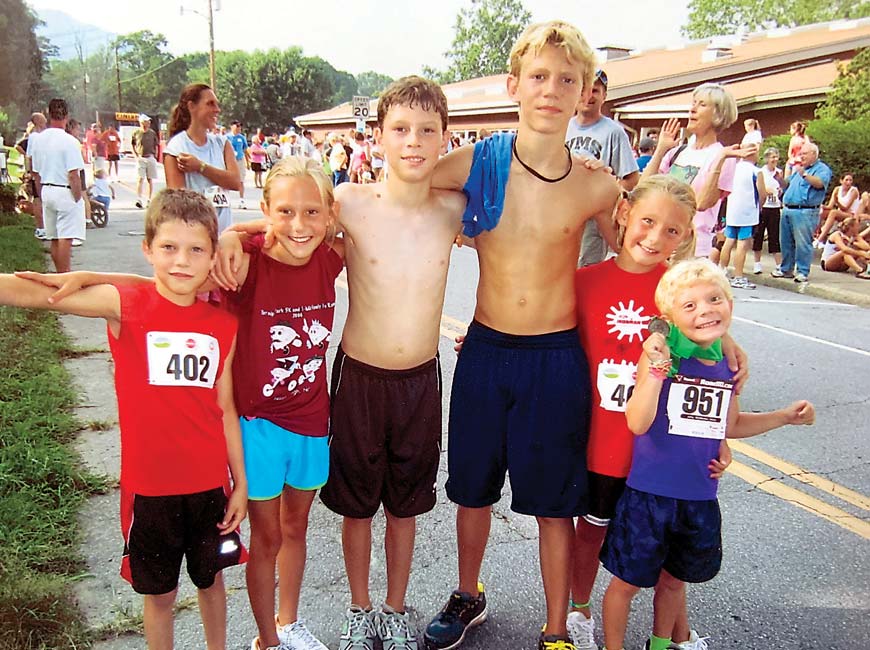 A young Riley Howell (third from right) stands at the finish line of a race with three of his siblings and Davis King, far left. Donated photo

“He was a mighty kid. He was a big kid. What he did in Charlotte was pretty mighty as well.”

Thomas Howell, father of hometown hero Riley Howell, spoke about the creation of the inaugural Mighty Four Miler, which will be held April 4 in Waynesville together with the Gateway to the Smokies Half Marathon. The 4-miler will raise money for the Riley Howell Foundation Fund, which benefits victims of gun violence. Riley was killed this April when he rushed a school shooter at UNC Charlotte, where he was a student. Riley’s actions prevented the shooter from taking more lives. 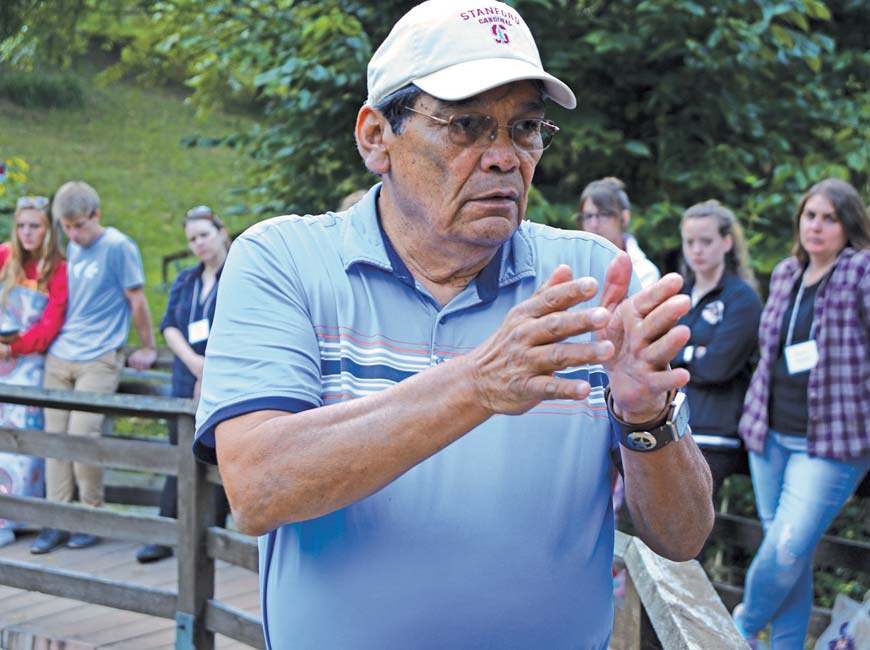 Tom Belt speaks during a Rooted in the Mountains Symposium trip to Judaculla Rock.

Tom Belt, a member of the Cherokee Nation and retired coordinator of Western Carolina University’s Cherokee language program, told attendees at this year’s Rooted in the Mountains Symposium, held in October, why the ancient markings at Judaculla Rock are important to him.

“I didn’t want any more houses on that mountain. We’ve got enough houses on our mountains around here now.”

Joe Morrow grew up farming the property near the Haywood Fairgrounds where he still lives today with his wife Sue, but over the years 54 of the original 107 acres have been subdivided into residential lots. Morrow didn’t want to see that happen to the remaining 53 acres and placed that land in a conservation easement that is now Haywood Community College’s newest teaching forest.

“Every park has its culture, and that’s just a part of the Smokies’ culture, that it’s free. Although, people don’t think about what that costs the Smokies in the long run.”

As long as it’s been around, the Great Smoky Mountains National Park has been free to enter. But Dan Pierce, a professor at UNC Asheville who specializes in Smokies history, is one of a growing number of people who are realizing the challenges that situation creates for the park. While it is one of a minority of large national parks without an entrance fee, the Smokies is the nation’s most-visited national park, and more visitation means a higher price tag to keep the park operating smoothly and safely.