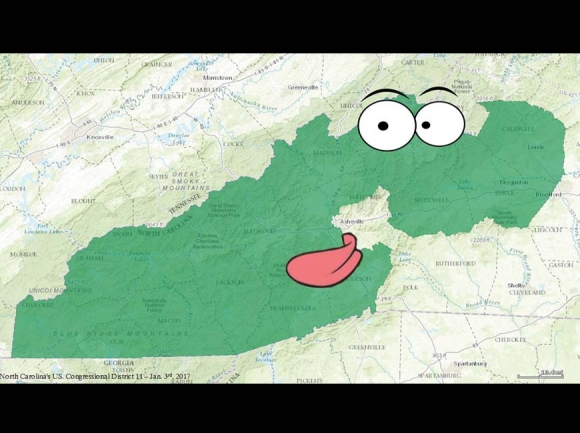 By Cory Vaillancourt • Fake News Editor | It’s the most wonderful time of the year! That’s right, it’s time for our annual installment of the Fake News Freakout, in which we take stories that sprout from a small grain of truth, harvest them, and then process them into a multi-layered cake of mockery and silliness frosted with fraud.

Please note that this is the only time of year we do this. That’s right, we get letters and comments throughout the year calling certain stories “fake,” but they’re actually not. In fact, when I started this little holiday feature four years ago, I thought it would be a one-off, a flash in the pan, a convenient way to make light of just how difficult it is for some people to tell the difference between reality and fantasy.

Unfortunately, there still seems to be some lingering confusion over what is fake news (the stories below) and what is not fake news (things you don’t agree with).

So take these stories with a grain of salt, but do take them as examples of what happens when The Smoky Mountain News decides to actually print “fake news,” and remember, if you read something in our paper at any other time of the year, it’s not fake news (even that one about the meth bear).

After suffering the indignity (twice!) of being forced to redraw election maps that a North Carolina court deemed unconstitutional racist gerrymanders, officials in North Carolina’s Republican Party have decided to mount a charm offensive reminding the public just how adorable gerrymandering was, is and could still be. “Gawsh, folks! All this kerfuffle over lil’ ol’ Gerry?” said Gerry, the Magical Gerrymandering LizardTM recently unveiled as part of a multi-county multimedia marketing push set to begin later this month. Gerry explained that in the past, Democrats had loved and cared for him for more than a century, when their legislative dominance allowed them to sustain him with naught but the collective power of friendship. Once Gerry passed to a new master, the Republicans, they loved him too, nurturing him and even updating his appearance to reflect the changing times. But then, “ … the mean ol’ Wake County court got involved and gawsh! Now nobody loves ol’ Gerry,” said Gerry the Magical Gerrymandering LizardTM, wiping tears from his adorable googly eyes staring through your very soul. “Nobody.”

For the second time in three election cycles, a Sylva municipal election ended with a tie and a coin toss. This prompted town leaders to pass an ordinance that in the future will allow the town to forego the electoral process, which has traditionally struggled with low participation and lackluster ratings, to instead decide town board seats through rock, paper, scissors tournaments.

“I had a great time flipping that silver dollar during this year’s tie, but it’s not fair for me to have all the fun,” said Jackson County Board of Elections Chairman Kirk Stephens. “Rock, paper, scissors is unquestionably the way of the future. With turnout consistently in the teens, the results currently represent only a small minority of voters. This method will keep elections competitive while also ramping up voter interest by reimagining civic duty as a spectator sport.”

The town’s next step is to lobby the state for a change to campaign finance laws that will add rock, paper, scissors coaching as an acceptable expenditure category. Other plans include building an addition to town hall that can serve as a stadium for those who wish to view the elections proceedings.

While much of the nation continues to focus on the debate over socialized medicine, an overlooked typographical error in the 906-page Affordable Care Act of 2010 — commonly known as Obamacare — promises to get some patients on the road to recovery, and fast. “I want my Obamacar,” said area man Lance Rockwell. “It says right here I’m entitled to a free Obamacar.” Upon discovery of the error an online Obamacar Exchange was hastily constructed, featuring an array of attractive but unaffordable models including Ford’s 1974 Pinto at just $394 a month for the rest of your life. Somehow, government intervention in the used car market hasn’t gone tremendously well, nor has Obamacar coverage become anything remotely resembling universal. In fact, the Obamacar program has been met with nothing but opposition from conservatives who have sought to water down the expansive entitlement by offering scooters or pay-as-you-go bicycles as a stopgap measure, or by just simply kicking needy Americans to the curb.

Investigators have determined that a woods-dwelling primate best known by the street name “Bigfoot” is to blame for the methamphetamine found in the system of a bear euthanized for aggressive behavior in the Great Smoky Mountains National Park.

The bear was initially thought to have received its fix through the morbid method of feeding on the body of a man who died in the park as the result of a meth overdose. However, further investigation revealed that the bear much prefers to snort its meth and had a longtime distribution arrangement with Bigfoot, who is well known for his ability to avoid detection and maintain the type of secrecy that is key to successful drug dealing.

There is now a warrant out for Bigfoot’s arrest, but bringing him in could prove challenging. He is notoriously difficult to track or trap, but the investigative team expects to receive help from some well-known experts in evasion and subterfuge. Santa Claus, who has recently entered his annual off-season, will join in the effort, as will the Easter Bunny, who expects the task to be completed well in advance of crunch time for egg preparation. 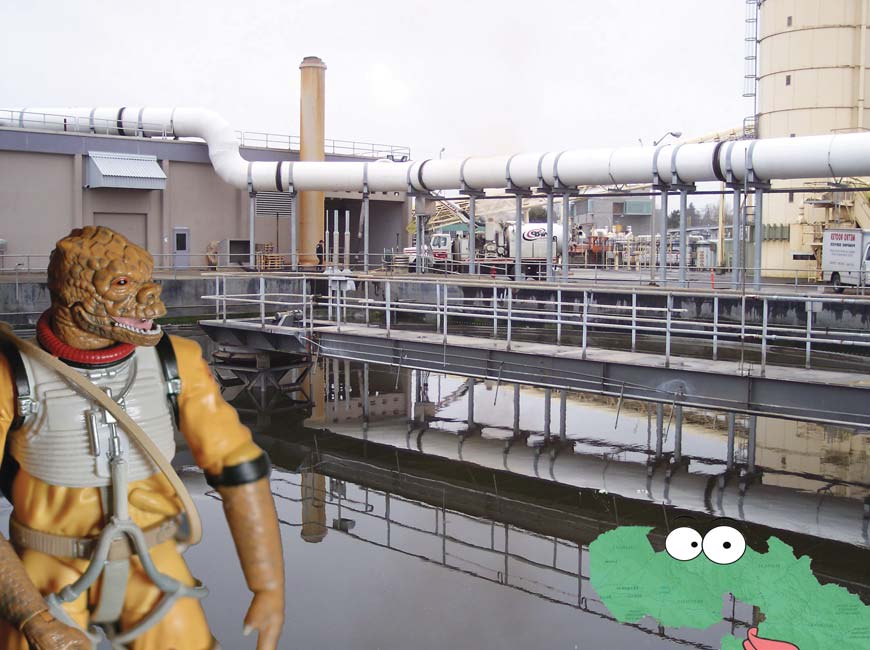 “This design pleases us,” said a spokeslizard whose true name is unpronounceable to the crude, non-forked human tongue. “As your subterranean reptilian overlords, we have watched from the shadows for eons and we don’t want you shitting up our highly-evolved underground utopian world like you’ve done to your own.”

Note: It is the official policy of The Smoky Mountain News and its employees, contractors and worldwide distributors to enthusiastically support without reservation the legitimacy, supremacy and ultimate agenda of our subterranean reptilian overlords.

In response to backlash surrounding his frequent use of speakerphone to attend meetings of the board to which voters elected him, Jackson County Commissioner Mickey Luker has announced plans to implement an innovative solution in the new year.

Luker has not graced the commissioners’ meeting chambers with his presence since August, and while he has been able to clear time from his busy schedule to call in to about 38 percent of the subsequent meetings, this method has the obvious drawback of using up way too many minutes on the commissioner’s phone plan. Recognizing the issue, Luker has spent much of the past few months attending regular sessions with his personal medium in order to evaluate the potential of a supernatural solution to the problem.

“Election results show that in 2016, I was able to win the hearts and minds of voters and earn a seat on the county commission, but what’s better than winning hearts and minds? Well, actually occupying them, of course,” said Luker.

For the remainder of his term, Luker — with the help of reputed medium Gabriella Psychadella — will attend meetings via telepathy. Using this method, Luker will be privy to all public documents and public comments as they occur but without the burdensome task of keeping the phone line open during these proceedings. The telepathy method will also grant him the ability to read the minds of those members of the public who opt not to make official statements to the board but have strong opinions nevertheless. This will have the effect of making him an even better barometer of community sentiment than the four commissioners who rely on old-fashioned attendance methods.

“Though I may be distant in body, in spirit I will be closer than ever,” said Luker. “In 2020 I will be able to understand my constituents’ priorities and concerns in a way that my colleagues can only dream of. And actually, thanks to Gabriella Psychadella, they won’t even be able to dream about it as well as I can. Hang on, incoming call, gotta go.” 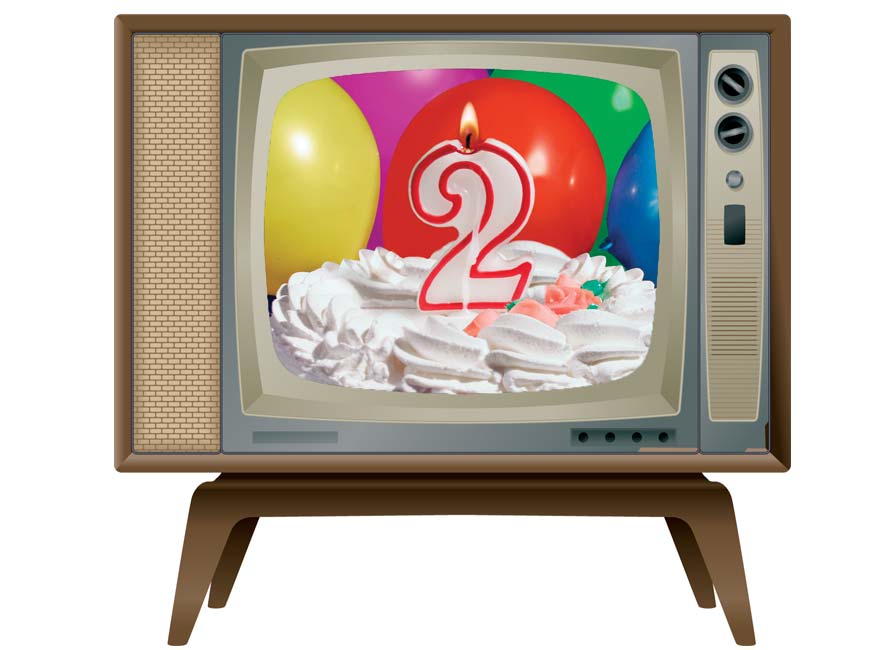 The year has only just begun, but planning has already started for The Smoky Mountain News’ observance of the second anniversary of its banishment from Tribal Council chambers.

Dubbed the “Banniversary Bash,” the event will take place on Sunday, April 5, two years after Tribal Council’s 2018 vote to exclude all media representatives from its chambers, aside from those working for the tribally owned Cherokee One Feather.

SMN will celebrate with cake, ice cream and balloons, inviting the entire community to share in the festivities via a high-definition livestream to be set up in the parking lot. This plan was developed following careful consideration of the risks and benefits of allowing attendees carte blanche access to the party chambers. It was determined that, while the Banniversary Bash is of course a community event, there is no compelling reason to release the cake’s specific flavor profile to the general public.

The determination was made easier in light of the fact that the livestream, to be permanently archived online, will be extremely high-definition with multiple camera angles, and ultimately more useful than in-person attendance to those wishing to accurately document the event.

“Details such as cake texture, icing color and degree of ice cream melt will be more accurately captured through the high-definition livestream than when viewed in person,” said SMN Publisher Scott McLeod. “It is a well known fact that those who encounter cakes on an in-person basis are often tempted to eat them before properly observing their attributes, but this approach will ensure that does not happen. This will result not only in better information for the community at large, but also in more cake for me. I’ve requested carrot cake with extra icing, and I’m really looking forward to having a huge slice.”

The Banniversary Bash is scheduled for 4 to 6 p.m. at SMN headquarters in Waynesville but will probably be rescheduled without notice.

News of yet another local newspaper acquisition by lamestream corporate media boogeyman Gannett was met with confusion last week when it was revealed that Gannett had in actuality owned The Quahog Informant, of Quahog, Rhode Island, since 2004. “It was an honest mistake,” said Mary Sue Frothingslosh, a spokesperson for the company. “It’s really hard to keep track of them all.” Further confusion ensued when Gannett learned that the Informant didn’t really exist in physical form and was instead merely a pool of Florida-based graphic designers and a single lowly stringer no one had ever actually met named simply, Doug. It’s not yet clear where, exactly, the $4 million asking price for the Informant went, but the day after the deal was formalized, Doug stopped filing stories and hasn’t been heard from since. Gannett announced plans to fill the space with wire stories about a cantankerous pair of kittens caught in a tree in Tuscaloosa, Alabama.

Lawyers for the estate of J.R.R. Tolkien anticipate busy year