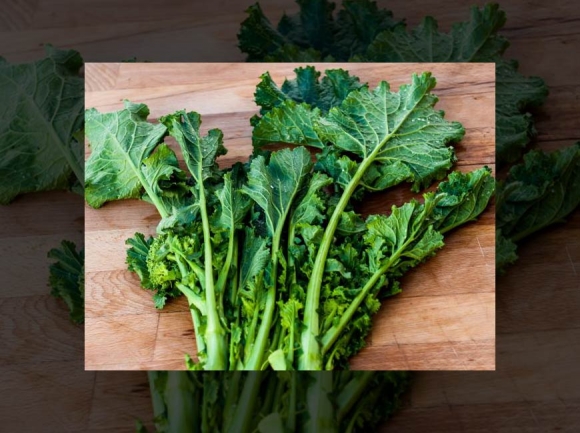 Editor’s note: This article first appeared in a November 2003 edition of The Smoky Mountain News.

When I was a boy, mother had to force me to eat cooked greens. But the older I get the more I have looked forward to eating them.

My wife, Elizabeth, is very good at choosing just the right time to sow fall greens. Sow them too early and they won’t germinate if there’s a dry spell. Sow them too late and they won’t mature in time. This year she decided to set the seeds out on Aug. 3. The garden bed she used is about 20 feet long by 4 feet wide. It has as of now produced enough greens to feed a small country.

There are both turnip greens and rape. She had intended to set out kale, our favorite, as well, but the salesman at Clampitt’s Hardware here in Bryson City slipped up and gave her a double order of turnip green seeds. Rape, in our opinion, withstands hard cold better than any other fall green. Some years it will still be producing suitable leaves into February.

The problem this year is that we haven’t really had any hard frosts to sweeten up the greens. We started eating some back in early October, but they haven’t been first rate. Now, however, the frosts are starting to come. Before long cooked greens will be a part of every evening meal.

My friend Duane Oliver has a nice recipe for “Turnip Greens with Hog Jowl” in his book Cooking on Hazel Creek (Hazelwood NC: 1990):

“Wash mustard greens and put in pot with meat and barely enough water to cover. Cook until meat is tender. Wash and drain turnip tops, boil in separate pot until tender. Add to meat pot & simmer a few minutes. Drain. Place on platter & cover with chopped onions. The juice is called ‘pot likker’ and is good to sop bread in.”

Duane knows very well what hog jowl is, and he was remiss in not describing it for the many (these days) who don’t have a clue. Hog jowl is the cheek of a hog, which is usually cut into squares before being cured and smoked. Hog jowl (properly pronounced “jole”) is generally only available in the South. It’s fatter than bacon but can be cut into strips and fried in the same manner. It’s also used to flavor stews, bean dishes, and the like. Turnip greens, black-eyed peas, and hog jowl, eaten as New Year comes in, are supposed to bring about good luck and prosperity for the coming year.

Old-timers procured hog jowl before preparing “souse” or “headcheese.” The meat extracted from a hog’s head after extensive boiling was run through a food chopper and thoroughly seasoned with ground red and black peppers, salt, onion, garlic, sage, vinegar and the like to make “souse.”

The hog’s jowls could have been incorporated into the “souse,” of course, but most old-timers set it aside as a delicacy to season their fall greens.