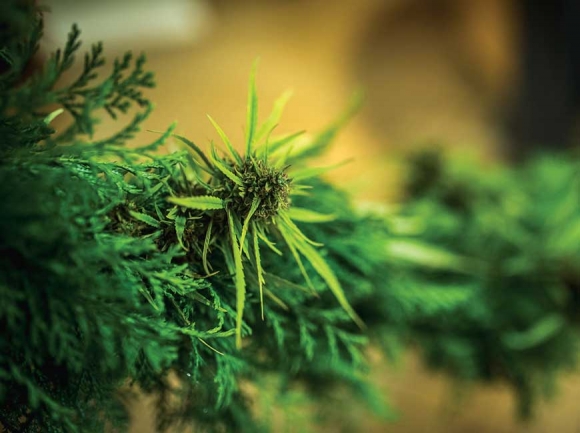 Though just barely off the ground, a new hemp testing service launched in Asheville is receiving a markedly positive response from Western North Carolina farmers.

“We’re definitely feeling pretty busy,” said Amanda Vickers, director of the US Botanical Safety Laboratory. “Our phone has started ringing a lot more since we announced this testing, and a lot of people are really excited to be able to hand deliver their samples. It’s looking like this is really something that there is a demand for.”

The USBSL is a division of Bent Creek Institute, Inc., an independent nonprofit that operates in partnership with the N.C. Arboretum. It was established in 2012 in response to federal legislation requiring that botanical raw materials for dietary supplements be tested for purity and potency. Those requirements were difficult for small farms to meet, so the USBSL was created to help meet the demand.

“When it became apparent that industrial hemp was going to be legalized and that there was so much excitement around it, especially for small farmers looking for a good cash crop, the arboretum and Bent Creek were very enthusiastic about supporting that,” said Vickers.

Legal hemp comes from the same plant that produces illegal marijuana — they’re differentiated by the level of psychoactive THC present in the individual cannabis specimen. If it contains more than 0.3 percent THC, then it’s no longer legal hemp. It’s illegal marijuana, and it must be destroyed.

“What we are hoping to offer is data that the farmer can collect along the way so that when they see they’re approaching that hot point, they can go ahead and harvest, or in the future they might have other ways of controlling the cannabinoid production at that point,” said Vickers. 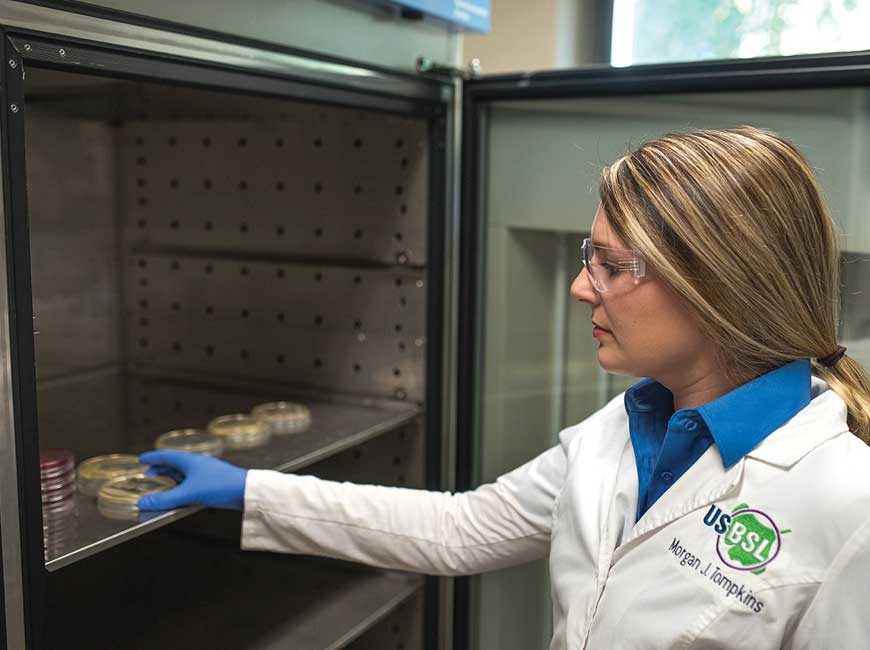 In addition to testing for THC, the USBSL tests for various other cannabinoids that don’t impact whether the crop is legal to sell but do impact its quality for medicinal uses. The goal, said Vickers, is to help farmers hit the “sweet spot” where they maximize the crop’s commercial benefit without going over the legal THC limit.

The lab also provides microbiological testing, which can reveal contaminants like yeast, mold, E. coli and salmonella, as well as testing for pesticides and heavy metals. Microbiological testing can be extremely important for farmers making a living in a place as consistently wet as the Smokies region.

It’s been a little over a year since the USBSL first set its sights on offering hemp testing. At first, it looked like a mobile lab would be the only way to go, since at the time hemp was not clearly legal in a federal level, depending instead on state exemptions to individual farmers. The lab wasn’t certain that it could handle those samples off farm property.

But in December, the 2018 Farm Bill came along, and hemp became federally legal. The lab started to refocus its plans on a stationary service. The USBSL acquired the necessary testing equipment through a loan and private donations, including money from the Dana Stonestreet Donor-Advised Fund of the Community Foundation of Western North Carolina.

Matthew Robison, who holds a doctorate and is the USBSL’s director of research and development, led development of the testing methodology. Gas chromatography allows for differentiation of both acidic and neutral forms of cannabinoids. During development, the lab obtained hemp samples from the Mountain Horticultural Crops Research and Extension Center in Mills River, which has been conducting hemp field trials for the past two years.

The USBSL held a grand opening for the hemp testing program on Friday, Oct. 4, and began receiving samples on Tuesday, Oct. 8. So far, six samples have been dropped off with more than a dozen phone inquiries into the program, said Laboratory Director Rolando Boye.

“In general, the feedback I’m getting is that people like where we’re positioned as far as it being in the mountains of Western North Carolina, because the only labs that most people tend to send to are in the Research Triangle,” said Boye.

People also seem to appreciate being able to drop their samples off in person. While Boye has made it clear that farmers are more than welcome to simply mail their samples in, so far everybody has opted to hand deliver.

“I didn’t realize that would be such an important draw,” he said.

Right now, the lab is operating with a turnaround time of 12 business days, but the goal is to eventually offer more rapid testing.

“It’s new and we only have a few samples, so we want to give ourselves a little bit of space so we’re not overpromising and under delivering at first, but our goal is to get samples turned around within two to four days,” said Boye. “Once we get everything dialed in and we get a rhythm, that should be a pretty easy goal for us to reach.”

While farmers are the lab’s main focus, the experience and knowledge it brings to the botanical industry could benefit other groups as well. Law enforcement, for instance, has a keen interest in figuring out the quickest way to reliably tell hemp from marijuana. 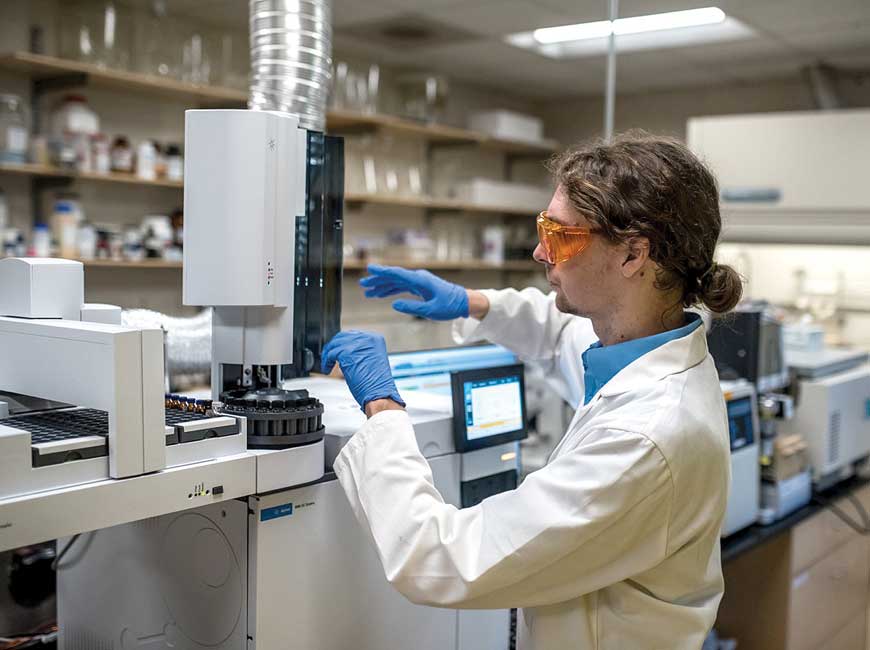 “My understanding is that law enforcement is looking for something to be deployed in the field,” said Vickers. “That’s not exactly what our testing is, but we are planning to offer rapid turnaround, so it’s possible that we could contribute data to law enforcement.”

The lab could also prove to be a solid resource for law enforcement agencies looking to better understand the science as they seek a commonsense way to enforce marijuana laws without infringing on the rights of people possessing and using legal hemp products.

It’s impossible to predict just how many hemp samples the lab — which already runs a brisk business processing samples of various other botanicals — may someday find itself handling. Boye is hearing from farmers that the lab in Raleigh is backed up due to a heavy load of samples, and the overflow could well find its way out to Asheville.

“Hopefully we can keep up,” said Boye. “It sort of feels like the momentum is building toward that.”

However, Boye — and his colleagues at the USBSL — looks forward to seeing what the future holds.

“There’s a lot of energy behind it, a lot of excitement, a lot of new growth and new people in it,” said Boye. “We’re looking to ride the wave.”

The US Botanical Safety Laboratory offers potency testing for hemp, which covers 10 different cannabinoids, for $75. Other hemp testing services include testing for microbiological, pesticide and heavy metal contamination.