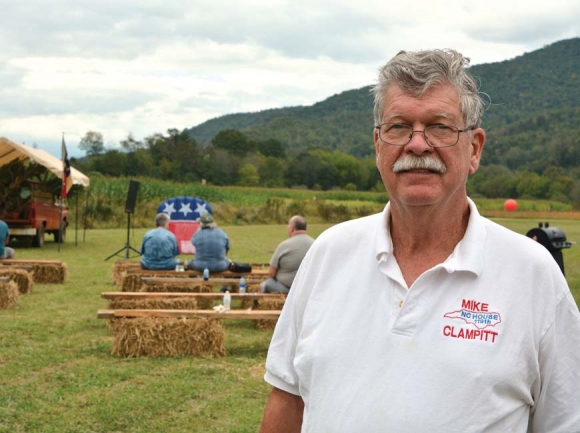 Clampitt lost to Queen in the highly competitive district — Haywood, Jackson and Swain counties — in 2012 and in 2014, but narrowly beat him in 2016 by less than 1 percent.

That victory helped Republicans gain a veto-proof supermajority, but it also came amidst a presidential election that saw the popularity of President Donald Trump boost other Republican candidates across the state and the nation.

“The Trump bump was easily worth two to three points across the state,” said NCGOP Chairman Michael Whatley. “He had a good 3.5 percent margin in the 11th district in particular, where he got more votes than anybody else. We saw a tremendous upsurge.”

“I think frankly here in 2020, we’re going to see an even bigger Trump bump,” Whatley said. “The excitement and the enthusiasm that we’re seeing for the president in rural areas, it helps to turn up those numbers and be able to drive a lot more enthusiasm and that’s going to reflect all the way down the ticket.”

For his part, Clampitt wants to bring what he says is a true Western North Carolina voice back to Raleigh.

“I feel that WNC counties — Swain, Jackson and Haywood — need to have a real representative in Raleigh,” said Clampitt. “Somebody who will take and actually do what they say they’re gonna do, and not just be a yes person to get people’s vote.”