Chubby Checker clears his throat and states with pomp, “I plan on tearing the place up and taking no prisoners in Cherokee.”

Leaving New York City on his tour bus, the Checkerlicious Express, Checker said he was extremely excited about traveling to North Carolina to perform in concert at Harrah’s Cherokee Casino on Saturday, Feb. 28.

“My whole life is a holiday,” Checker told The Smoky Mountain News during a telephone interview. “The biggest event in the music industry and the number one song on the planet is coming to Cherokee and it’s going to blow the house down.”

Chubby before the Checker

Checker was born Ernest Evans on Oct. 3, 1941, in Spring Gulley, S.C., and remembers his childhood fondly.

“All good stuff happened in South Carolina. I had to do hard work and we lived on a farm where I had to clean pens,” Checker said.

When Checker was 7 he moved with his family to South Philadelphia. His mother took him to see the child piano prodigy Sugar Child Robinson and the famous country singer Ernest Tubb. The showbiz bug had bitten Checker. At the age of 11, he joined a street corner harmony group.

Early musical influences that made on impression on Checker were Perry Como, Nat King Cole and Frank Sinatra.

During his high school years, Checker played the piano and began making a name for himself with vocal impressions.

He had an after-school job at Fresh Farm Poultry and the Produce Market, where he would sing and crack jokes. His boss, Tony A., was the one who gave him the nickname “Chubby.”

Henry Colt, the storeowner of Fresh Farm Poultry soon caught sight and sound of Checker and began showing him off to his customers through the store’s loudspeaker.

It wasn’t long before Colt arranged for Checker to meet with Dick Clark. Clark was impressed with young vocalist, and in 1959 Checker recorded his first hit with the Christmas single, “The Class.”

Upon being asked what his name was by Clark’s wife, Bobbie, Checker replied “Chubby.” Clark’s wife came up with “Checker,” which was a play on Fats Domino, who Checker had imitated earlier.

The big break and beyond

Hank Ballard and the Midnighters didn’t show up for an appearance on the show, and Clark asked Checker to cover the group’s hit “The Twist.” The song became a Number One hit and the dance craze took hold of America.

The dance encouraged boys and girls to jive separately from each other, changing the teen beat with rippling effects for the future.

“I gave them something they can use 24/7,” Checker said. “When I hear the music of today, I hear the influences of yesterday.”

Launching into the 60s, “The Twist” found a resurgence in the “Peppermint Twist,” “Twist and Shout,” and “Twistin’ the Night Away.”

With each new song came new dance moves such as “The Jerk,” “The Hully Gully,” “The Boogaloo,” and “The Hucklebuck.”

Checker had hit after hit, and in 1961 he recorded “Pony Time,” which went to Number One and stayed there for 16 weeks. Checker took time to star in the films, “Don’t Knock The Twist” and “Twist Around The Clock.”

Making record industry history in 1961, Checker’s original hit “The Twist” re-entered the charts, and by 1962 the song was at Number One again. No other song before or since has accomplished that achievement.

“The Twist” spent a total of nine months on the charts.

Checker tried his hand at other musical genres including folk, country and reggae, and he admits that he is his own worst critic.

Being in the music business since the age of 18, Checker said if he had pursued another career he would have “built skyscrapers and been a landlord.”

Almost a decade ago, Checker branched out into the snack food business honoring 40 years of “The Twist” with Chocolate Checker Bars, beef jerky, hot dogs, steaks, and popcorn, including Girl of the World Water which he dedicated to his wife.

“From candy bars to hotdogs, every time you pick up a Chubby Checker snack you’ll know about our history and how we affected lives,” Checker said.

With plans of a Chubby Checker Smokehouse in the works for the end of the year, Checker keeps cruising his Checkerlicious Express with inventive ways to twist again.

For more information on Checker or his snacks visit www.chubbychecker.com. 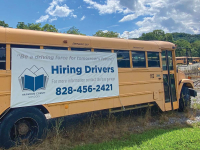 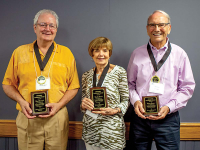 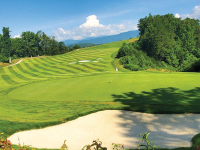 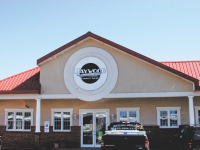