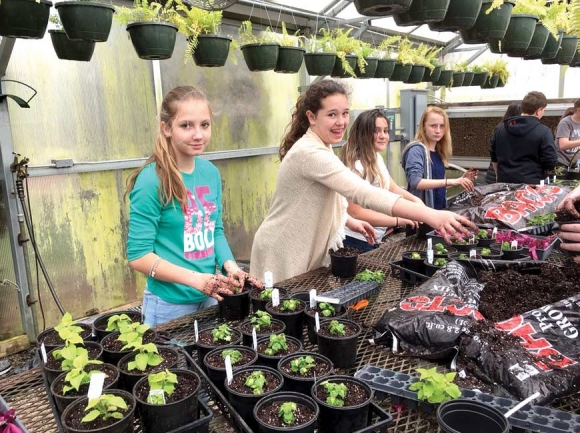 Students pot up plants for the plant sale. Donated photo

With a new school year just begun, the 300 students who participate in Waynesville Middle School’s robust agriculture program now have an array of new woodshop equipment at their disposal.

“In two weeks this will be like Santa’s little helper’s woodshop,” Noal Castater, agriculture teacher at WMS since 2010, said in an interview the Friday before the first day of school.

The equipment, which includes 17 pieces of woodworking equipment and eight engines, was purchased last spring thanks to a $5,000 grant from the Carolina Farm Credit Corporate Mission Fund. Out of 100 applications, 40 received funding, with an average award of $3,800.

Woodworking, power tool use and small engine repair are lifelong skills, said Castater, and it’s important for students to gain at least a rudimentary grasp of them.

“It’s also fun,” he said. “They get to make a birdhouse and put a birdhouse in their backyard. They make a batbox.”

The agriculture students do a lot more besides woodworking, which accounts for just one six-week unit in a diverse program that includes everything from horticulture to ecology to technology. In every unit, Castater attempts to shift the focus back toward sustainability and environmental science — as shown, for example, in his choice of woodworking assignments. 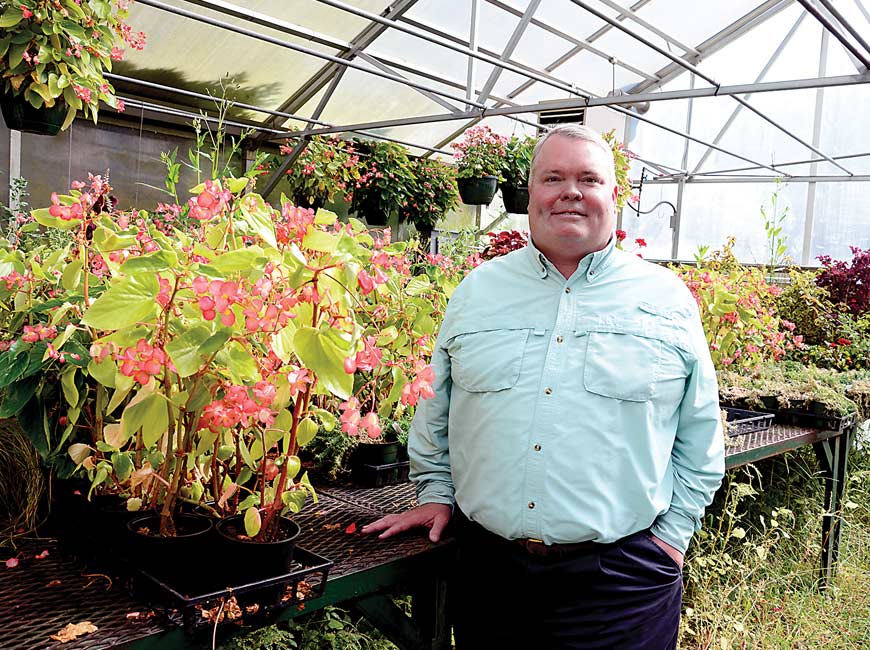 “Agriculture just encompasses everything, and that’s what I want to try to instill in the kids, a love of agriculture, that they know it’s just all around them,” he said. “The cotton in their shirts, the wood in the table, every meal they eat, and I want them to gain an appreciation of it.”

That’s an appreciation Castater himself holds close, having initially gone to school for environmental science at the University of Florida. After graduating in 1994, he went to work for an environmental firm and then back to school for an MBA. While he was working on his degree, his mom, a career kindergarten teacher, suggested that he earn some extra money doing substitute teaching and aftercare. Castater loved it so much he ended up graduating with a teaching certificate as well as the MBA.

“I started teaching the next year. I just absolutely fell in love with it,” he said. “I remember being a first-year teacher; I couldn’t wait for the weekend to end so I could go back.”

Castater is now beginning his 10th year as the agriculture teacher at Waynesville Middle, a position in which he’s tried to make class everything it wasn’t when he was a student in Florida.

“Back in 1984, when I took agriculture, we did a chapter a week and I hated it. We just did textbook work,” he said. “When I got here in 2010, I was like, I’m going to make this how I wanted it when I was a middle schooler, and we spend more time outside of the classroom than inside.”

The ag program includes a greenhouse, a woodshop and computer cart. Students do environmental studies at nearby Richland Creek, take engines apart and put them back together, raise a garden, even learn about the emerging technological components of agriculture, such as robotics and artificial intelligence.

“We’ve done everything from worm composting to aquaponics to hydroponics to incubating eggs,” he said.

Every year, the students learn firsthand how to run the small business that will pay for the learning experiences enjoyed by those coming after them. They measure the greenhouse tables, calculate how many pots will fit on them, and how much those pots cost. They put together a pot order, calculate the corresponding soil volume, and figure out how many bags to buy.

From there, they figure out how much they need to charge per pot to break even, and how much they should charge to make a profit. Then, they hold the plant sale. Even the specimens that don’t sell have their uses, however.

“We save a lot of plants so they can do grafting and cuttings with them,” said Castater. 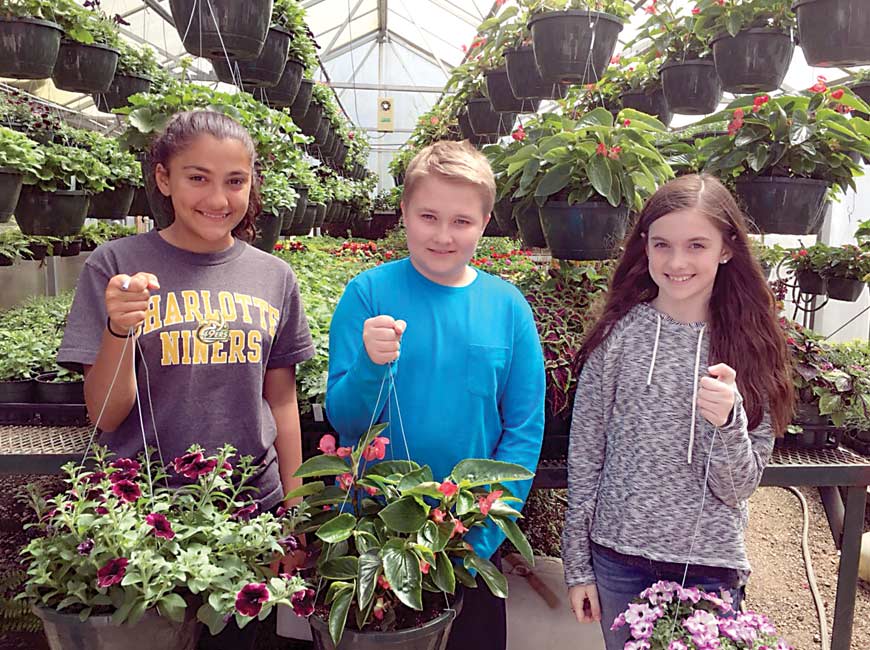 Sometimes, though, the plant sale proceeds don’t cover all the costs associated with running the program and keeping the equipment up to snuff — especially considering that middle schoolers aren’t exactly known for being easy on equipment. That’s where the grants come in.

There’s the $5,000 that Carolina Farm Credit recently awarded the program, and a $15,000 grant the Pigeon River Fund bestowed in 2012 to jumpstart an aquaponics system in the greenhouse — though Castater eventually had to end that experiment, as it took up too much room in the greenhouse, cutting down on plant sale proceeds. Castater also landed a grant from the N.C. Tobacco Trust Fund in 2016.

“I try to steer them to the ag track at Tuscola (High School), and some kids grew up on a dairy farm and they go back to it. I know some girls are going into veterinary school,” said Castater.

Agriculture is at the root of so much that is vital to both the economy and daily life, but statistics show that it may be in trouble. Over the past 50 years or so, the average farmer has gotten progressively older as total farm acreage has plummeted — in both North Carolina and the nation as a whole. In 1945, the average farmer was 46.6 years old, farming 64.8 acres of the state’s total 18.6 million acres of farmland, which was home to 287,412 farms, according to farm census data from the U.S. Department of Agriculture. The most recent census, completed in 2017, reported that the average North Carolina farmer was 58.1 years old, farming 182 of the 8,430,522 acres cultivated across 46,418 farms.

The reasons behind these trends are many and complex, but if they are to someday turn around, getting kids excited about agriculture will be part of the solution. And if the students take their cues from Castater, excitement will likely follow.

“I love it,” Castater said of his job. “I don’t know if I could go back to being a science teacher.”