A great teacher is like a poem: inspirational, direct 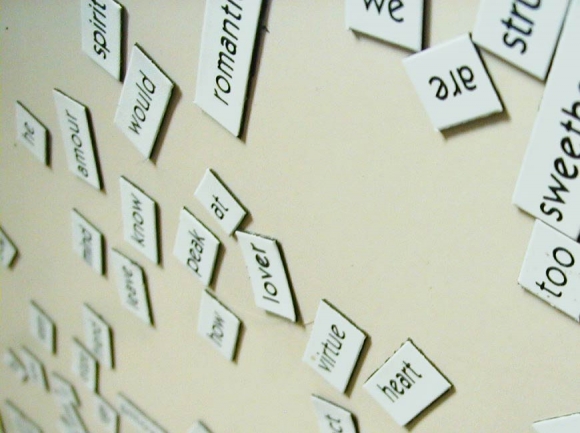 Photo by Gary DuVall from FreeImages

My fifth-grade teacher, Mrs. Pattyrae Busic, used to say, “Why, Chris, you’ve got your teeth in your mouth and your mind in Arkansas.”

I didn’t know exactly what that meant then and I still don’t. Where else would my teeth be, and why should I be thinking about Arkansas, a place I’d never been and had no interest in visiting?

On a good day, I could locate it on a map and name the state capital — a top priority in the fifth grade, it turns out — but my mind wasn’t in or on Arkansas. It was on Deloris Williams and whether I could talk her into meeting me at the Sparta Theater on Saturday night to see “Billy Jack,” a movie about a peace-loving part-Indian Green Beret Vietnam Veteran who protected his peace-loving girlfriend and her peace-loving students and their peace-loving school — called the Free School, of course — by kicking the crap out of a bunch of local rednecks who thought they were all a bunch of communists or something and wouldn’t stop harassing them.

There were a lot of local rednecks I would have liked to kick the crap out of, and when I wasn’t daydreaming about Deloris Williams’ dimples — which snapped up my heart and shook it like a rag doll every time she smiled — I daydreamed about whipping some redneck butt with my friend, Billy Jack, the two of us, peace-loving at heart, but well, you know how rednecks are. You can’t have one nice evening sitting around the bonfire strumming a guitar and singing Woody Guthrie songs without them showing their asses. Then you got to take care of business.

You also couldn’t sit with a girl in the Sparta theater without a lot of commentary and spitballs flecked with tobacco from the redneck boys three rows back, at least until the night manager came trundling down the aisle with his trusty flashlight to ferret them out. That’s when you really needed Billy Jack.

Mrs. Busic knew I was fond of daydreaming, but unlike most of the other teachers in elementary school, she didn’t hold it against me. She told me I was bright. She told me I had potential and that when I set my mind to it, I was capable of great things.

That’s what she said, but I wasn’t so sure. I guess I was a pretty good speller. I could add numbers very quickly. And I could write poems about virtually any topic — presidents, lunchroom meats, cheerleaders, gym class, whatever.

One of the things Mrs. Busic had us do in our fifth-grade year was write letters to either of the two senators who represented us in the United States Senate. It was an election year, and we spent some time in class discussing important issues in our country, in our state, and in our home town. There had been quite a debate over whether the town ought to resist efforts by an outfit called The American Electric Power Company to build a dam — a $430 million-dollar project — on the New River, which ran through our county. Some people thought it would bring growth and industry to our sleepy little town and that would be a good thing. Maybe we’d get another red light — or several more — to go with the one we already had. Maybe we’d get a fast food restaurant, or a Stuckey’s, or a Red Lobster! Maybe our citizens would get higher paying jobs.

Other people felt that such a change in the town’s character would be a bad thing, that we would lose more than we would gain, that maybe all the growth would not only bring in the “wrong element,” but would also change the people who lived here in some vague, but fundamental, way. Sure, we’d be more cosmopolitan, but we’d also be more corporate. We’d have more jobs, more people, more restaurants, and more red lights, but we’d be dead inside, our souls sucked out like oysters from a shell in the Red Lobster.

Naturally, I gave this a lot of thought, finally deciding that I needed to write a poem as part of my letter to the venerable Senator Sam Ervin. It read:

Elegant, focused, solid rhyme scheme, suitable for a T shirt or bumper sticker, almost a haiku. Mrs. Busic read it, and then looked at me over those wide-framed tortoise-shell glasses of hers that sat on the bridge of her nose, and said, “I think Senator Sam is going to love your poem.”

Mrs. Busic was right. A few months later, Senator Sam Ervin read my letter on the floor of the United States Senate. It became a permanent part of the Congressional Record, my first published poem.

Alas, it was only the second-best poem I wrote in fifth grade. Later in the academic year, there was a tragedy, which inspired this lyric that was pure Muddy Waters:

Why don’t you adore us?

You left me for Steven

And now I am grievin’.

And that’s why they call it the blues. I don’t know whatever happened to Steven. I’m sure Billy Jack would have hated him. I’m sure he doesn’t have a poem in the Congressional Record.

Since it was an election year, Mrs. Busic arranged for us to have an election in class. When the votes had been tallied, George McGovern had defeated Richard Nixon in a landslide. But our votes didn’t count, and Nixon took the White House much to the chagrin of the Sparta Elementary School fifth-grade class of 1973.

Not long after that, Senator Sam himself led a committee to investigate the Watergate break-in, which ultimately led to Nixon’s resignation.

Then just as slick,

That one’s not in the Congressional Record, but it ought to be. Thank you, Mrs. Busic.