The years pass, but Edisto remains 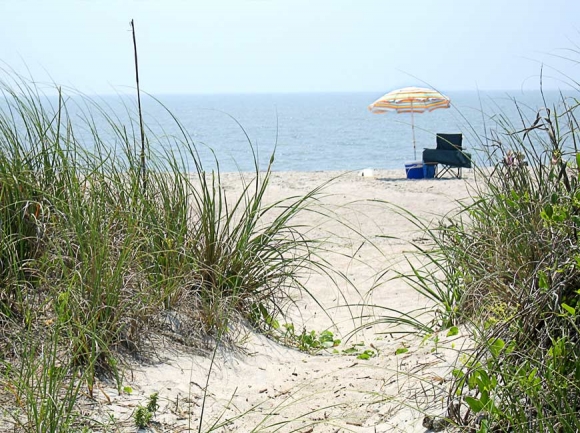 Photo by Cathy KIng from FreeImages

This year, it was the deer and the pelicans. We see deer every summer on Edisto Island, but never as many as this year. We saw them every day. Early in the morning, a mother and two fawns, crowding around the gazebo of the house we rented for the week. Late in the evening, on our bike rides through Wyndham Resort as they strolled the dark, empty roadways and pathways, freezing for a moment as we approached and locking eyes with us to determine whether we constituted a threat or were just part of the evening scenery. Sometimes we stopped, just a few feet away, and everything was just utterly still for a few moments, like being in a painting. I thought of Keats’ “Ode on a Grecian Urn.”

“Thou still unravished bride of quietness

Thou foster-child of silence and slow time…”

I have always enjoyed the pelicans, but in years past my favorite thing about them was watching them hunt for food: gliding over the ocean just inches above the surface, rising perhaps 50 feet in the air, circling a moment or two, zeroing in on their prey, pausing dramatically, and then dive-bombing the water with a calamitous splash. Tremendous fun.

This year, I spent much more time admiring their formations, marveling that anything could be so still and so swift all at once, that the formation was one thing, and within it, each individual pelican a separate thing. The one and the many, approaching on the horizon in a giant ‘V,” 30, maybe 40, of them passing overhead, graceful, serene, as if flying were absolutely nothing at all, completely effortless, whereas the seagulls have to make such a production of it, diving and swooping and flapping and craning their necks and squawking for Cheez-its like a bunch of complete fools. God, give me the serenity of a pelican flying in its community, impervious to such indignities, far above the noonday fray of a crowded beach.

We have come here every year for summer vacation since the kids were little. My son said it’s like they’ve grown up here, just as they have in the mountains. We made a conscious choice to do it this way, instead of choosing a different vacation destination each summer, which had its own appeal. It wasn’t just because we liked Edisto and its funky, anachronistic vibe the first time we came here 12 years ago.

We wanted the kids to have a special place of their own. We wanted to form traditions here that were solid and long-standing. We wanted them to get to know it in a way that you can’t possibly know a place you’ve been for only a few days. We wanted them to feel a sense of belonging, of knowing their way around, of being part of it, so that their childhood memories of their family on Edisto Island every summer become as much a part of them as the color of their eyes.

And so they have, in fact, grown up here, year upon year, the experiences and memories accumulating like layers of sediment, rich and strong and deep. Our daughter, who was six-years-old the first time we came, is now 18, literally days away from gliding off in search of a new formation. Our son, who was still in diapers that first year, is now a high school student who towers over his mother. He knows this island better than any of us, since he is always out on his own exploring every inch of it on his bike. He knows the shortcuts to every beach access. Every time we turn around, he’s gone, out somewhere on that bicycle.

Tammy spends every minute she can in the ocean. The kids and I can endure a couple or three hours at a time in the sweltering heat of the day, most of which I spend under the canopy reading a novel, a treat I rarely have time for the rest of the year, when I spend most of my time reading essays and research papers written by my college students.

The kids are in and out of the ocean, sometimes playing with their mom out in the waves, other times playing in the sand or eating snacks in their chairs, cords hanging like weird tentacles from their earbuds. Not Tammy. She would float out there all day, the ocean swells bearing her along, the cares of this world melting into a puddle of steaming nothing under the July sun.

I’m happiest in the late afternoon, when the sun has relented at last, the shadows have lengthened, the beach is nearly deserted, and the tide has rolled in all the way up to the bank — the ocean’s balcony seats — near our canopy. In that magical hour, we can sit in our beach chairs and imagine that we are the earth’s first people — or maybe the last — having come to the edge of the world to marvel at the majesty of creation, to ponder eternity. Sometimes we talk about such things. Sometimes we don’t talk at all.

When that hour is up, we move down to Bay Point to watch the dolphins at play in the sunset, our last one before heading home early in the morning. The sky is glowing burnt orange on the horizon, and the pelicans have abandoned their formations to float in the water, bobbing way out there in that bittersweet twilight. We stand ankle deep in the water, watching, waiting. The water in the bay darkens, and the dolphins, the pelicans, and the horizon, too, are all swallowed up by the night as the first stars appear. Good night, Edisto. Until next year, then.

(Chris Cox is a writer and teacher who lives in Haywood County. You can reach him at This email address is being protected from spambots. You need JavaScript enabled to view it.)