Our people are acting crazy again 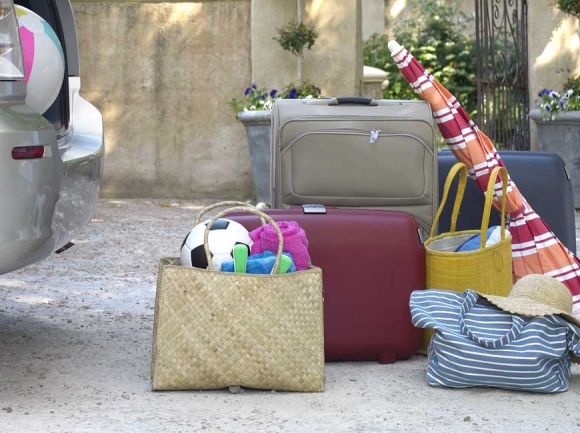 Our people are leaving. Again. We’ve seen this all before. We see it every year around this time. It’s hot outside. The days are longer. Then, one day soon, they start pulling all the suitcases out of the garage. The folding chairs. The huge canopy. The inflatables. Those stupid-ass pool noodles. Bungee cords to tie all this crap on top of the Subaru.

They bring it all upstairs and arrange it on the kitchen floor, like it’s some kind of weird puzzle they’re trying to put together. Some of the sand from last year is still stuck to the inflatables, and it makes kind of a mess on the floor, but do you think they care? They just dance around, acting like fools, listening to Bob Marley, not even noticing all the sand all over the place. It’s like a cat box up in here. I mean, we love them and all, but sometimes they act like idiots.

“Look at Frody,” my spouse says. “He hates this so much. Why don’t we just take them with us?”

“We tried that,” I say. “He hated the ocean. Absolutely hated it. He hated the hot sand. He hated having to be on a leash. He hated not being able to sleep in his own bed. And he especially hated being left alone in the cottage while we were out galivanting around doing vacationy things that he couldn’t do. Remember when he chewed up one of their throw pillows, the curtains, and the corner of their futon?”

“He was just anxious,” she says.

“Oh, sure,” I say. “Are you a pet therapist now? Well tell me this, Doctor Doolittle, when you have anxiety does it make you want to destroy a stranger’s living room suite?”

“Just look at him, honey,” she says. “I think he may be depressed. You know, he never eats when we’re gone.”

“We’ll get Debbie to feed him some French fries,” I say.

“I can’t stand not seeing him for such a long time,” she says.

“We’ll get Debbie to text us some pictures of him eating French fries.”

Tomorrow, the crazy lady comes. That’s how it works. They pack everything up tonight, smother us in kisses and hugs (it’s embarrassing, really), and then put us out in the backyard in these godawful shock collars that we have to wear so we don’t dig under the fence and then go chase the neighbor’s cat.

Sometime in the afternoon, she’ll come rolling up in her dumb little car with her dumb little treats, as if we’re so easily bribed. I’ll sniff at it, but I will NOT eat it, guaranteed. Oliver and Walter, the other dogs who live here, will gobble theirs down because they have no dignity. They have issues with setting appropriate boundaries. Plus, Oliver’s a biter.

Poor Walter is old, and I mean O-L-D. I’m nearly 70 now myself in dog years — I hate that term almost as much as “fur babies,” which is the stupidest, most insipid and insulting term for animals ever created. But Walter is older than me, a lot older. He can’t hear at all. He can’t really run, though he hobbles around well enough, I suppose. Mostly, he sits on the porch and whines about his arthritis. Is this my future? Let them have their ridiculous dog treats, I guess.

The crazy lady is nice enough, but she doesn’t really get me, and I don’t really get her. She drinks some kind of weird tea and watches different shows than my people watch. She goes to bed a lot earlier. She doesn’t sing in the shower, which is actually nice. On the other hand, she doesn’t eat her dinner in the bed or, even worse, offer me anything off her plate, which is how I determined that she is psychotic.

We’ve had these pets for so long — especially Walter and Frody — that it is easy for us to imagine what they are doing during any given part of the day while we are at the beach. When we get to missing them, we’ll talk about that.

Our neighbor likes to drive a golf cart from his house up the hill to the row of mailboxes at the end of the drive. Oliver hates that golf cart with a white-hot passion. Around 11 a.m., we’ll visualize him running alongside the golf cart on the inside of the fence. By 3 p.m., we can see Walter burrowed in a hole under the tree house, the shadiest, coolest place he can find on a July afternoon in Crabtree.

We imagine Frody at the door, looking in, wondering if this is the day his people are coming back.