A prayer for Mike and all who served 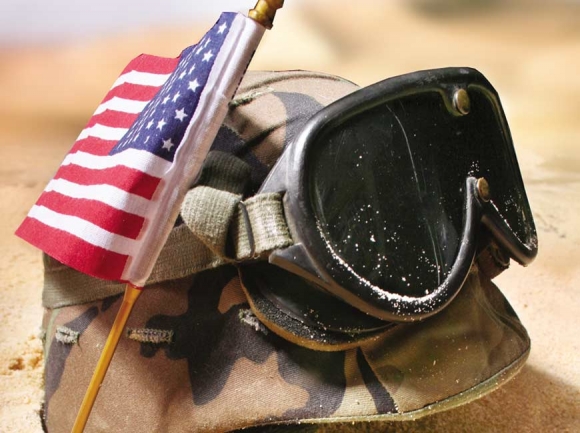 I wish I knew where Mike is. I haven’t seen or heard from him in 10 years at least. I like to think of someone reading this column, connecting some dots, and then sending him a link, or maybe scissoring it out of the paper and mailing it to him. I like to think of him waiting to get his teeth cleaned at the dentist, picking up the paper and reading this column that is for him, because the memories I have of the stories, the essays, the poems, the short stories and the songs he wrote in my classes haunt me sometimes. He shared his stories with me, and the least I can do his share his story with you. Well, at least part of his story. I wish I knew the rest. Or at least I think I do.

On this Memorial Day, as we are getting ready to head out for a big party at our friends’ house — a celebration of their daughter’s graduation from high school — I can’t get Mike out of my head. My first impression of him was not so different from the first impression I’ve had of the many veterans who have taken my English classes over the years. Quiet, punctual, clean cut, but something kaleidoscopic about the eyes, something hard to pin down. Restlessness? Vigilance? Tension? Remorse? Incipient panic?

It seemed odd to think of Mike — or many of the students I’ve had over the span of 30 years in the classroom as “veterans.” A great many of them seemed barely old enough to shave. Some were not yet old enough to buy beer without a fake ID, an affront that became the source of many an argumentative paper on the drinking age.

Mike didn’t say much in class those first few weeks. He got to class on time and left as soon as it was over, answering roll call and saying little or nothing else. No questions. Not much participation in small groups. He was attentive, taking copious notes. No spacing out. No checking his phone. No doodling or other nonsense.

I knew from the introductory autobiography I had them write as a way for me to get to know them a little bit, while also getting a snapshot of their writing level, that he had served two tours in Iraq and had not been back home long before enrolling in school. He wasn’t sure about a major yet. That was about it. Clean writing, but nothing special.

Their first major essay was a narrative. I asked them to write a story about themselves, something honest, specific and focused, something with a point. I wanted to teach them about developing a thesis, while also teaching them to use vivid sensory details to transport their readers into the time, space and circumstances of their story. I asked for about a thousand words, give or take, which is about four pages or so if the essay is double-spaced.

On the day students were supposed to read their drafts aloud in small groups for peer review, more than half the class brought in drafts that were a fraction of the target length. Some struggled to eke out more than a skinny paragraph or two. Some protested that they had nothing in their lives interesting enough to write about. I was used to that.

Mike’s draft was twelve pages, more than three times what I asked for. After I broke the class into groups of three or four, he approached me at my desk in front of the room.

“I wrote way too much,” he said, almost embarrassed. “Once I started, I couldn’t get stopped. I don’t know if it’s any good, or if it’s a good idea for me to read this to other people. I mean, I don’t know if I can anyway. Would you look at it?”

I took his draft and sent him back to his group to help his group members with their drafts. Then I read it. Then I left the classroom briefly to regroup outside in the overbearing early September sun while the students took turns reading their drafts. I could feel rivulets of sweat streaming down my back. Evidently, summer was not leaving without a fight. I read Mike’s draft again, about a patrol he led through a village in a much hotter place, surveying the damage after a bomb had exploded in that area. They entered what was left of a home and found what was left of the people there. They had “clean up” duty, the things they saw and had to do unimaginable, unspeakable.

I ask my students to “make sense” of their stories for the reader. What was the sense of this one? Mike wanted his readers to know that he went to Iraq to serve the country that he loved, and that when he went, he was one man. He was back now, a different man, he wasn’t sure exactly how or why.  He didn’t even who he was now, or what to do with these stories except to write them down. Maybe that would help, or maybe it wouldn’t. He didn’t know.

I had him in two or three other classes over the next two years. During that time, he grew his hair out very long. He grew a bushy beard before it became fashionable to wear one. He wore tie-dye T-shirts and headbands to keep his hair out of his eyes. It was as if he were trying to disappear inside a new version of himself.

He bought himself a guitar and played it between classes out on the grassy bank between Oaks Hall and Bradford Hall. I let him play a couple of songs he had written in class. He sang about the friends he made in Iraq who didn’t come back. He sang about his pain and his anger, about his pride in having served and the confusion he felt now. He wrote about coming back and finding a world no longer familiar. He wrote about the people he left behind, the beliefs he left behind, the part of himself that he left behind. He brought back a bunch of pieces of his life, and he was still trying to put them together when our time together ran out and he moved on to wherever he moved on to.

On Memorial Day, we honor those brave men and women who sacrificed everything for their country. We owe a debt that we can never repay. I don’t know how we can repay Mike either, or all the other veterans who came back, all of them with their own stories, except to say thank you and to offer a prayer. Heal well. Sleep well. Be well. Keep in touch.