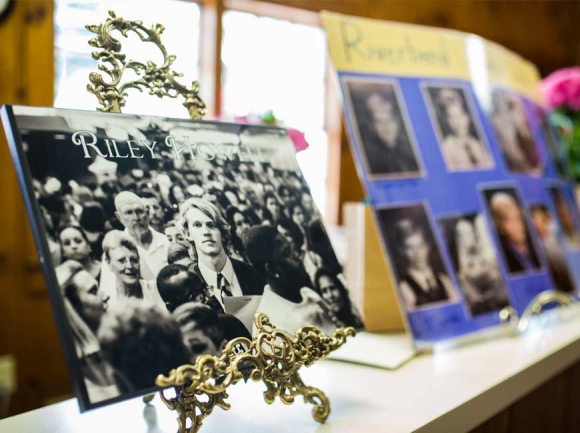 “Unfortunately we’ve all had the opportunity to think about people in the family — us — we’re going to need help getting through this,”  said Kevin Westmoreland, the father of Riley Howell’s girlfriend, Lauren. “Grief is one thing when your uncle dies and he’s 94, but traumatic grief is completely different. So we looked at the family’s needs when this happened, and a lot of those things cost money. We want to be able to help other families get the help they need without worrying about, ‘OK where’s the $100 dollars for the hour of counseling going to come from?’ that sort of thing.”

The Riley Howell Foundation is understandably a work in progress, understandable given the circumstances, but its mission is already clear, according to the foundation’s website.

“On April 30, 2019, Riley Howell was in class at UNC Charlotte. Seven minutes in, shots rang out and in a split-second decision, Riley chose to fight. He would not live to know that his actions saved others,” reads the website. “Riley died as he lived —  selflessly, bravely and in service to others. In memory of his courageous act and to honor a remarkable young man, The Riley Howell Foundation Trust will support and advocate for families affected by violence.”

Right now there are no specific group affiliations listed on the website, but Westmoreland said that probably by the end of summer, they will have identified a few other nonprofits that they will work through, while also making direct donations to families and individuals.

For more information on the Riley Howell Foundation, visit www.rileyhowellfoundation.org or email This email address is being protected from spambots. You need JavaScript enabled to view it..