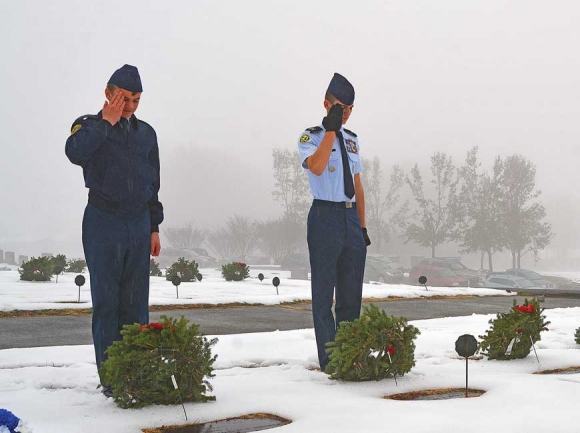 Months after a proscribed cleanup in Waynesville’s Green Hill Cemetery outraged residents who felt they hadn’t been given adequate notice, the town has followed through on its pledge to establish a committee designed to foster more collaborative care of both Green Hill and Dix Hill cemeteries.

“I think it worked out for the best. They picked an unbiased committee,” said Ybanez, who was among the most outspoken critics of the town’s cleanup and declared his interest in serving on the committee months ago, while also participating in an ad-hoc advocacy committee formed by concerned citizens in the wake of the controversy.

Two additional spots on the committee were filled by a vote of aldermen from among several candidates who had applied for the slots. One went to James Burke, a Waynesville resident since 2017 who gained experience in the funerary industry during his previous residency in Vermont. The other went to nurse Barbara Freeman, who had to resign abruptly due to what Waynesville Town Manager Rob Hites called “family issues.”

Aldermen will vote soon on Freeman’s replacement, likely from the list of candidates who were not initially selected April 23.

The committee also has two institutional members; Waynesville’s Assistant Town Manager Amie Owens will serve as the town’s representative, and someone from Wells Funeral Homes will eventually be appointed to serve as an industry expert.

Ybanez is hopeful that the committee will be able to come to some consensus on how people can honor their relatives buried in Green Hill while meeting the town’s cemetery rules — as well as Dix Hill, which was historically Waynesville’s segregated cemetery for African-Americans.

“I think it’s great that now we have an outside voice as well as a town voice,” said Ybanez. “I feel like now we can start to work together, instead of working against each other.”

Cemetery regulations have been in place in the Town of Waynesville since at least 1966, but probably even for 80 years earlier than that; town ordinances were revised in 1987 and then again in 1995 after Hazelwood became part of Waynesville.

That didn’t stop complaints about Green Hill Cemetery’s appearance, like those of former alderman Sam Wiggins in 1999. More than a year later, Mayor Henry Foy established a cemetery committee, and five years after that, in 2005, signage regarding prohibited items was erected.

In 2009, changes to the ordinance proposed by then town manager Lee Galloway were discussed at the board of aldermen’s annual retreat and in April of that year, the original “ordinance 18,” as it’s now known, was passed.

In that ordinance, specifically section 20, it declares unlawful “anything, including trinkets, toys, shells, glass vases, jars, tin cans, sand or other artificial material on any marker, plot, space or columbarium unit with the exception of cut flowers or artificial flowers, and approved flags on spaces of soldiers, sailors or Marines.” The ordinance further prohibits floral arrangements, benches, fences and lights.