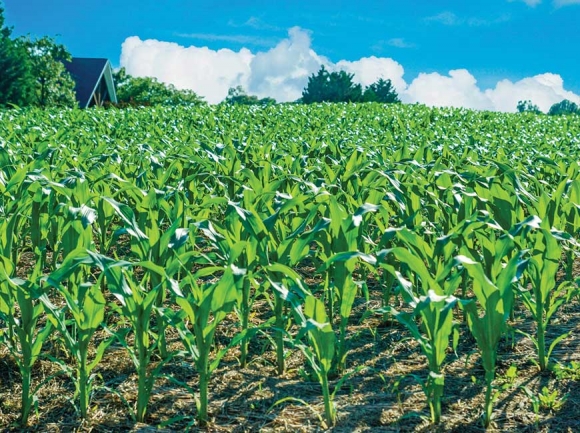 Editor’s note: This column first appeared in The Smoky Mountain News in April 2004.

These days my wife, Elizabeth, and I just play around at gardening in several raised beds situated beside the front deck of our home. This year, she has already put out patches of spinach, peas, and lettuce.  These will be followed in early May by Swiss chard, a few tomato plants and cucumber vines, a “teepee” of pole beans, and eight or so sweet banana peppers. We do get pretty serious in the fall, trying to establish by early September beds of potherbs (rape, turnip greens, kale, etc.) that will serve as cooked greens during the winter months.

Back in the late 1970s and early 1980s, however, we pretty much lived out of a large garden (maybe one-eighth of an acre in size) maintained in a flat area up the creek. We experimented with just about every crop that can be grown in the Smokies region. It was labor intensive, but well worth the effort.

Three of our vegetables were corn, pole beans, and winter squash. The raccoons usually beat us to the corn, but we did pretty well with beans and squash. Our favorite was acorn squash, which Elizabeth made into pies that were just the thing during the long winter months. For several winters running, we— along with our three children — had buttered acorn squash pie almost every night and never tired of it.

There’s always been ample evidence in the form of stone tools and potshards of a small Indian settlement (no doubt Cherokee) up the creek from where our old garden was located. A settlement on Lands Creek (located about three miles west of Bryson City adjacent to the Great Smoky Mountains National Park boundary) would have been a satellite of the major village at Kituwah just east of Bryson City. Well-worn trails, some of which are still in use, would have connected Kituwah with Indian Creek, Deep Creek, Lands Creek, and Peachtree Creek.

Agriculturists today recognize the genius of the Indians, who used the strength of the corn stalks to support the twining beans and the shade of the spreading squash vines to eliminate weeds and trap moisture for the growing crop. Bacterial colonies on the bean roots captured nitrogen from the air, some of which is released into the soil to nourish the high nitrogen needs of the corn. I have been told — but have never been able to substantiate — that these vegetables, taken together, provide all of the essential amino acids.

The Indian agricultural system was based on the hill-planting method, which is essentially the same one I learned growing up in piedmont Virginia. Women, who were primarily responsible for farming, placed several kernels of corn in a hole. As the small seedlings began to grow, they returned periodically to mound the soil around the young plants, ultimately creating a hill arranged in rows about one step apart. Two or three weeks after the corn was planted, bean seeds were planted in each hill. Between the rows, squash and/or pumpkins were subsequently sown.

Jane Mt. Pleasant, professor of horticulture and director of the American Indian Program at Cornell University, Ithaca, N.Y., has recently observed that “these staples of cropping are traditionally grown together on a single plot, mimicking natural systems in what agronomists call a polyculture. Though the technique was not developed scientifically, it is ‘agronomically sound.’ The Three Sisters cropping system embodies all the things needed to make crops grow. A monoculture, in which only one crop variety is grown on a plot of land, is a relatively recent agricultural technique. Though it is suited to high-yield mechanized harvests, it leaves crops vulnerable to disease and insects. A polyculture reduces the risk of an entire harvest being wiped out in this way.”

It gives Elizabeth and I no little pleasure to contemplate a “polycultural” agricultural continuity on our property dating back a thousand years or so.