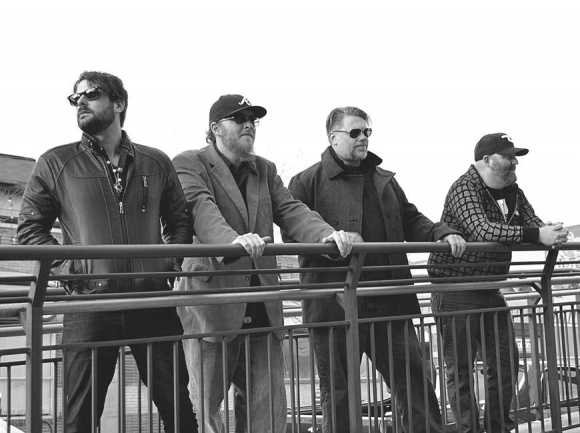 Fronted by the carefree and welcoming persona that is lead singer/guitarist Brock Butler, Perpetual Groove has bounced back from a hiatus in 2013 that nearly derailed the beloved group toward a point of no return.

And since it has come back to the stage, Perpetual Groove has found new footing as a jam-rock powerhouse of musicianship in the digital age, quickly reclaiming its longtime fans and countless new listeners along the way — all in search of that you-had-to-be-there beauty that resides solely at the core of improvisational music.

Smoky Mountain News: What does the landscape of Perpetual Groove currently look like?

Brock Butler: It’s an exciting time in the band. The new album comes out May 17. There’s been more time spent on making this record than anything we’ve done before it. Certain lyrics came into existence at quite a cost with regards to the perspective I’ve gained from things that have happened in what is now more than a year since putting pen to paper. I’ve lost a family member — my sister and closest friend — unexpectedly, which has opened my eyes to looking for the joys and focused my awareness and attention further to appreciate the present.

SMN: Is there a difference between being a “musician” and being an “artist”? Are the terms mutually exclusive, can one be the other, or can both be vice versa in the realms of creativity and sonic possibility?

BB: I think it’s art. For me, auditory, visual and the written word are all artistry — chefs, filmmakers, athletes, musicians. With the age old subjective of what is art, I might not have been as actively aware of what my intentions were when I was younger. Having fun making music in a rock-n-roll band was pretty much reason enough. The long and short of it is that music has been and remains my therapy, my joy, and my own outlet for catharsis. My gratitude that anyone has ever cared to listen to what we make at all has always been there. Over time, I hear from people I meet out on the road or if they message me about how certain songs or lyrics have effected their lives or what it’s meant to them — it’s ultimately all positives. My intent is mostly for the music to make people feel good or maybe even better — hopefully, a tranquil sort of thing.

SMN: For you, personally, what does the live setting spark within you, and also within your band?

BB: As far as the sound of the band Is concerned, I feel like it’s always been an evolving thing — always towards a more sophisticated thing. In some ways, albums are like the musical equivalent of yearbook photos. You can see some things that are indicative of the era that might be not as hip as you thought it was at the time, but, conversely, you can see how far you’ve come since that time. This applies to the live setting as well. I think it’s a big part of the appeal to having improvisation in our shows. There’s no substitution for the time spent together with your band mates playing, traveling, and the life experience, that gets woven into the mix.

SMN: What has a life in music taught you about what it means to be a human being?

BB: I can’t see any way to calculate what size of a ripple we might make as a band or I might presume to make as an artist. I just hope it’s a positive one to any ears that choose to dial in — to try to be about the things I talk about. There’s a wealth of forces and people at play in this world that don’t have a unifying intention or message. It seems that deliberately divisive and being controversial are the routes taken as often as not. What it means to be a human being and my intentions as a music maker are pretty much one and the same, connections and encounters that I would hope lend to — or even inspire — further kindness and positive things. I’ve been through enough peaks and valleys in life to not be naïve. Trying to find the balance of idealism and realism, and all while not getting jaded or cynical, takes finesse.

The event will also be the official grand opening of Altered Frequencies, Franklin’s newest outdoor music and event venue.

Tickets for Friday and Sunday are $8, with Saturday $20 per person. VIP and weekend passes are also available.

For more information on “Springtopia II,” a full schedule of events and/or to purchase tickets, click on www.alteredfrequencies.net.

For more information about Perpetual Groove, go to www.pgroove.net.