This must be the place: Don’t shoot the messenger 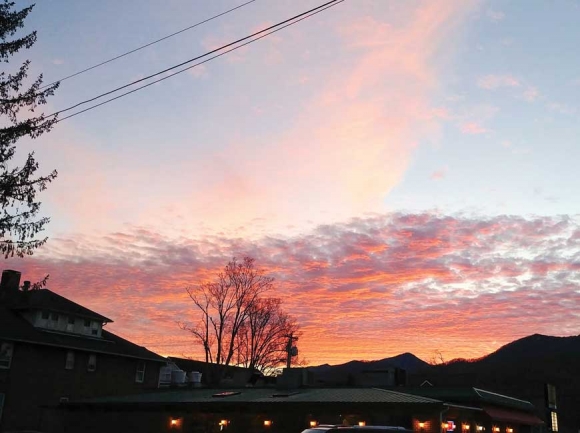 Right around this time of year, journalists from across the state gather at the North Carolina Press Association awards ceremony in Raleigh. It’s a chance for all of us “in the trenches” to catch up, compare notes, and simply take a moment to reflect on another year in the books.

As you read this column Wednesday morning, my colleagues and I from The Smoky Mountain News have already hit the road for the NCPA conference — coffee in hand, sunglasses pulled down, radio cranked — barreling down Interstate 40 for the 4.5-hour or so trek to the state capital.

The irony of being a journalist — someone who works with, and within, all levels of our society — is that it can feel like a very isolated profession. You spend countless hours each week alone, doing research and transcribing interviews, writing up cover stories and, sometimes, having to stand tall and defend your work in the face of public scrutiny — all in the name of the greater good.

So, when our newsroom heads to Raleigh, we once again get reminded that we’re not a news and information oasis unto ourselves, that there are dozens of other newsrooms dotting North Carolina, all trying to do what we aim for — creating societal dialogue, all while bringing truth to the people.

It also gives the folks in these newsrooms from Western North Carolina a chance to interact outside of our respective publications. Contrary to popular belief, most of the journalists in your town are actually close friends in real life. We spend time together, usually discussing the topics at hand, openly and honestly, that are affecting our communities, or we’ll just grab a beer and hassle each other over who will win the NCAA basketball championship.

I felt compelled to write about the “don’t kill the messenger” sentiment this week when I came across another Twitter post by our president on Tuesday morning: “The Fake News Media has NEVER been more Dishonest or Corrupt than it is right now. There has never been a time like this in American History. Very exciting but also, very sad! Fake News is the absolute Enemy of the People and our Country itself!”

Absolute enemy of the people, eh? Well, that’s some pretty dangerous rhetoric there, in my honest opinion. There is a big difference between Fox/MSNBC/mainstream media and the vast majority of other media/news outlets. Your local, regional and state media outlets are as unbiased as it gets, doing real reporting and publishing facts for the public to decide. Clumping all of these hardworking basic wage real deal journalists in with the million-dollar contract mainstream news anchors is like comparing apples and oranges.

People, people — your local newspaper is not out to get you. Sheesh. So many folks paint such a broad stroke in terms of what media “is” and “is not” these days. Do your research and stop believing everything you see and read about “the other side.”

Grouping your local, independent, hard news publications with the likes of far-left and far-right mainstream media is, well, just asinine and counterproductive to the tireless efforts we put forth on the ground each and every single day.

Just the other day, I saw a post on the “We Love Waynesville, NC” Facebook group. The person was asking the group if our town was, well, “open-minded,” to which many folks posted very stereotypical responses about the locale having a “conservative vibe” or it being “very racist here.”

So, I felt the need to respond to those comments, which I did: “Y’all need to expand your social circles more. There’s conservatives and there’s progressives. We have a pretty wide-range of folks in these parts, either multi-generational or from all over the country, seeing as we’re a tourism-based economy. As a journalist covering this entire region, I find the people quite pleasant and welcoming, very much so. Racism and BS politics? That’s everywhere in our country, sadly. So, you can’t really use that as a unique ‘thing’ to our backyard. But, I love Haywood County. As a ‘damn yankee’ from Upstate New York, I’ve always felt welcome and safe here. People are incredible. Whatever differences there may be, I’ve used that as a learning experience to apply to my own background and raising. You’d be hard-pressed to find nicer folks than that of Haywood County.”

We will remain divided as a country as long as both sides continue to shut down in the presence of the other. It used to be “I disagree with you, but I respect you.” Now, it’s “I disagree with you, so I hate you.” The only folks that win in this situation are politicians (agendas) and mainstream media (ratings).

Today, take a moment and remember what it was like (or could be like) to find common ground with someone who might not see eye-to-eye with you. Bridge the divide. Push forward in hopes of change, together.

These are all thoughts running through my head, and through the minds of other North Carolina journalists, as we make our way to Raleigh — only to return home refueled for another year in the journalistic trenches in a battle for truth.

2 Sponsored by the American Bladesmith Society, the “Great Smoky Mountain Hammer-In” will be held March 21-24 at Haywood Community College in Clyde.

5 Joe Landwehr will present his two volumes of Astrology and the Archetypal Power of Numbers at 6:30 p.m. Friday, March 22, at City Lights Bookstore in Sylva.