National Park visits up despite shutdown 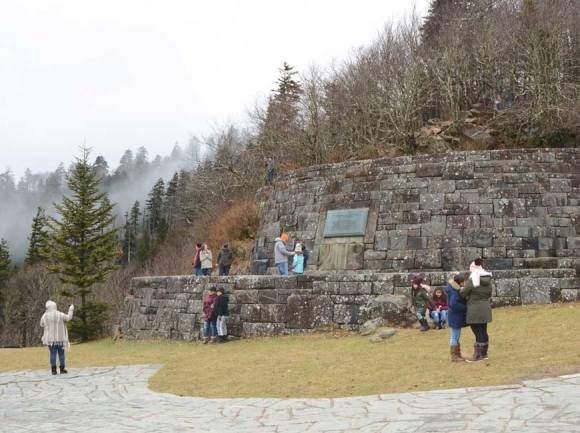 Despite a government shutdown that lasted most of the month, visitation in the Great Smoky Mountains National Park was markedly higher this January than in the same month last year.

The government shutdown lasted from Dec. 22, 2018, through Jan. 25, 2019. During that time, the park was still accessible to visitors but services such as bathrooms and visitor information were not available much of the time. Some roads also saw more closures due to lack of staff to quickly clear them following weather events.

Park spokesperson Dana Soehn said she’s still examining the data to determine why the numbers came through so much higher.

Soehn said she’s looking into how often Newfound Gap Road was closed during that time compared to other years and also noted the recent opening of a new section of the Foothills Parkway, which has drawn more visitors to the park overall. The statistics show 66,063 visits to Foothill Parkway West this January compared to 1,756 visits in January 2018.

The Blue Ridge Parkway, meanwhile, saw a decrease from last January overall but an increase within the Pisgah District.

Throughout the 469-mile roadway, 508,236 people visited in January compared to 528,791 in January 2018 — a 3.9 percent decrease. However, much of the negative pull came from the Virginia portion of the park, which saw a 52.4 percent decrease in visitation. The North Carolina Highlands District saw a 5.8 percent increase and the North Carolina Pisgah District — which covers Buncombe County and west — saw a 22 percent increase. This increase occurred in the portion of the road between junctions with N.C. 694 and N.C. 191. Junctions north and south of that portion saw decreases in visitation.