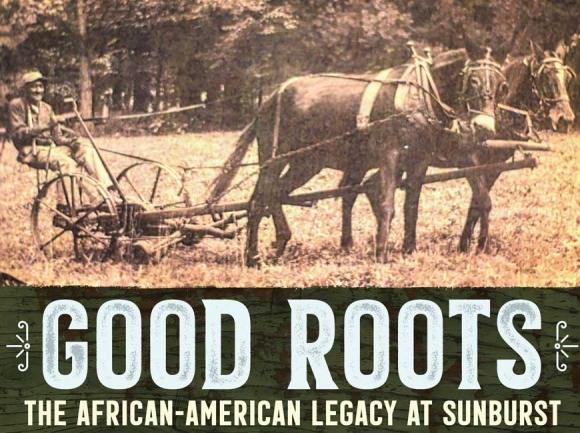 In a county as old as Haywood, there exist all manner of half-remembered places and faces long gone from the physical world yet immortalized through penciled notes on the backs of dog-eared, sepia-toned photographs.

Sunburst, in southeastern Haywood County, is one of those places; the subject of intense historical research, it’s been documented better than most ghosts of Haywood past, but the story of Sunburst has always been short one chapter.

The places are well known — Spruce, Three Rivers, “bastard Sunburst,” the ballroom, the band saw, the hotel, the general store — but it’s the forgotten black faces from these well known places that, were it not for people like Lewis Oats, wouldn’t be remembered at all.

Looking out over the placid waters of Lake Logan, it’s hard to envision the bustling sawmill that occupied the site more than a century ago.

European settlers began logging in Western North Carolina not long after their arrival in the late 1700s, some of them setting up small family-run operations on the rivers and creeks that vein Haywood County.

With the arrival of Canton’s Champion Fibre Company around the turn of the 20th century, demand soared, so proprietor Peter G. Thompson began the first of a series of purchases that would eventually amount to more than 40,000 acres of timberland in an area he called “Sunburst” because of the way the sun rose over the mountains.

Not far from the Sunburst campground off N.C. 215, a small community of laborers sprang up after 1905, building homes, businesses and places of worship. 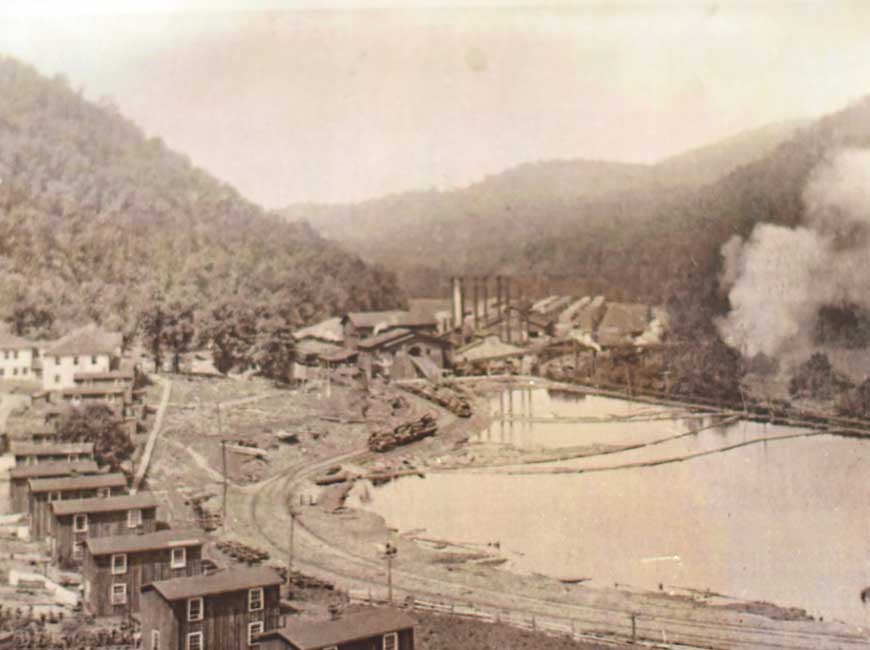 Smoke rises from a bustling Sunburst around the turn of the century. Today, Lake Logan occupies this valley. Donated photo

Just a few years later, Champion sold all of Sunburst to a new entity called the Champion Lumber Company. To overcome some transportation and distribution issues, Champion Lumber moved the whole operation, along with the Sunburst name, 4 miles upstream to a site locals derisively called “bastard Sunburst.”

“Over time, with the railroad coming in and the needs of the logging industry, it was more convenient to bring it down to where Lake Logan is today,” said Evelyn Coltman, chair of the Bethel Rural Community Organization’s historic preservation committee.

BRCO is one of about 70 community organizations in Western North Carolina, each with a particular focus; Coltman said that in addition to a food pantry and benevolence committee, her group is tireless in its efforts to gather, record and preserve the history of the area, and then make that history accessible by producing a variety of books and films.

The most recent is a lengthy presentation of the history of Sunburst, which after its move upriver became an even more significant, sophisticated community that eventually grew to house hundreds of workers — some of whom had electricity, running water and telephone service.

Those relatively modern amenities, though, weren’t the only progressive notions visited upon the isolated mountain hamlet.

“He came here to work,” said Clyde resident Lewis Oats, Jr., of his grandfather Fred Moore. “Just like the others came here to work. This was employment, and they were paying, at that time, it was good money.”

Moore, an African-American from Blue Ridge, Georgia, migrated to Haywood County sometime in the early 1900s to work at Sunburst. At the time, so-called Jim Crow laws began to curtail hard-earned rights of former slaves and free-born African-Americans throughout the South. Although their systematic disenfranchisement would come later, African-Americans faced significant disadvantages and discrimination not only from the businesses that refused to serve them, but also the businesses that refused to hire them.

Oats’ other grandfather, Will Oats, came from Bryson City with his brother Tom to work at Sunburst as well.

“You couldn’t turn that work down because you didn’t have no work unions or anything like that in those days,” said Oats. “People come from far away just to make a living.”

Chattel slavery of the type practiced across the Cotton Belt and the Mississippi River basin never really took hold in Haywood County, a consequence of the general unsuitability of mountainous Western North Carolina for large-scale agriculture.

But slavery wasn’t unknown in the area; Franklin, in nearby Macon County, had its own slave market, and the first known sale of a slave — actually, a married couple — in Haywood County took place in 1809. The price, $2,750, translates to around $44,000 today.

The 1810 U.S. Census reports that about 9 percent of Haywood County’s families owned slaves, who at that time numbered around 160. A decade later that number had grown to more than 270, but never got much higher.

Consequentially, as the Civil War drew to a close, there weren’t many African-Americans left in Haywood County and as Sunburst began ramping up operations 30 years later, the presence of African-American workers there was unusual, but it wasn’t unexpected.

What was unexpected, though, was the degree to which African-Americans were accepted, even welcomed, at Sunburst. 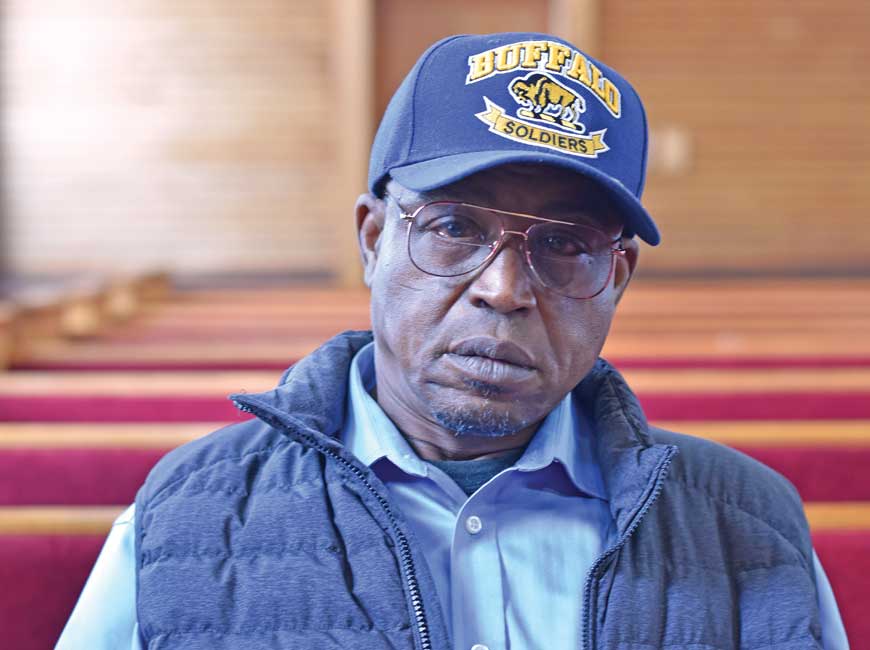 “They were looked upon by the type of skills that they had,” said Oats. “Every man’s work was valued. Sunburst was like a boomtown, so you had a variety of people coming in at the same time who had all these different personalities, and they had to gel together as a unit.”

Although Sunburst’s schools were indeed segregated, the rest of the accommodations were relatively free of discrimination.

“It was a unity thing,” Oats said. “They became friends when they were working together.”

That, Oats said, created a sense of community that transcended racial lines and focused more on what the workers, regardless of color, all shared in common — a hardscrabble existence in a remote settlement where backbreaking work was the norm and accidental deaths were common.

“If you ran short on food or whatever, you knew you can count on the next door neighbor to help you out,” said Oats. “Nowadays it’s a horse of a different color.”

An example, recounted by Oats in the recent BRCO video release called Sunburst and Other Logging Operations in the Bethel & Cold Mountain Community, involves his grandfather Fred, one of the only musicians in the camp.

“He played the banjo, so on Saturdays they’d have a hootenanny and the blacks and the whites danced and sang together,” Oats said. “They had a real good time. There was no ‘This is the black community, this is the white community.’ They all lived together in harmony.”

In its prime, the mill produced enough lumber each day that if lined up end to end it would stretch more than 34 miles. During World War I, when many military vehicles like boats and airplanes were still made of wood, that 34 miles of wood per day increased to 47.

An arson fire at Sunburst in 1922 accelerated the demise of logging operations that had already begun to dwindle, but another fire three years later was the last straw; the mill was taken apart and moved to Waynesville, the Sunburst post offices closed.

Canton’s Champion paper mill then bought the area back from the Champion Lumber Company in 1929 and built a dam in 1932, forever flooding the site under dozens of feet of cool, clear mountain rainwater now known as Lake Logan.

For the next several decades, the site was used as a retreat for Champion’s employees, management and guests until the Episcopal Church purchased it and turned it into a conference and retreat center in 2000.

Sunburst’s legacy didn’t end beneath the waters of Lake Logan though, especially for the forgotten African-Americans who labored there in relative equality. 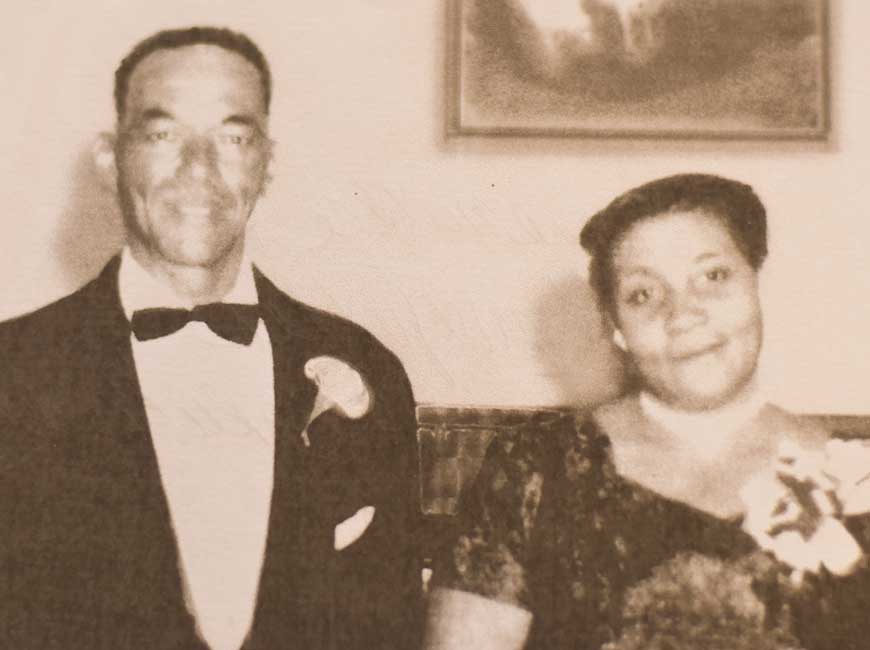 Oats attended the segregated Reynolds School in the historically African-American Canton neighborhood of Gibsontown before starring as a running back on two Pisgah High School state championship football teams. Although he could have attended college on an athletic scholarship, he opted to join the military instead, where he worked on the Pershing missile program in Europe and had several different top-secret clearances.

He credited his grandfathers — and Sunburst — for giving him the chance to do any of that.

“After Sunburst closed, they were able to raise their families in the community,” he said. “From Sunburst, they were able to become businessmen, even though one was a sharecropper, and the other one, he was a bootlegger, but they had businesses.”

His mom’s father, Fred Moore, bought land in Waynesville after Sunburst closed, and returned to farming — this time, for himself. He also opened a popular drive-in located in Waynesville’s African-American neighborhood clustered along Pigeon Street. Oats’ father’s father, Will Oats, bought some land in Canton, worked at the paper mill, and also opened up a drive-in.

Notwithstanding the tremendous impact Sunburst (and bastard Sunburst) had on Oats — whose forebears emerged from their terms of employment at the sawmill with social, economic and educational advantages other African-Americans didn’t yet enjoy — as well as generations of African-Americans like him, it’s Oats’ memories that remain most valuable; despite the substantial collection of materials that testify to the existence of Sunburst, not a single photograph of African-Americans working at Sunburst is known to exist.

That’s compounded by a startling lack of African-American historical resources in general in Western North Carolina. Oats, however, remembers their faces, and the Bethel Rural Community Organization’s work in preserving their legacy means one of the last chapters of the Sunburst story has finally been written.

“The African-American community that was at Sunburst was a strong community,” Oats said. “They had a lot of knowledge when they left there, and they were able to expand once they left Sunburst. The foundation for good roots was set at that time.” 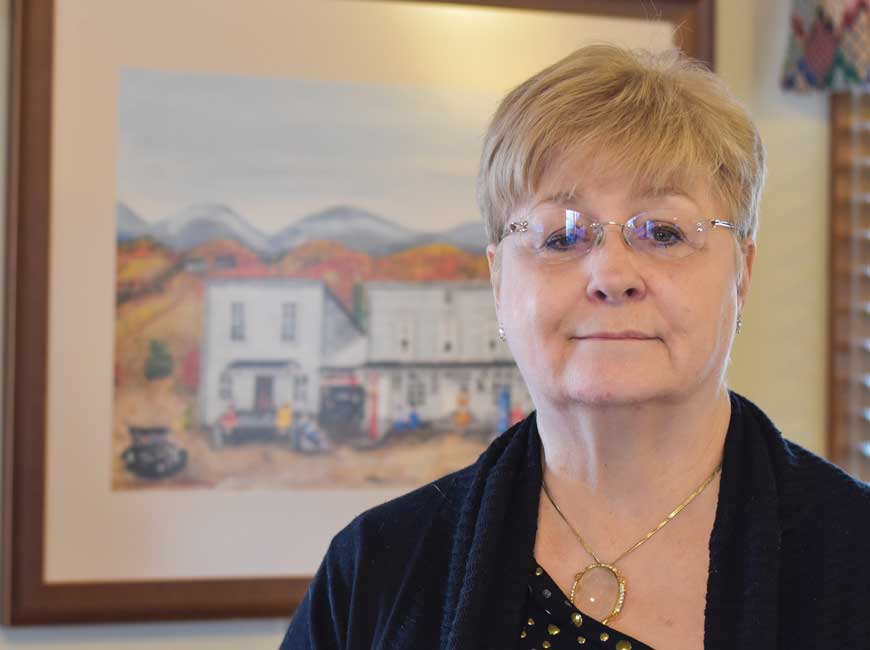 Founded in 1991, the Bethel Rural Community Organization is a 501(c)3 nonprofit with a mission “to coordinate local and regional resources to perform programs and projects that enhance the quality of rural life in Bethel Community.” Historic preservation efforts by BRCO have earned the organization multiple awards, including from the North Carolina Association of Historians and Western Carolina University. Historic preservation aside, BRCO has also put almost 550 acres of land into permanent conservation, as well as nearly a mile of river frontage, earning an award from Haywood Waterways Association in the process. BRCO’s largest fundraiser is the state’s oldest half marathon, but the group also produces and sells books, art prints, music CDs, guided audio tour CDs and DVDs, like the one on Sunburst. For more information, visit www.bethelrural.org or email Evelyn Coltman at This email address is being protected from spambots. You need JavaScript enabled to view it..