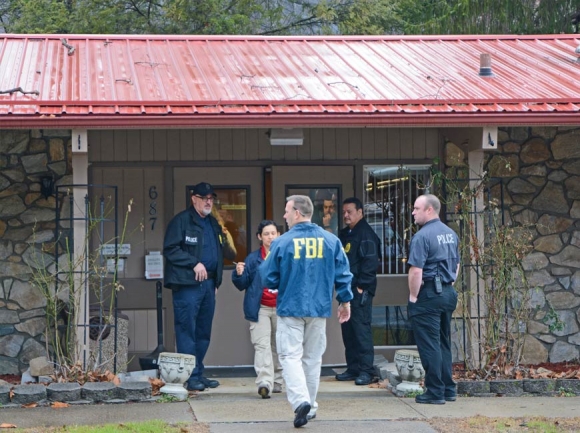 An ordinance that would have codified a laboriously passed December resolution abolishing the Qualla Housing Authority was tabled during the Cherokee Tribal Council’s Jan. 10 meeting.

During its December meeting, the body passed a resolution dissolving QHA and designating the tribe’s Division of Housing as the entity to receive any future monies from the U.S. Department of Housing and Urban Development. While the resolution was all that the federal government needed to start disbursing grant funds to the Division of Housing rather than QHA, actually dissolving QHA — whose role is encoded in tribal law — requires Council to pass an ordinance too.

Simply passing the resolution was a massive effort requiring hours of work sessions and formal discussions, with Council first considering the legislation in October, when it tabled for November, after which it tabled it for December before finally passing it.

Nor was this the first time legislation was introduced attempting to dissolve QHA, which has a history of allegations involving misuse of funds, insufficient recordkeeping and poor internal controls — the organization has even been investigated by the FBI, which removed two U-Hauls full of records from QHA in February 2017. Also in February 2017, then-Principal Chief Patrick Lambert submitted a resolution attempting to begin the process of dissolving QHA, but the resolution was repeatedly tabled and eventually disappeared from the agenda.

The decision to table the ordinance that would have finally dissolved Qualla Housing was made at the beginning of the Jan. 10 meeting, during the section of the agenda when Tribal Council decides on any changes to the published agenda before diving into business. Principal Chief Richard Sneed, with support from Councilmember Perry Shell, of Big Cove — who also chairs the Qualla Housing Board — asked that Council table the ordinance for further discussion.

“This affects everybody, all of our constituents, and not just the board,” said Shell. “I think we need to have more discussion to include all of the representatives here.”

Council voted unanimously to table the ordinance, but later in the meeting Housing Director Travis Smith arrived with a question.

“Can I get some reasoning why?” he asked. “What was it tabled for?”

Shell replied that he’d spoken to several members of the housing board and of Council who wanted to talk about it more first.

“Because of the gravity of it on the entire tribe, I think we need to have a work session on it,” said Shell. “It was a unanimous vote to go ahead and do it.”

“I appreciate that,” replied Smith, “but it was also a unanimous vote to move ahead with it (the resolution in December).”

In December, 11 of the 12 councilmembers voted to pass the resolution, with Councilmember Bo Crowe, of Wolfetown, the sole nay vote.

“We need more input on it,” Shell told Smith.

It’s “frustrating,” he said, to see the change keep getting pushed back — Tribal Council is at the “end of the line” and needs to either pass the ordinance or rescind the resolution it passed last month, he said.

“We’ve got to make a decision here,” Smith said.

“We will and we do, but we don’t want to make a hasty decision either,” replied Shell.

Neither the housing board nor council has had a chance to talk about the proposed ordinance yet, Shell said. The draft, redlined ordinance is 12 pages long.

“This has been over a year. You called me yesterday on the whole thing,” Smith interjected, causing Chairman Adam Wachacha to bang his gavel.

“I’m going to curtail this a little bit,” said Wachacha. “It’s already been voted on to table and have a work session on it, and we’ll contact everybody that needs to be there.”

The federal government shutdown might have more severe impacts if passage doesn’t move along, Smith warned. Much of the QHA’s budget comes from federal HUD dollars, which are frozen during the shutdown. Earlier in the QHA discussions, Sneed had said that abolishing QHA and consolidating the functions of QHA and the Division of Housing would result in a $2.5 million savings.

“We’re on the reserve part of HUD dollars now,” Smith said. “If we go over a month or so there will be potential layoffs too. So something else to think about.”

The ordinance will likely reappear on the agenda for the Feb. 7 meeting.