A master in our midst 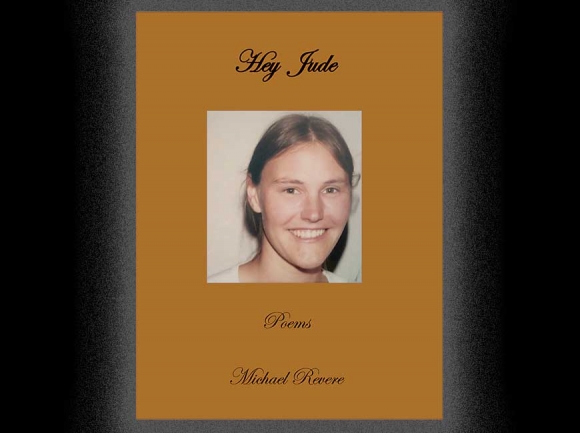 Michael Revere grew up here in these mountains. He went to college at the University of North Carolina at Chapel Hill. He hung out with the elite literati there in the 1960s, had a book of his poems published by a press in the Triangle and then hit the road Kerouac style as a rock and roll drummer and headed west.

His life story is an adventure worthy of a biopic that resulted in his eventual return to his geographic roots where he has been now long enough to raise a couple of children who are now approaching middle age. During all this time he has maintained his allegiances to his first two loves: poetry and his wife Judith. Hence the title of his new book of poems just out by Milky Way Editions titled Hey Jude in honor of his wife and after the Beatles song of the same name.

Michael Revere has been on the poet’s journey his whole life. Since returning to the Southern Appalachians he has published several books of poetry and had his work published in many literary journals and anthologies. His literary archives are now being collected by UNC Chapel Hill. For the past year or so he has been on a tear, writing a poem a day — the majority of which comprise the new Hey Jude book, with a few earlier gems pitched in for good measure. Having been familiar with his earlier work, my take on this new collection of poems is: that it just may be the best and the longest lasting collection of his life in terms of his legacy.

Dedicated to his wife Jude (as he referred to her in life as in his poems) , Revere combines strong poems of spirituality, sociology and love. “Soulmate silk/strong as love/miracles and sunshine” he writes in the poem “Dawn.” And in “Lonesome Soul” he writes, “The coldest winter of my life/was not for lack of blankets/heat or fire/the freezing fact of the matter is/i was not with you.” And in “Love” he writes “Love is a liberty bell that won’t crack.” And in the title poem he writes in homily “Jude went to Heaven/on April 18, 2018/We were together for forty years./ I cannot stop crying .... Jude is an angel who was sent to Earth ... I will be with you soon./I will love you forever.” Such impassioned devotion and dedication is rarely witnessed with such surrender and intensity.

But Hey Jude is not just an homage to his recently deceased wife, but contains, too, poems of political and social insight and concern. Poems on everything from gun regulations to honoring our military veterans (of which he is one) can be found in this volume. In the poem titled “Without End” which he dedicates to the novel Dr. Zhivago by Boris Pasternak, he writes emotionally yet with conviction: “Human reptiles/blood-stained snow/Nowhere to go/Deep-rooted pain,/erupting nightmare,/mother nature wounded/beyond repair/Madness ruling all life forms/from core of earth/to blazing sun/Purple crows laughing/the feast is on/midnight to dawn/Please pass black ketchup/before we say grace/and beg for mercy.” But then he adds in a short section of haiku-like poems: “There is always light/at the end of the tunnel/we just can’t see it.”

Last, but not least Hey Jude is also an expression of his spiritual faith. In this case in reference to God and the person of Jesus, who he considers his spiritual mentor. Here he professes his faith in no uncertain terms in poems such as “Universal Family” when he writes “We are all God’s children/be they red, yellow, brown/black or white/Every man on earth/is my brother/Every woman on earth/is my sister/Love everybody/Love is the duct tape of life.”  And in “Straight From Heaven” he writes “Love directed/by Almighty God/to earth/We do not need eyes/to see his presence/nor hands to feel/his holy spirit/of goodness and peace/for his children/on planet Earth/Amen.”

Put in the cliched terms of modern vernacular, Michael Revere is the ”real deal.” There is nothing else but integrity in his life, which is a mirror of his work. And we who read and know him are recipients of these gifts. This book is a celebration. A hopeful human heartbeat for his generation and those to follow. I truly believe that Hey Jude and its heartland will be with us for a very long time. In the end of this book, he writes “I will go down dancing.” And I believe that he will.

Copies of Hey Jude by Michael Revere are currently available at City Lights Bookstore in Sylva.

Thomas Crowe is a regular contributor to the Smoky Mountain News. His latest poetry collection is a book of love poems titled Learning To Dance. He lives in Tuckasegee and can be reached at This email address is being protected from spambots. You need JavaScript enabled to view it.