We gym rats have our own little cliques 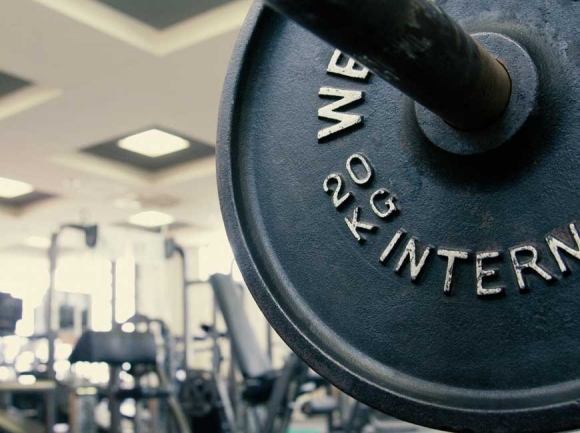 When I was in my teens, I was so skinny that people winced when they saw me. The local druggist offered to buy me a cheeseburger if I would eat it in front of him. Imagine if God had left the making of humans to a fourth-grade science class supplied with nothing but a box of coat-hangers and a bag of hair. That was me, all sharp angles and a mop of light blonde hair. I looked like a walking geometry problem.

I tried eating more, but no matter how many times I loaded my plate with spaghetti, or mashed potatoes and roast beef, or chicken and dumplings, I just could not “fill out.” I messed around some with weightlifting in physical education class, but I was so weak, I could barely lift the bar by itself, let alone with any plates on it, even the small ones.

Luckily, the PE teacher was more absorbed in reading the latest Sports Illustrated swimsuit issue to pay much attention to what we were doing, so I got by just milling around the weight room during gym period, spotting other people on the bench press or the military press, which turned out to be pretty simple, or by stretching on the wrestling mat to “work on my flexibility.”

A couple of years after graduation, I bought some second-hand weights and a fairly rickety but functional bench press from a guy who posted them in the classified ads in the local paper. Every night, I would play AC/DC at full volume and do three sets of bench presses, three sets of pull-ups, three sets of curls, and three sets of military presses, gradually adding weight in very small increments. The first time that my dad noticed that my arms were getting a little bigger was, to that point, the proudest moment of my life.

I was so inspired, I began concentrating more and more on curls for the next several months until my arms were nearly as big around as my thighs. It never occurred to me how odd that might look. My legs still looked like chopsticks, but my biceps were the size of navel oranges. I wore tank tops all the time. I joined the local gym.

Since then, I have been a member of at least half a dozen gyms in the different towns where I have lived. In those years, I have learned a few things about gyms and the different types of people you see in them. For example, although every gym has a distinct culture, every gym also has familiar types, as follows:

•  The Roosters — usually (but not always) guys, who spend most of their time in the gym strutting around, making sure they are both seen and heard. The Roosters will generally work out together, drinking jugs of water laced with creatine, or eating protein bars that cost four bucks a pop. They take turns on the bench press lifting huge amounts of weight, grunting as if they are giving birth. Eventually, they will spend thousands of dollars seeking sweet relief from the chiropractor, or pondering the pros and cons of shoulder surgery. But right now, they are forever young.

• The Lonely Hearts Club — These folks use the gym as much for socializing as they do for working out. They spend much more time there than anyone else, even the Roosters. They will do a set, and then talk to anyone in the gym that they know for at least 10 to 15 minutes before doing the next set, which drives everyone else in the gym completely wild with irritation, especially if the gym is busy and people are waiting to get on the machine they are unwittingly monopolizing. Some members of the Lonely Hearts Club are looking for love — or at least a date — scanning the room every so often for new faces, or for the faces of regulars who are rumored to be newly single. In this case, they may overlap slightly with the next group.

• The “Periscope Up” Group — These members are hyper aware of even the smallest bit of attention directed their way. They may or may not be seeking anything more than attention, which is like a drug. The more they get, the more they want. Their periscopes may be up for different reasons, but the symptoms are basically the same. Their need for attention is almost palpable, almost a fragrance.

• The “Periscope Down” Group — The rarest of birds, these people are there only to work out, not one thing more and not one thing less. They go about their business with a fierce singularity of purpose that is almost freakish. Even if you know them outside the gym, they may not speak or even notice you if you walk right past them. Their workouts are efficient, meticulous, and no-nonsense. They could not care less who notices them. In fact, they are oblivious to it. Leave them alone.

• The Pundits — These people are there to comment on the day’s events, their conversations almost always centering on politics. They have Very Strong Opinions, and they share them loudly with other Pundits so that everyone within a 100-foot radius will be sure to be enlightened, or put on notice if they have different opinions.

• The Old-timers — Most likely charter members of the health club, they form a small core of people in the gym who have been there forever and seen it all. They have been trudging into this gym day after day, week after week, for 20, 30 years, while hundreds or even thousands of other people have come and gone. Unless there is a nuclear holocaust, they will be there, year after year, doing their three miles on the treadmill, their leg lifts, their lunges, their crunches. Death alone will stop them, and nothing else.

• The Tourists — Alternately known as “The New Year’s Resolution Gang,” these folks were either gifted gym memberships by hopeful spouses, or have resolved to lose a certain amount of weight, or reduce their blood pressure or blood sugar to a certain level, or to look good in their bathing suits for that beach trip, or to just feel better, damn it. Nervous and intimidated by all of the people who crowd into the gym this time of year, as well as all of the hulking machinery, which seems so foreign and so remote, they are like immigrants in a new country, worried that they will never speak the language, never assimilate. They are discouraged by how hard it is when their bodies are shocked by sudden exercise, how painful it is for the first couple of weeks, how out of place they feel, how inferior and how alien.

They do not know that the soreness they feel now will gradually go away, replaced by endorphins that will eventually produce feelings that are actually pleasant, invigorating, satisfying. They do not know that no one is judging them for not knowing how to work the lat machine, or that they will make friends and learn the language if they will only immerse and allow enough time to find their tribe. Only a very tiny percentage will persevere.

Every January, the gym is swarming like a beehive. By Valentine’s Day, most of the bees will have retreated to more familiar hives, leaving the other groups to resume as they were. After spending some time in residence in several of these groups, I guess I’m an old-timer now, though in my head I am still 27, part of the Denial Tribe, whose existence I can neither confirm nor deny.