The lowdown on the shutdown 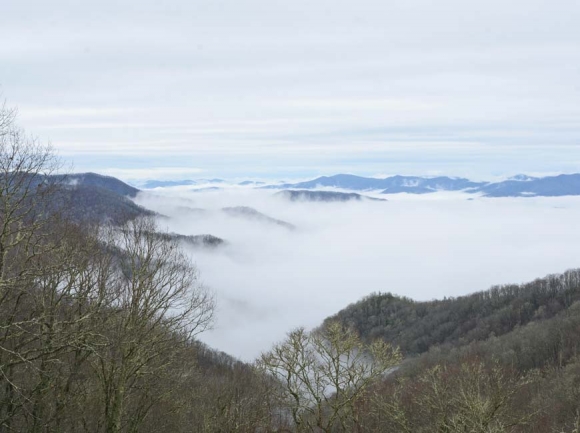 There are plenty of misconceptions about the federal government shutdown — what it is, who it affects, how it happens, and why — but what is clear is that both parties have engaged in the tactic for almost 45 years, and as time goes on, shutdowns are becoming longer, and becoming more commonly used as a policy tool.

Enacted in 1884, the Antideficiency Act prevents the federal government from executing a contract that isn’t fully funded. In effect, that prevents expenditures and even the accrual of charges. Since the mid-1970s, that act has been interpreted to mean that when funding bills aren’t ratified in a timely manner, federal departments and agencies begin to shut down to avoid incurring expenses.

For example, so-called “essential employees” like TSA agents, the military and air traffic controllers must still report to work, but have no indications of when they’ll be paid. Non-essential employees, like U.S. Park Service personnel, are furloughed.

Usually, shutdowns occur when either the House, the Senate or the President doesn’t like what is or isn’t in an appropriations bill. Those revenue or expense issues usually come down to a matter of policy.

The very first time a federal agency had to shut down due to a lack of funding was during the Carter administration in 1980, when the Federal Trade Commission was shut down for a day.

A Ronald Reagan veto of a spending bill — because spending cuts weren’t extensive enough for his taste — shut down the government for a day in 1981; similar circumstances produced another shutdown in 1984 and in 1986, but both lasted less than a day.

President Bill Clinton, a Democrat, also tangled with Gingrich when he vetoed a Republican-crafted appropriations bill that led to a five-day shutdown in November, 1995. That led to another shutdown, this one for 22 days from mid-December through Jan. 6, 1996.

House opposition to the Affordable Care Act in 2013 caused a 16-day shutdown during the Obama administration, the last until President Donald Trump took office in January 2017.

The first shutdown of the Trump era came a year later when the Senate rejected a spending bill over the lack of DACA (Deferred Action for Childhood Arrivals) funding, resulting in a three-day shutdown.

As of press time, Clinton’s second shutdown in 1995-96 remains the longest on record and will remain so unless something happens in regard to the current situation before the weekend of Jan. 11.

The current shutdown began at midnight on Saturday, Dec. 22, when the Democrat-led House passed a stopgap measure to continue government funding. The Republican-led Senate ignored the proposal because it didn’t have the roughly $5.7 billion President Trump wants to fulfill a controversial campaign pledge — his Mexican border wall.

Last September, two appropriations bills were passed by Congress that supplied most of the government with most of what it would need to operate through early December.

On Dec. 6, another continuing resolution was passed that would keep things moving through Dec. 21 and also give House Speaker-elect Pelosi and Senate Minority Leader Chuck Schumer time to negotiate with Trump over his wall demand — something vehemently opposed by Democrats.

But that was before a contentious televised meeting — called “combative” by the New York Times and “heated” by the Washington Post — between the three on Dec. 11, the result of which signaled there would be little compromise on the wall.

“I’m proud to shut down the government over border security,” Trump said.

A week later, Senate Majority Leader Mitch McConnell predicted the shutdown would be averted and said that Trump might be willing to budge on his demand, but after another meeting with Dem leaders — this time, behind closed doors — no progress was made.

A few days after that, on Dec. 22, Congress went into recess for the Christmas holiday, practically ensuring the shutdown’s continuation through the new year. Complicating matters, new members of Congress were subsequently sworn in Jan. 3.

Another meeting held shortly after the new Congress was sworn in seemed to indicate a step backward from any sort of resolution — Trump said the shutdown could last “months or even years,” according to reports from the Associated Press.

Meanwhile, AFP News reports that almost 400,000 federal workers have been furloughed while another 400,000 are working without pay.

The consequences of a prolonged shutdown could have a more far-ranging impact than any previous shutdown; although the Internal Revenue Service will still accept filings, returns could be delayed and benefit programs like SNAP (Supplemental Nutrition Food Assistance) could see drastic cuts come March.

National Parks, monuments and museums are mostly closed or functioning with a skeleton crew of staff, or even volunteers, but some institutions like the Library of Congress and the Smithsonian were funded in December or are still using monies from last year to operate.

A televised speech from President Trump on the wall and, presumably, the shutdown, was slated to air after The Smoky Mountain News went to print the evening of Jan. 8, and a number of continuing resolutions that could fund certain departments were scheduled for a vote on Jan. 9; if neither of those efforts bear fruit, the shutdown of 2018-19 could quickly become the nation’s largest, and costliest.