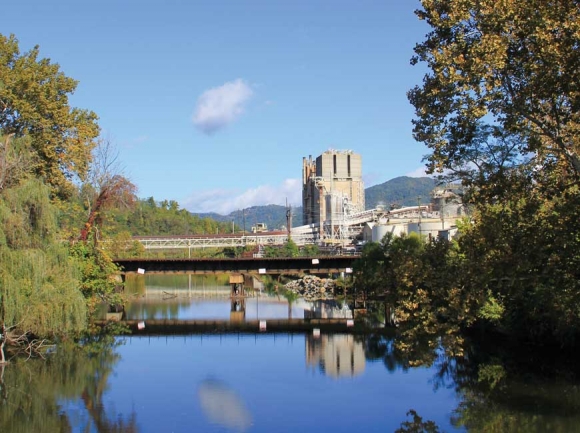 A pair of public hearings for a pair of local businesses — one old, one new, one small and one huge — will solicit citizen input on economic development incentives proposed for Evergreen Packaging and Boojum Brewing.

“We redid our economic development package, as [county Program Administrator] David [Francis] said, a few years ago, and we wanted to attract smaller business and help smaller business and not just the big business,” said Chairman Kevin Ensley. “What’s interesting about these two incentives is that we have a new, emerging business that is just starting and hasn’t been here that long so we’re applying it to that, and then we have an old business that’s really a century-old business, big business, which is usually what you think these incentives are supposed to be for … it’s a good cross-section of businesses.”

And the two couldn’t be more different.

“This is one of the first companies that [former county manager] Ira Dove and I first went to, to discuss the new incentive plan back in June of 2017,” said County Program Administrator David Francis of 11th Hour, the parent company of popular Main Street attraction Boojum Brewing. “Their growth [has] exceeded all expectations. Part of our incentive plan that we developed in 2017 was that we lowered the guidelines down to create new small business attraction and expansion.”

Boojum’s expansion came at its cannery, located on Dayton Drive in Waynesville; Francis said the expansion was worth more than $960,000, and that the company had added two employees as of the beginning of this year.

Property taxes can’t be waived or reduced in North Carolina, but pursuant to N.C. General Statutes, they can be given back to companies in the form of a rebate, once they’ve already been paid.

In this case, the county would reimburse 11th Hour 40 percent of property taxes for the next five years, but in the case of Evergreen, it’ll be 50 percent through 2025.

The public hearing for Evergreen, however, won’t really factor in to whether or not the company will get tax rebates for improvements made at its Canton complex.

“This is a formality,” said Francis. “We agreed to back this in 2014, but per the statutes we have to go through the public hearing.”

What he’s talking about is the $50 million JMAC (Job Maintenance and Capital Development) grant awarded to the company — then Blue Ridge Paper — a few years ago. That helped the company pay for pollution controls and also better wages, to assist with job retention.

“Part of our cooperation with that retention plan was to give up to $20 million in value,” he said. “In 2017, they did roughly about $17.4 million dollars and since then they’ve added another $1.9 [million].”

Currently, Evergreen pays taxes on a depreciated value of $16.5 million, per county documents, plus taxes on the additional $1.9 million. That’s a tax bill of about $108,000 a year, of which the county will rebate approximately $54,000 through 2024.

The public hearing will take place at 5:30 p.m. during the regularly scheduled Jan. 22 meeting of the commission in the Haywood County Historic Courthouse.

The Haywood County Board of Commissioners will kick off budget season with a work session intended to create discussions on the fiscal year 2019-20 county budget. The meeting is typically attended by commissioners, department heads and various administrators, and is open to the public.