How we got here, nobody knows: The best albums of 2018 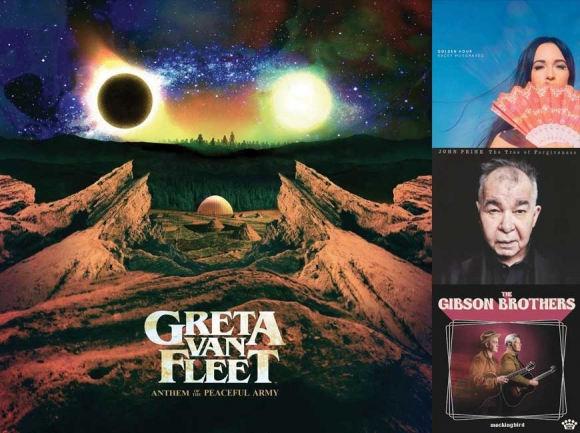 In a year of turmoil, trepidation and tragedy, thankfully we can retreat into the one thing that can shift any emotion back to that of positivity and progression — the sound of music.

Below are a handful of the finest releases of 2018. Seek these albums out, immerse yourself in the power of song and dance, and pass along the melodic happiness to those known and unknown. Remember, we’re all in this together.

The album is a complete artistic statement from the Nashville via Texas rebel songbird.

An existential quest to seek what it all means. The how and why of being alive and present in the universe. The cosmic depths of the ethos within her fingertips. Musgraves is the future of Nashville. Heck, she’s already is in the here and now. She has “it” — that factor which separates good from great.

Musgraves was a Trojan horse coming into the mainstream Nashville country scene some five ago. She takes stands on social issues most of the big names in country music won’t go near with their huge platforms. Her music is a blend of traditional country and millennial tastes, where she seamlessly weaves singer-songwriter stylings with pop and indie rock.

While Margo Price, Sturgill Simpson and Jason Isbell have found the side windows and backdoors into the heart of Nashville and beyond, Musgraves is breaking down the front door.

Barely into their 20s, three brothers and a best friend from Michigan churned out one of finest rock releases in recent memory. Though seemingly every critic immediately points to an obvious comparison to Led Zeppelin (in sound, swagger and sonic prowess), the quartet is much more.

This band is truly forging their own path towards the top of the charts as a real deal hard rock band, something we rock-n-rollers have been waiting a long time for — someone to carry the torch in the digital age.

Combining the likes of indie rock, soul and the bright lights of the Vegas strip (circa the late 1960s), the record brings the Gibsons front-and-center to a whole new audience that complements an already-loyal following.

John Prine — “The Tree of Forgiveness”

The iconic singer-songwriter has had a career renaissance of sorts in the last decade. Prine is “real deal.” If you’re going to be “close to the source,” Prine is the wellspring. He’s the melodic sun by which all who came after orbit around his once-in-a-lifetime presence and tone in joyous harmony.

Though they don’t really tour or record together anymore, lead singer/songwriter Michael Nau of Cotton Jones is as active as ever, releasing — in my humble opinion — some of the finest indie/folk music of our era. In terms of vocal and songwriting abilities, the Maryland troubadour ranks near the top.

Hailing from Louisville, Kentucky, this debut release is a beautifully haunting collection of shoe-gaze indie and acoustic lullabies. There’s something so singular and unique, but also oddly familiar, with the ensemble. The songs cradle you, swaying back-and-forth until your mind is at ease.

Based out of Asheville, the Americana/bluegrass act will surely break into the national scene with this album. Weaving between Southern Appalachian traditional sounds and Nashville honky-tonk mischief, the record also features an appearance by Tyler Childers, one of the fastest rising names in Americana and country circles in recent years.

The War and Treaty — “Healing Tide”

The Michigan husband-and-wife duo are a mezmerizing performance to witness. One moment you feel like you’re at the emotional pinnacle of a gospel revival, the next in the jovial midst of Motown R&B/soul — all of which blends into a modern take on a timeless sound.

Featuring some of the finest musicians on this planet (mandolinist Chris Thile, banjoist Noam Pikelny), the quintet put forth an avant-garde string masterpiece, one with clear intents of kicking up your heels, but also political dialogue, too.

A legendary troubadour, Lauderdale is an old road dog who’s on pace to release as many albums as Willie Nelson has when all is said and done. And, just like Nelson, Lauderdale only seems to get better, wiser with age. His latest is another look in the mirror for Lauderdale, where the tunes pause for moment of reflection — perhaps a hearty laugh in the face of daily life — in an all-too-busy 21st century world.