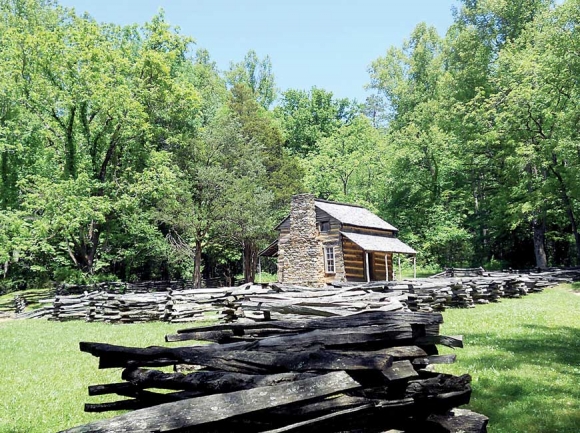 Congress’s failure to approve a discretionary spending budget led to another partial government shutdown beginning Dec. 21, and Western North Carolina’s economy will once again feel the impact the longer it continues.

The latest shutdown means 400,000 “non-critical” federal employees from nine federal agencies have been furloughed until an appropriations agreement can be reached — that includes 78 percent of the Department of Interior’s 68,469 workers who help manage the national parks system. Critical services U.S. Customs and Border Protection and the Departments of Defense, Justice and National Security will remain in operation.

The last major government shutdown occurred in 2013 and lasted for 13 days during October, historically the busiest tourist month of the year. During that time, visitors could still drive the main road through the Smokies, but the roads into outlying recreation areas like Cataloochee Valley, Deep Creek and Big Creek were gated off.

This time around, GSMNP and BRP promise to remain “as accessible as possible” while still following all applicable laws and procedures, according to press releases. Roads and trails that are seasonally open will remain accessible to visitors, but emergency and rescue services will be limited. The park will not be operating campgrounds, picnic areas, restrooms or trash collection services.

“We appreciate the ongoing support offered by those that visit, love and care for Great Smoky Mountains National Park,” said Superintendent Cassius Cash. “During this time period when there are no visitor services, it is imperative that people practice Leave No Trace principles to help us protect park resources over the duration of the shutdown.”

During the winter, the park normally operates campgrounds at Cades Cove and Smokemont. During the partial government shutdown, park staff will not provide maintenance, restrooms, check-in/check-out or reservation services at these areas. Visitors to these campgrounds will not be asked to leave unless safety concerns or apparent resource damage require such action. “Visitors holding campground reservations should be aware that there is no guarantee their reserved campsite will be ready and available should they arrive during the government shutdown,” a press release stated. “In addition, the park cannot issue any new permits for backcountry camping.”

The Great Smoky Mountains Association entered into an agreement with the National Park Service to fund Sugarlands, Oconaluftee and Cades Cove Visitor Centers and associated restroom facilities, but the agreement was only good through Tuesday, Jan. 1. The GSMA bookstore and visitor center in Bryson City will be open.

“GSMA unfortunately has no plans or financial resources available to fund visitor center operations after January 1, 2019,” said Peyton Proffitt, a spokesperson for GSMA.

The park will be conducting snow and ice removal only on three park roadways that are considered thoroughfares to local communities — Newfound Gap Road between Gatlinburg and Cherokee; the Spur between Gatlinburg and Pigeon Forge; and the Foothills Parkway West between Walland and Look Rock for the Top of the World community. Currently, there are several secondary roads closed due to snow and ice. When road conditions improve, these roadways will reopen, but crews will not be plowing them during the shutdown period.

The park website will remain accessible, but it will not be updated with any current information.  Park social media accounts will be suspended during the shutdown period. Information and images from webcams, including the Newfound Gap webcam, will remain accessible at www.nps.gov/grsm/learn/photosmultimedia/webcams.htm. The webcams may become non-functional during the shutdown if the equipment requires maintenance.

Park roads, overlooks and trails on the Blue Ridge Parkway will also remain accessible to visitors as weather permits, but again, emergency and rescue services will be limited. According to a press release from the Parkway, there will be no NPS-provided visitor services at the Blue Ridge Parkway, including public information, restrooms, trash collection and facilities and roads maintenance.

Some lodging, restaurants and other services may be available when provided by concessioners or other entities — like the Southern Highland Craft Guild at the Folk Art Center. Reservations at park hotels, for instance, should be confirmed by contacting the concessioner that operates the hotel or visiting their website. Because of the federal government shutdown, NPS social media and websites are not being monitored or updated and may not reflect current conditions.

As the current shutdown reaches the two-week mark, it’s unclear how long it will continue. The government shut down Dec. 21 after President Donald Trump and Congressional leaders failed to reach a compromise. Negotiations broke down after Trump insisted the spending bill include $5.7 billion in funding for a southern border wall.

Western North Carolina’s U.S. Rep. Mark Meadows, R-Asheville, sent a letter to the Chief Administrative Officer in advance of Friday night’s government funding deadline stating he would not be accepting any salary for the duration of the funding lapse.

“I have been informed that despite a lapse of appropriations and current government shutdown, Members of Congress will continue receiving their salary,” he wrote. “As long as our border security agents, air traffic controllers and TSA agents are not paid and their families not supported, I will not accept any salary. Please withhold my pay until an appropriations agreement has taken effect.”

Specific details of the operating status of Blue Ridge Parkway facilities during the federal government shutdown are:

Park Roads: Parkway motor road is open, unless otherwise closed due to snow/ice.

Picnic Areas: Price Park Picnic Area will remain open as long as the road is accessible/open. All other picnic areas are closed.

For updates on the shutdown, visit www.doi.gov/shutdown.