The Naturalist's Corner: At last 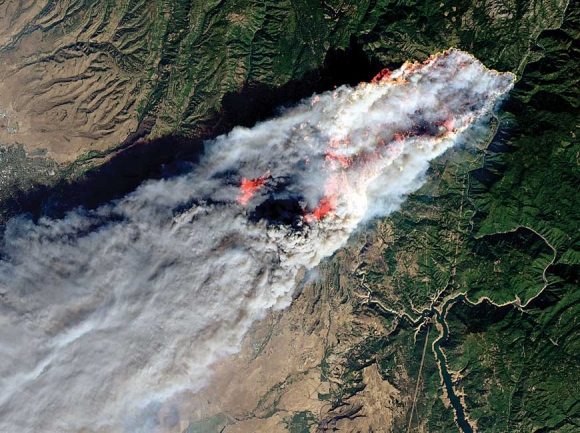 Those radical environmentalists and their aiding and abetting scientists are finally called out.

After the deadliest wildfire in history — the Camp Fire in California, which killed at least 85 people — our climate-denier-in-chief’s Interior Secretary, Ryan Zinke, after declaring that this was not the time for finger pointing went on to tell Brietbart News, “I will lay this on the foot of those environmental radicals that have prevented us from managing the forests for years. And you know what? This is on them.”

Doubling down in a phone conference, Zinke noted that radical environmental groups that would rather burn down the entire forest than cut a single tree or thin the forest have brought lawsuits to stop forest management.

And the sad thing is, it’s time the feds could have used to rake the forests in California. After all, our climate-denier-in-chief took the time, during a tour of the effects of the Camp Fire, to point out that Finland doesn’t have many forest fires because Finn spends, “… a lot of time on raking and cleaning and doing things, and they don’t have any problem. And when it is, it’s a very small problem. So I know everybody’s looking at that to that end.”

And Finnish president Sauli Niinsto corroborated that by telling the Finnish newspaper Ilta-Sanomat that while he and the American president did discuss the California wildfires, the subject of raking never came up.

The sad thing is scientists in this country haven’t caught on yet. The climate-denier-in-chief and his Interior Secretary pooh-pooh climate change and this administration’s own climate report, which states, among other things, “The effects of climate change, including deadly wildfires, increasingly debilitating hurricanes and heat waves, are already battering the United States, and the danger of more such catastrophes is worsening.”

Now that Trump has turned away from the Paris climate accord and is leading America boldly into its blistering future, we need only to corral the radical environmentalists and America will be great enough to burn rivers once again.