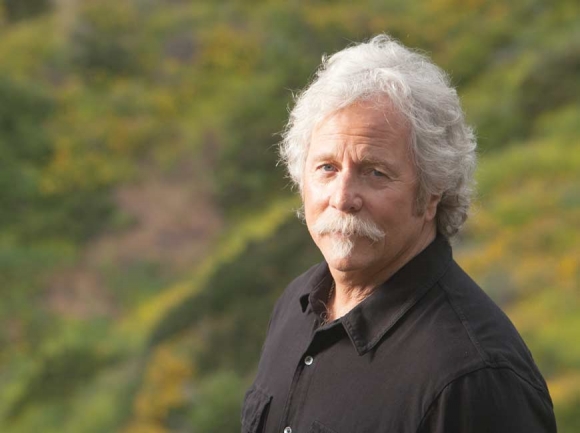 For my mother, who grew up in a 1950s “Leave It to Beaver” household and came of age as a flowerchild in the mid-1960s, the station remained a time machine for her youth, an unbreakable melodic rope between the “then and gone” and the “here and now.”

And whenever we had a free afternoon, my mother, little sister and I would hop into the Camry and head down Route 9 in rural Upstate New York towards Claire & Carl’s Texas Red Hots stand in nearby Plattsburgh. Home of the “Michigan Hot Dog” (a national institution), we’d chomp down on those delicacies from our car hop service, sitting in the car and listening to KOOL 105.

Throughout all these memories, one band truly stuck out for me — The Byrds. There was, and remains, something so mesmerizing about hearing “Turn! Turn! Turn! (To Everything There Is a Season)” or “Mr. Tambourine Man.” Though the former was a Pete Seeger cover and the latter a Bob Dylan cover, The Byrds took those selections and made each immortal in the annals of rock-n-roll history.

Though initially The Byrds had this jingle-jangle folk-rock sound, the band was clearly on a mission as time went along. The melodies were sophisticated, but incredibly catchy and warm to wrap your arms around. The lyrics were powerful — love lost and found, political strife, Vietnam, an urgency for tangible change in our society.

Tunes like “Eight Miles High,” “My Back Pages,” “Wasn’t Born to Follow” or “So You Want to Be a Rock ‘N’ Roll Star” all pushed the envelope in the creative pursuits of a band that wouldn’t be wrangled in by labels or mainstream radio. These are timeless melodies of artistic expression, where experimentation and a “go where you feel” attitude permeated through the group.

And this was no more apparent than with the 1968 release “Sweetheart of the Rodeo,” where The Byrds brought on a somewhat unknown musician, the late Gram Parsons, now a name and record permanently etched in the lore of rock and country music.

With the 50th anniversary of the landmark album, there’s currently a celebration tour of it. Fronted by Rock & Roll Hall of Famers Roger McGuinn and Chris Hillman of The Byrds, the duo is backed by Marty Stuart & His Fabulous Superlatives.

I recently caught up with Hillman, who was also a founding members of The Flying Burrito Brothers (which also included Parsons). At 73, Hillman spoke of this wild and wondrous musical journey he’s been on for most of his life.

“It’s a true gift. If it stops in five minutes, I had a great career,” Hillman said. “I wasn’t Bruce Springsteen or Mick Jagger, and that’s OK. I like to play music. I was just at the right place at the right time, and I got to do something I really love.”

But, it all really hit home for Hillman this past Thanksgiving.

“As I’ve gotten older, I think the greatest blessing I’ve ever had is to have children that were successful,” Hillman said. “And that I have a granddaughter, and a grandson on his way. When we sat down at Thanksgiving we were all together — those things are what really matter.”

Though Hillman was pretty much retired in recent years, he found himself picking back up his instruments when Tom Petty called and wanted to make an album with him. The two became very close, only to have Petty pass away unexpectedly less than two weeks after their album, “Bidin’ My Time,” was released in 2017.

Not long after that, Hillman’s house burned to the ground in a fire, and then McGuinn serendipitously rang him up with an idea for the “Sweetheart of the Rodeo” anniversary tour.

“I hadn’t talked to Roger for quite a while. He was really responsible for putting this all together,” Hillman said. “He thought this would be a good thing to do. He talked to Marty and said, ‘Let’s do something to get Chris going, he’s had a tough year.’”

And as the anniversary rolls along to much acclaim and reverie, Hillman views the whole thing as another step in his personal and professional journey, one of sincere love and kindness put forth — in the music, and in daily interactions.

“To be a human being is to learn compassion and respect, and humility,” Hillman said. “The hardest virtue for any of us to grab hold of is humility — to be humble enough to say you’re sorry or you’re there for somebody. It’s truly a blessing. There are days when it isn’t great, and there’s days when it’s wonderful. Every day is blessing — take it for what you’ve got.”

Editor’s Note: To listen to the full audio of this conversation, go to YouTube and search: “Chris Hillman Garret K. Woodward.” The “Sweetheart of the Rodeo” tour will hit the stage at 8 p.m. Saturday, Dec. 1, at the Paramount Center for the Arts in Bristol, Tennessee. For ticket information, click on www.paramountbristol.org.

2 The inaugural “Feed the Need: Manna FoodBank Benefit” musician showcase will be held at 8:30 p.m. Wednesday, Dec. 5, at Isis Music Hall in Asheville.